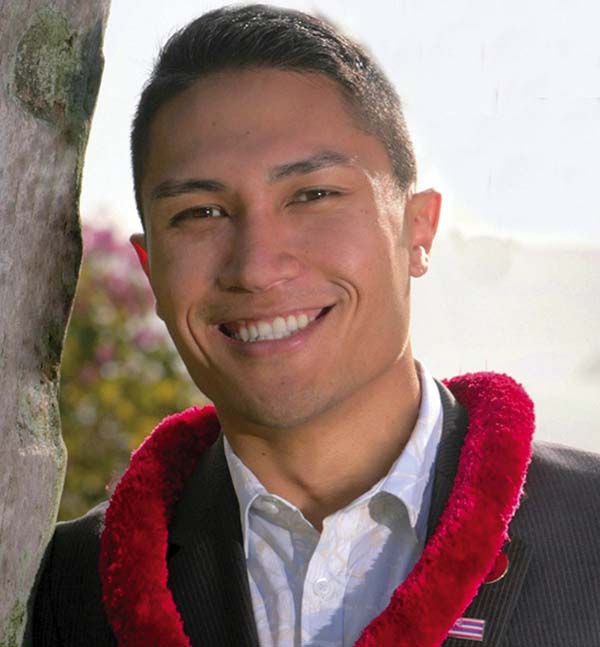 WAILUKU — Saying “I was mistaken” when he made earlier statements about his citation for not having vehicle insurance, state Rep. Kaniela Ing pleaded no contest Wednesday to the traffic crime.

Ing was fined $500, but half of that was suspended for six months on the condition that he not be convicted of another offense. As part of a plea agreement with the prosecution, a charge of failure to appear was dismissed.

In comments to The Maui News in July, as he was seeking re-election to the state House seat representing South Maui, Ing said he was ticketed for not having insurance while fixing his “undriveable” car on the street outside his Kihei residence.

But police said the citation was issued to Ing when he was driving the car as it turned onto South Kihei Road from Welakahao Road. Ing couldn’t produce proof of insurance when he was stopped for having an expired safety sticker and delinquent vehicle tax, police said.

Ing said he paid a fine for the ticket. But police said the citation doesn’t set a fine but noted a Feb. 18 court date for Ing to appear.

After he didn’t show up for the hearing, a bench warrant was issued for his arrest. He was arrested on the warrant July 26 when he turned himself in at the Wailuku Police Station and posted $250 bail to be released.

In sentencing Ing on Wednesday, Judge Blaine Kobayashi followed the plea agreement reached between the defense and prosecution. Kobayashi didn’t suspend Ing’s driver’s license. Ing agreed to have the bail he posted applied to his fine.

When the judge asked Ing if he wanted to say anything in court, he replied, “No, sir.”

Afterward, Lowenthal released a statement by Ing, 28, who is also known as Mark K. Ing.

“This plea deal has satisfied the State of Hawaii and has allowed me to get my personal matters out of the limelight so that I can move forward with the people’s business in the House,” the statement said. “As for my statements to the media over the summer, I stand corrected. Once I saw the reports from this particular case it became clear to me that I was mistaken.

“My vehicle at the time was an older model with a lot of trouble. It is no longer on the road. As we all know, a vehicle must be insured before it’s driven on any of our roads in the State of Hawaii. I commend the police in handling this matter professionally and with aloha.”

After learning about Ing’s plea and sentencing, Barry Aoki, Maui Chapter chairman of the State of Hawaii Organization of Police Officers, said, “I’m glad he’s taking responsibility for his actions. And the officer involved will appreciate it also.”