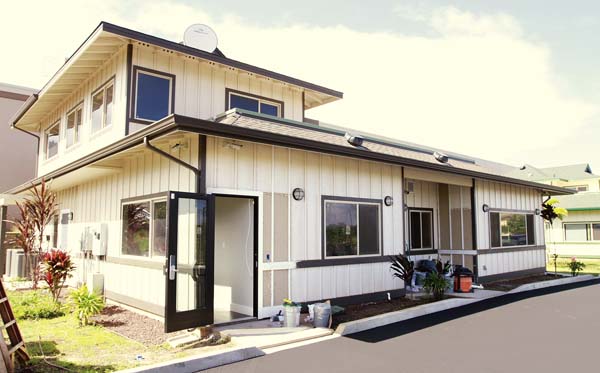 Maui Grown Therapies in the Maui Lani Village Center may be the first licensed medical marijuana dispensary to begin growing marijuana in the state in a couple weeks. The Maui News / CHRIS SUGIDONO photo

Maui’s two licensed medical marijuana dispensaries are weeks away from beginning to grow their first crop, but it may take another four to five months before residents can get their hands on products.

At a news conference Tuesday on Oahu, Health Department officials said that two Oahu dispensers and Maui Grown Therapies and Pono Life Sciences on Maui will be allowed to begin cultivating cannabis once the department launches its seed-to-sale tracking software on Wednesday, according to published reports. The department still has to inspect and give final approval to the dispensaries’ production centers.

“There’s a very good chance we’ll be the first to cultivate” in the state, said Teri Freitas Gorman, director of community relations and patient affairs for Maui Grown Therapies, on Wednesday.

An inspection of Maui Grown Therapies’ Kula production center is scheduled for Monday and should take no longer than a couple of days, Freitas Gorman said. Once it’s found to be compliant, the company can begin growing marijuana.

“We’re very relieved to see this phase begin, so we’re excited about that and looking forward to opening as soon as we possibly can,” Freitas Gorman said. “It’s been a long time coming.”

The company has said that it could begin selling cannabis and cannabis-derivative products 16 weeks after it receives its “notice to proceed with cultivation” from the Health Department.

The production center was inspected once already in August, after which Maui Grown Therapies was ready to begin cultivation. However, plans were halted by the lack of a tracking system, which took the Health Department longer than expected to install. The system will provide 24-hour access to real-time data on cannabis inventory, sales and other information required of dispensaries.

The delays were costing Maui Grown Therapies money, and the company had to cut back hours for some staff and delayed hiring for other positions, Freitas Gorman said. The company has plans to employ 25 to 30 people when growing gets underway with jobs in cultivation, processing, packaging, selling, education and security.

In the meantime, Maui Grown Therapies has continued to work on its dispensary at 44 Paa St. in the Maui Lani Village Center. Work on the interior of the 2,112-square-foot space recently was completed and furnishing will begin “very soon,” Freitas Gorman said.

A second production center, the maximum allowed under the law for a dispenser, could be up and running within the next few months, she said. The second center still needs Health Department approval.

Company officials said then that they were ready to begin production as soon as the OK was given by the Health Department.

Before retail sales can begin, the Health Department must contract with laboratories to test the potency and purity of the marijuana drugs, and the seed-to-sale tracking system must be able to connect with the state’s patient registry system to ensure patients do not purchase more than 4 ounces in a 15-day period, according to the Honolulu Star-Advertiser report of the news conference.

The Health Department said it is reviewing an application from a testing laboratory seeking to open on Maui but no third-party lab has been approved.

“It’s certainly a concern,” Freitas Gorman said. “But the licensees have been working closely with the Department of Health, so we will support efforts toward getting a lab going here on Maui.”

Greg Magdoff, chief operating officer and co-owner of PharmLabs Hawaii LLC, said his company has applied for a license with the Health Department and is awaiting its final audit. He said the company has received its accreditation to conduct laboratory work in Hawaii and should be licensed soon.

“We’re ready, we’re prepared and we’re excited,” Magdoff said. “We have employees in place and state-of-the-art equipment in place.”

The lab, located on Hookele Street near Target, includes robots that are designed to do lab technician work, which “ensures accuracy and reproducibility.” The lab plans to have six to eight employees.

“It’s just a waiting game,” Magdoff said. “We can’t take in samples until we get a license.”

The company, headquartered in San Diego, has developed a “decent rapport” with Hawaii’s dispensaries and has “heard good feedback,” Magdoff said. He declined to say which dispensaries he has been in contact with.

He believes his lab will be offering its services to dispensaries in the next month or two.

In concert with its efforts to begin operations, Maui Grown Therapies is developing its education program for physicians and patients. The company kicked off efforts Wednesday night at the Maui Arts & Cultural Center, highlighted by a presentation by Dr. Andrew Weil, best-selling author and pioneer of integrative medicine.

Weil, who is the founder and director of the Arizona Center for Integrative Medicine at the University of Arizona, serves as the company’s chief scientific officer on the science advisory committee. His talk focused on the medical community and the application of cannabis therapy.

“I think there’s reason to believe that marijuana grown here on the islands are of higher quality and higher therapeutic benefit than anywhere else in the world,” he said.

Weil said the process to get to this point has taken longer than expected, but he believes the medical potential for the products are vast and the safety, great. Many questions Weil has fielded revolve around the kind of products available and the meeting of Health Department conditions.

His work has focused on how products are prepared and proper dosages.

“My general philosophy is that often lower doses and potency forms are preferable,” he said. “That’s part of the educational effort we want to make. We want to have a really strong emphasis on education for both patients and physicians.”

Weil has been involved with medical marijuana since he conducted the first double-blind clinical trials in 1968. He sees Maui as a pioneer.

“I think we can have a model here to really set a standard on how to do this right for other states,” he said.

Maui Grown Therapies in the Maui Lani Village Center may be the first licensed medical marijuana dispensary to begin growing marijuana in the state in a couple weeks. The Maui News / CHRIS SUGIDONO photo