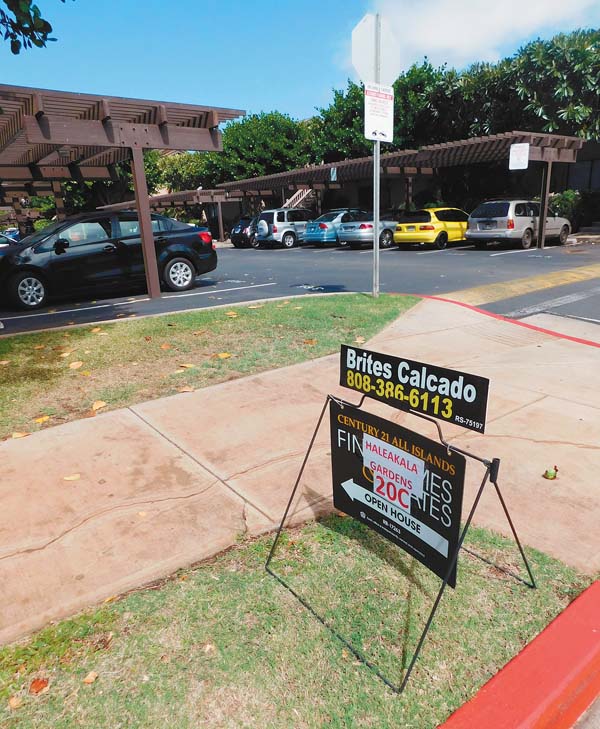 An open-house sign for a unit at Haleakala Gardens is seen along Kulanihakoi Street in Kihei on Sunday afternoon. Kihei led the way in condo sales in January with 36 units sold for a median price of $475,000, according to the Realtors Association of Maui. The Maui News / BRAD SHERMAN photo

The median price of a single-family home in Maui County fell 6.5 percent to $655,000 in January, compared with December when median prices reached $700,500, according to Realtors Association of Maui statistics.

The volume of last month’s single-family home sales was down 11 percent to 65 residences that exchanged hands while the total dollar amount for the month was up 24 percent to nearly $66.9 million, the association reported.

No other area had double-digit sales. The second most single-family home sales were in Kihei, where eight properties exchanged hands, down two from the 10 that sold in January 2016. The Kihei median price was $735,000, up 18 percent from last year’s $624,500.

The median sales amount for condos was the highest in January since at least 2012.

The full Maui statistical report is available at www.RAMaui.com.