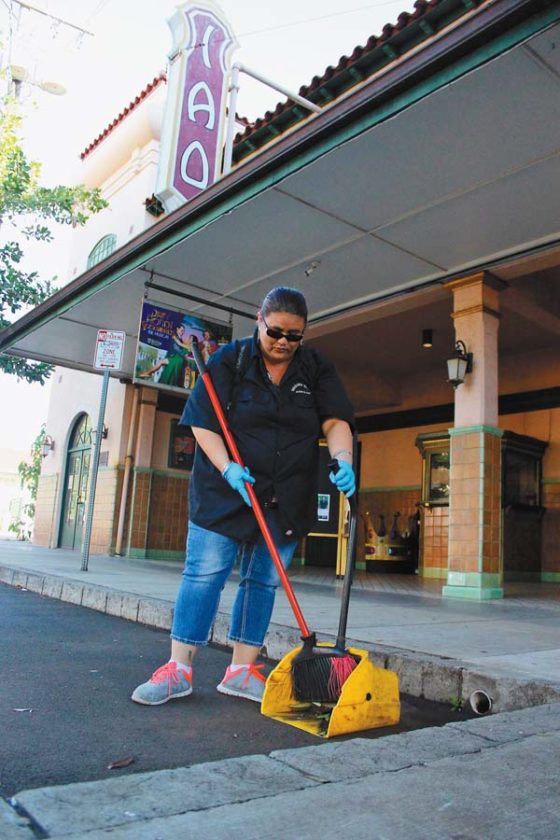 “Merchants were afraid to walk to their cars after hours, business was down throughout town and residents were calling their council member to complain about safety concerns,” Wade said. “The police couldn’t keep up with the situation.”

So Wade called retired police officer Lawrence Kauha’aha’a. She wanted his help in starting a Clean & Safe program for Wailuku, a system used around the country to improve neighborhoods and cities. He suggested what he hoped would be a “win-win” for the town: giving homeless and mental health clients jobs cleaning the streets.

People blamed the mental health and church outreach programs in the area. The services, they said, were attracting more homeless. But Kauha’aha’a saw the local mental health office as the solution.

Less than a year after Wailuku’s Clean & Safe program was born, business owners say the town’s atmosphere has improved, and the people who were given jobs say they’ve gotten their dignity back. 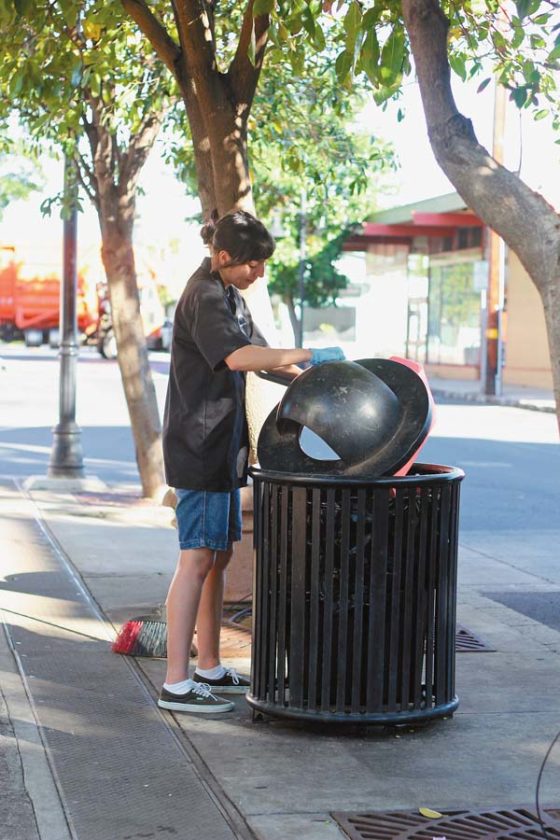 Trina Zander pours a dustbin full of leaves and trash into a rubbish bin on Market Street. The Maui News / COLLEEN UECHI photo

“A lot of them couldn’t find jobs,” Kauha’aha’a said. “No one would hire them. When they finally got an opportunity, they really latched on.”

Clean & Safe started in August as a project of the Maui Redevelopment Agency, which is a board of the county Planning Department. It’s part of the ongoing effort to revitalize Wailuku town.

In 2010, the Maui Redevelopment Agency hired an expert on downtown planning and economic development to help guide Wailuku town’s revitalization, Wade said. The expert recommended starting with a Clean & Safe Program — which he deemed even more important than parking.

“Because even with all the parking in the world, people wouldn’t come if the place was a mess and didn’t feel safe,” Wade said.

As homelessness became a growing issue in Wailuku, Wade turned to Kauha’aha’a. She’d worked with him on many events and knew his ability to “read people like a book.” In fact, she’d asked him several times before if he’d be interested in starting Clean & Safe, but the former officer already had his hands full with teaching and coaching. 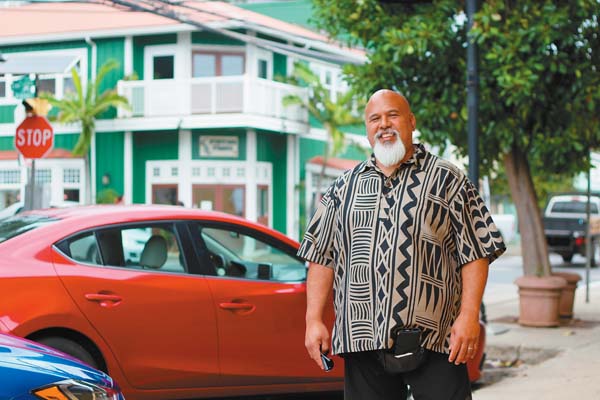 However, in September 2015, Kauha’aha’a “must have heard the desperation in my voice,” and agreed to help, Wade said.

Now, every morning and afternoon Monday through Saturday, 11 workers take shifts sweeping and cleaning the streets, from the travel agency on Market Street down to Valley Isle Marine Center on Wells Street.

“We just pretty much pushing brooms, staying out of trouble,” Toyama said. “The majority of us was homeless. (Kauha’aha’a) gave us dignity.”

Mental Health Kokua worked with Toyama for three years, helping her shake a drug addiction and a string of ATM robberies. Now, she gets her own money out of the machine and rents an apartment Upcountry. Jobs like the Clean & Safe program keep Toyama busy and away from the life she used to have, she said.

“I moved to Maui for bigger and better things,” Toyama said. “This is what I end up doing. Pushing brooms, talking to people, just to find myself and develop my self-esteem.”

Trina Zander, who lives at the Mental Health Kokua group home, said that she enjoys getting “to socialize with people and open up” while sweeping the streets.

“I’m glad that I get to help the community,” Zander said. “I like how people tell me and my co-workers that we’re doing a good job.”

Meanwhile, Kauha’aha’a and a hand-picked safety team walk all around Wailuku town, looking for people on the streets who might need help. They don’t wear uniforms and they’re not law enforcement — they’re just trying to get to people before incidents happen, Kauha’aha’a said. For example, if they see someone digging through the trash, they’ll ask when was the last time the person ate or had a shower, and connect them with an expert at Mental Health Kokua, if necessary.

“It’s way more rewarding when we can come upon somebody and walk them into someplace and get them help before they ever got themselves in trouble,” he said.

Kauha’aha’a, who was with the Maui Police Department’s Lahaina division for 25 years, knows that police have a lot on their plate and wants to help. His team is out on the streets every day from 7 a.m. to 7 p.m.

Megan Kanekoa, co-owner of Wailuku Coffee Co. on Market Street, said it helps to have a resource like Clean & Safe that’s familiar with many of Wailuku’s homeless and can quickly get them services they need.

“I have nothing but good things to say about Clean & Safe,” she said. “They’re employing people in this neighborhood that need jobs, that need to have that sense of ownership over this community and need to be re-entered into the workforce.”

And when she drives down the street, everything is “so much cleaner,” she added.

Kauha’ah’a said business owners, social services and law enforcement have all been coming together to make the town safer.

“If you’re changing the image of the town, you have to change the image of all the people in it,” Kauha’aha’a said. “Everyone should take credit for this, because that’s who did this. As a cop, I remember one of my friends said, ‘If it works, give the community credit for it. If not, you’re responsible.'”

Trina Zander pours a dustbin full of leaves and trash into a rubbish bin on Market Street. The Maui News / COLLEEN UECHI photo 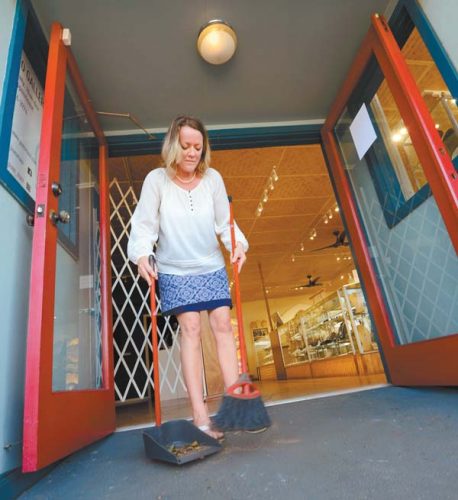