‘Our job is just to love on these kids’ 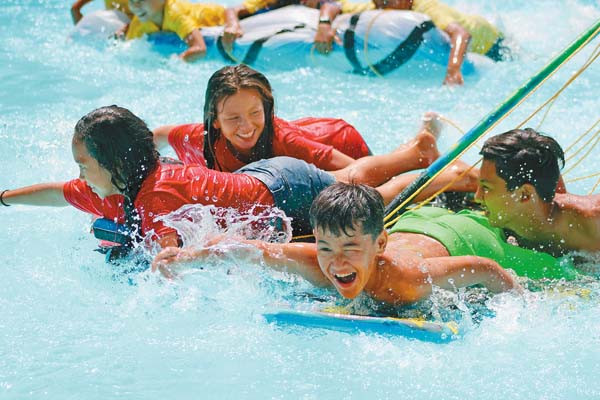 Red Team members furiously paddle their way to victory Sunday in the Camp Maluhia pool. They were among 112 children attending Camp Pilialoha O Maui, a program for kids whose parent or parents are incarcerated. The Maui News / COLLEEN UECHI photo

Kailana Ragudo “never really realized how much I hated my dad” until she went to Camp Pilialoha O Maui and started talking to other kids whose parents were incarcerated. Surrounded by others who felt the same abandonment she felt, Ragudo took a difficult step toward forgiveness one night.

“Every year that I come, I’m still in the process of forgiving him,” said Ragudo, now a high school senior and camp mentor. “(This camp) has really helped me with that.”

Many youths like Ragudo look forward to Camp Pilialoha O Maui every year — a chance not only to play games but also to connect with others who know what it’s like to have a parent behind bars.

For seven years, Derek and Julie Smith had been taking kids to Camp Agape on Oahu, a gathering for kids whose parents are incarcerated. Soon the group got so big that “it didn’t make sense to fly over,” Derek Smith said. So they started a nonprofit camp of the same name on Maui in 2014, later changing it to Camp Pilialoha O Maui for trademark reasons.

Fifteen churches on Maui participate in the camp, with a different youth pastor speaking every day. The goal is to get kids plugged in to local youth groups, to give them something in the community where they can find roots “and really try to stop this recidivism rate,” said Derek Smith, camp director and head chaplain at Maui Community Correctional Center. 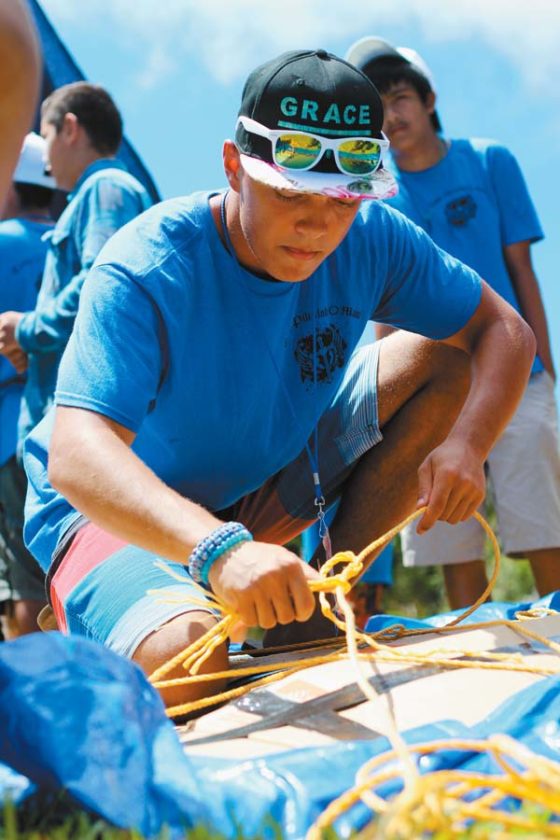 The camp is open to kids ages 7 to 17 and has grown from 89 attendees in its first year to 112 this year, including seven from Molokai. All expenses for the kids are covered by donors, and each attendee is given a brand-new backpack, sleeping bag and toiletries.

Kids split into teams for games and talent competitions. Every day the camp has a different theme: trust, love, forgiveness and hope and prayer.

Ragudo has been coming for four years, and attended camps on other islands before that. She was only 1 or 2 years old when her father was incarcerated on various charges that included theft, drugs and pulling a gun on a minor. Living with her mom and five siblings, Ragudo often felt alone.

“It was really hard to feel . . . like I got attention,” she said. “It was hard not having your dad there to see you go to high school, see you get your license.”

Over the years, Ragudo’s father has been in and out of jail, and she’s only seen him three or four times in her life. 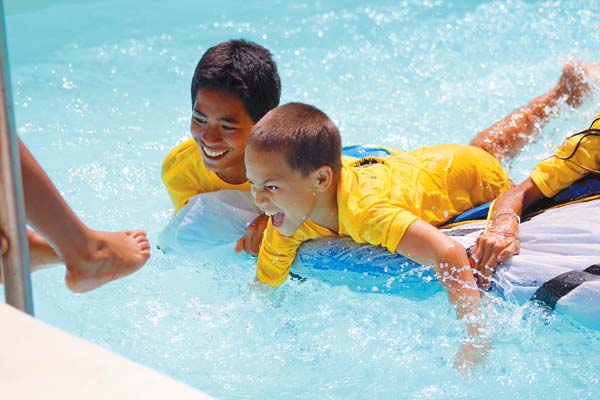 “Most of my friends had their dads. They had two parents,” Ragudo said. “And it was just really hard to go through that as a little kid. . . . My dad’s not even going to see me graduate this year.”

But, by coming to camp, Ragudo’s learned to forgive her dad. She’s become a Christian. And now she helps mentor younger children, known as “angels.”

“When I get here, the children are so to themselves, and they don’t really open up,” said Ragudo, an 18-year-old Maui High School senior. “I like seeing the change that this camp does, how angels go from not wanting to come to not wanting to go home.”

Like Ragudo, 15-year-old Kaiea Kane has grown into a mentor. Kane was around 4 or 5 years old when his dad went to prison for embezzling from a Lahaina restaurant where he was the general manager. Right before Kane’s dad left, he gave his son a glass owl.

“He said, ‘Look into it and close your eyes at night, and you’ll see me,'” Kane recalled.

“Sometimes I’d cry myself to sleep, because I had pictures of my dad in my room, and I’d think way too hard (about him).”

Growing up, Kane struggled most with “trying to find my place to fit in with everyone else.” At camp, he found kids who knew exactly where he was coming from.

“After everything that went on at home, I got to know and learn how to forgive and love other people,” said Kane, now a sophomore at Maui High. “I learned to pray. It’s pretty crazy because then I go home to my little brothers and I talk to them about it. It’s super cool that I get to see these kids grow and then I get to go home and see my other little brothers grow as well.”

As chaplains at MCCC, Derek and Julie Smith see the parents of many of the campers on a regular basis.

“It’s just a blessing to hug on these women’s kids and be able to share (with the parents) what awesome kids they have,” Julie Smith said. “A lot of them are told, ‘You’re going to be just like your dad, or you’re going to be just like your mom.’ It’s like, OK, what chance do you have when someone’s telling you that? If we can share with them that they’re making their choices for their life.”

Camp staff can’t change the children’s home lives, but they can equip the kids to deal with situations they’re not comfortable with.

“Some of them, what they go home to, is almost criminal,” Derek Smith said. “But that’s not our job. Our job is just to love on these kids.”

Many of the kids thrive because they’re surrounded by supportive families — aunties, uncles or grandparents who step in to help raise them.

Jennifer Perez adopted her two nephews eight years ago, after she and her sister agreed they wanted a stable life for the boys.

Perez’s sister has struggled with drug use and has served time intermittently over the past 10 years. She’s been sending the two boys to camp for four years, “and they come home every year blessed.”

Perez raised four kids on her own after her husband left. She’s taught them and her nephews that it’s OK to be upset but not to let their anger slip into hatred, because “your mom is still your mom.”

“The greatest challenge is just letting them know that we do love them, and that mom still loves them no matter what,” Perez said.

In the future, Derek Smith hopes that Camp Pilialoha O Maui can have a permanent home. He’s “actively looking” for a space that could be shared with other family-focused programs on Maui, so that the children can enjoy programs year-round.

Red Team members furiously paddle their way to victory Sunday in the Camp Maluhia pool. They were among 112 children attending Camp Pilialoha O Maui, a program for kids whose parent or parents are incarcerated. The Maui News / COLLEEN UECHI photo

Eric Monda of Colorado arrives at the finish line to take second place in the 10K. The Maui News / BRAD SHERMAN photo

Trisha Becque of Arizona heads to a fourth-place finish in the female 40-49 division in the 10K. The Maui News / BRAD SHERMAN photo

Runners in the Valley to the Sea 10-kilometer and 5-kilometer races take off from the starting line at the Hawaiian Islands Humpback Whale National Marine Sanctuary on Saturday. The Maui News / BRAD SHERMAN photo