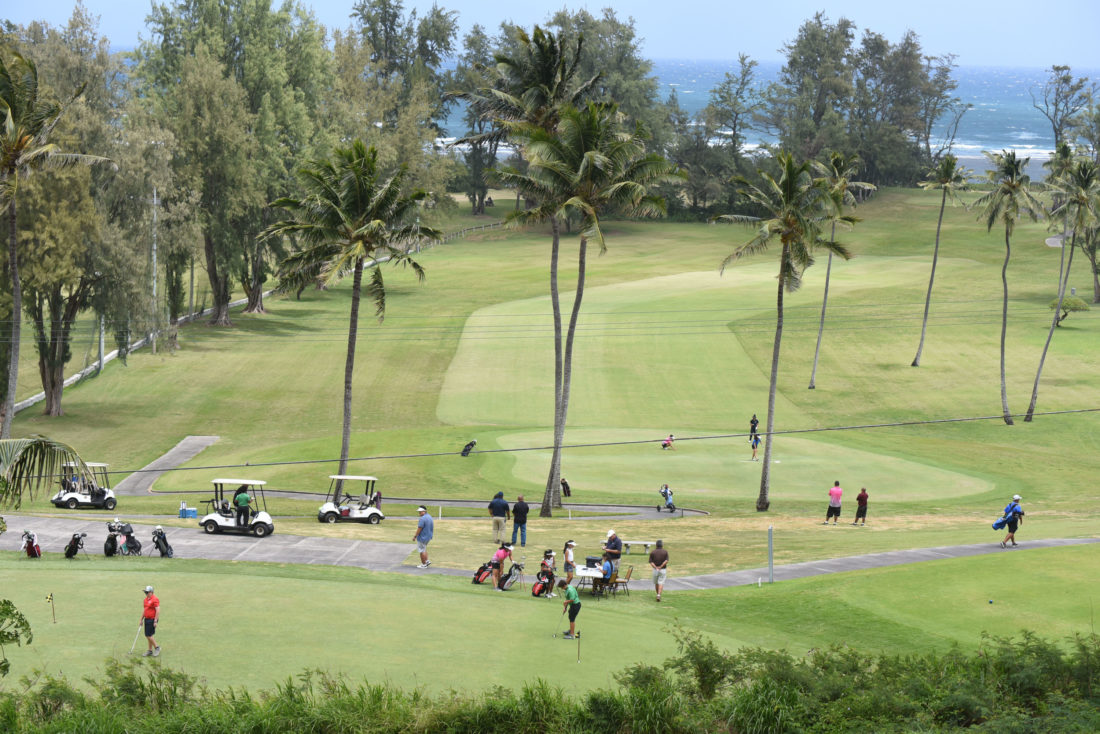 WAILUKU — Several Maui County Council members have directly expressed the desire to find ways to keep the Waiehu Municipal Golf Course open, despite Mayor Alan Arakawa’s proposal to mull over the closure of the 87-year-old course due to millions of dollars of losses in the past decade.

During his March 9 State of the County address, Arakawa said that the course is losing nearly $3 million a year and has lost $16.3 million over the past decade. The course earned $1 million last year and spent $4 million. In his $720.3 million proposed budget, Arakawa left the course on the chopping block and noted the 20 jobs at the course would be transferred to different areas of the Department of Parks and Recreation.

Parks Director Ka’ala Buenconsejo has said that Arakawa’s comments basically point to being fiscally responsible and finding more solutions for the revenue loss.

Council Member Don Guzman said that no other county park facility raises its own money.

“Either we start raising the rates to come halfway there, or we start doing user fees across the board — pools, baseball, parks, the stadium, War Memorial gym. It’s not fair we specifically single out one activity in this county, an activity working families depend on,” he said. 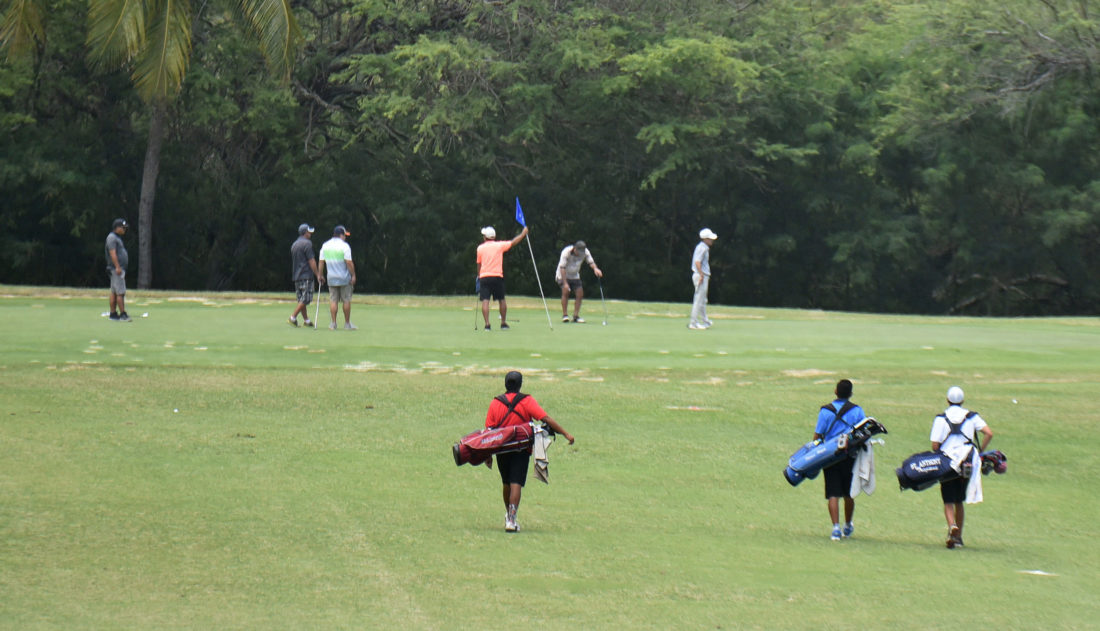 His comments came as members of the council’s Budget and Finance Committee took their first stab at the possible public golf course closure during a meeting that lasted well into Tuesday night. No decisions were made. The council’s budget deliberations continue this month. Council members have until June 10 to take final action on the budget to take effect July 1.

Guzman said that, with green fees at private courses beginning around $75 per round, “there is no way working families can go out and play.

“We got to find a way to save this course,” he said.

Council Member Yuki Lei Sugimura said: “How do we keep this so it is a viable sport in our community? (The course) is being used by all different age groups.”

She noted Arakawa’s proposal to invest around $200,000 in county funds to subsidize senior and junior golfers’ play at other courses if Waiehu is shut down, and she questioned whether that plan would really help and for how long.

“I would like to see the golf course maintained, if we could,” Sugimura said.

Council members also pointed out that the course should crack down on golfers who fail to show up for their tee times and should have a way to accept credit cards, which could boost revenue.

Council Chairman Mike White said he was surprised to hear that the course did not take credit cards.

“To me, that’s the first thing we have to fix,” he said, noting that allowing payment with credit cards is a way to charge people who fail to make their tee times, as well as easily book golfers in the future.

(Committee Chairman Riki Hokama said that the credit card issue lies with the Department of Finance.)

“If you’re not able to do that, you are missing out. We need to give (the parks department) the support, if the operation is going to continue, I think you can tell I don’t see any reason not to,” White said.

Golf course superintendent Todd Allen said that the department is working on permitting credit card charges, which he wanted to implement two years ago when he got to the job.

Council members also questioned the county’s golf course administrative costs, which rose from $214,211 in 2014 to around $1.2 million in 2016, with the county administration asked to come back to the council with more details on what the fees are used for and how they are assessed. Budget Director Lynn Araki-Regan said that the fees are used for support provided by central services departments such as the County Council, finance and personnel departments, and countywide costs and programs.

For comparison, Allen said, administrative fees assessed to other municipal courses throughout the state include $130,000 for Wailua Municipal on Kauai and $836,000 for the six courses run by the City and County of Honolulu. The municipal course in Hilo does not have an administration fee cost, he said.

White also asked about staffing at the courses and how staff at Waiehu compared to other municipal golf courses across the state.

“Their staffing are the same or slightly higher,” Allen said.

He said staffing depends on the type of course and operations, such as those that use golf carts.

Council Member Kelly King questioned how viable Arakawa’s golf course plan would be for saving money because workers would be retained and salaries would amount to around $1 million a year, which is one-third of what Arakawa said the county is losing.

Deputy parks Director Brianne Savage said that the course staff is needed elsewhere where there are shortages and transitioning staff to other areas alleviates the need for expansion positions.

Buenconsejo added: “We cannot continue to accept parks with no method to fund it or man it. These positions do not come to parks, (if the) golf course runs as is. We may have to come back for a budget amendment.”

In responding to questions from Hokama, Buenconsejo said that the county is looking at options for what can be done to improve the course, whether it be partnerships or seeking help from private entities.

Hokama said that he appreciated the work, but noted the council would make the policy decision.

After the meeting, Buenconsejo said he believed the discussions “went well.”

“I think everyone wants to keep the course open; we just need to be creative in exploring possible solutions,” he said.

But, he added, long-term improvements need to be considered, such as infrastructure upgrades to the course’s clubhouse.

During the meeting, Araki-Regan said that upgrades to the clubhouse could cost around $5 million. But White was not fazed by that amount. He noted that other repairs cost millions of dollars, and the council could chose to fund or not fund a particular project.

Earlier in Tuesday’s meeting, around a half-dozen Waiehu Municipal Golf Course workers and at least two community members testified before the committee, urging council members not to cut the course, which benefits children and senior citizens who get their exercise and enjoy a social outlet on the course. The course allows everyday working people an affordable way to play golf, they added.

At least one testifier suggested forming a golf committee to discuss the course’s problems and ways to remedy them.

Arthur Rego, the golf professional at Waiehu, said that such a committee should include those who play there to discuss course fees and operational improvements.

“There are people that want to volunteer and help,” Rego said.

He said that the course keeps children off the streets and occupied for several hours.

“Let’s really think about this a little longer and save the golf course for the kids. That’s our future,” he said.

Michael Ishikawa, president of the Maui Junior Golf Association, urged council members to fund the course, saying many youngsters, including his daughter, would not have the opportunity to play golf nor receive scholarships to play golf in college if it wasn’t for the Waiehu Golf Course.

He said no course would let someone play only three holes or walk on the course to play nine holes just to “hone your skills.”

“In a world where there is so many influences, many of them bad influences, why take away something that is good?” Ishikawa said.

He said that he understands many are asking for money during the budget deliberations.

“In terms of Waiehu Golf Course, sometimes you got to look beyond the money, beyond the cost,” he said.

He said that the “juniors,” or young golfers, are good students and will be good community leaders some day.

Jeffrey Smith said: “I think it would be a terrible thing to close this course down.”

He said that the course was the first municipal course in the state, and it’s the only sport people can play well into their 80s.

Maui High’s Reese Guzman watches her birdie putt on the 13th hole settle next to the the cup Wednesday afternoon. • The Maui News / MATTHEW THAYER photo

Keith Shirota was 11-9 overall and 11-6 in the Maui Interscho-lastic League in two seasons as Maui High School’s coach. • AP photo

A crew from Premier Restoration Hawaii cleans out the old Savers store on Dairy Road in Kahului on Wednesday afternoon. • The Maui News / MATTHEW THAYER photo

The Maui Marketplace is quiet Wednesday without former anchor tenants Lowe’s Home Improvement Center (right) and Sports Authority. Lowe’s moved to a new location across from Target and Sports Authority closed due to financial troubles of its parent company. • The Maui News / MATTHEW THAYER photo

Maui Grown Therapies’ 2,112-square-foot retail store will be holding open houses to the public from 10 a.m. to 2 p.m. Saturday and April 22. Photography and video recording are forbidden by state law. Once open for business, medical marijuana cardholders will be able to speak with dispensary workers about products and pricing inside the store’s education room (Third photo). Maui Grown Therapies photo