VIDEO: Maui is ready for its close-up at film festival

Island filmmaking in the spotlight 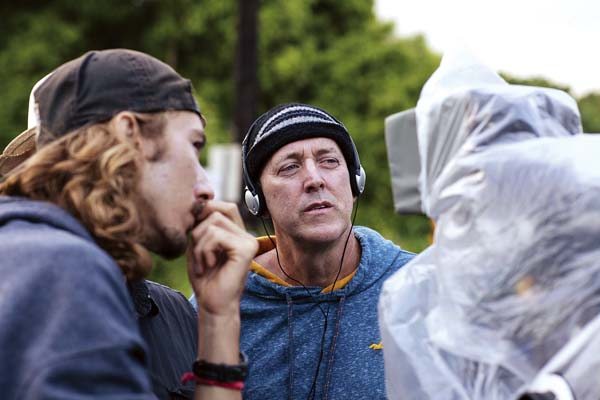 Reece Pottorff, assistant cameraman, and Brian Kohne, writer/director, are shown on the set of “Kuleana.” The locally produced mystery-drama set on Maui in the early years of statehood will be shown at the Maui Film Festival at Wailea on June 23. -- JACK GRACE photo

WAILEA — “Kuleana,” a locally produced mystery-drama set on Maui in the early years of statehood, is getting the star treatment from the Maui Film Festival at Wailea.

Written and directed by Brian Kohne and produced by Stefan Schaefer, “Kuleana” features a host of local talent on both sides of the camera in its cast and crew. It will have its Hawaii premiere at the festival’s Celestial Cinema in the coveted 8 p.m. Friday slot June 23.

“Kuleana” is the first film announced for the festival’s 18th season, running June 21 to 25 in Wailea and at the Maui Arts & Cultural. It will be the centerpiece of a Friday night triple-feature “celebrating Hawaii and Hawaiian filmmakers,” said the festival’s founder and director, Barry Rivers. The films will screen in the festival’s signature venue, a natural amphitheater capable of seating thousands on beach chairs and blankets, on the Wailea Gold and Emerald golf courses, under the night sky.

“And for Maui locals and kamaaina who live to surf, the festival will present two nights of surf films on Thursday, June 22, and Sunday, June 25,” Rivers went on. These include “Take Every Wave: The Life of Laird Hamilton” and Taylor Steele’s new surfing documentary “Proximity” featuring Kelly Slater, Rob Machado, John John Florence and Maui phenom Albee Layer. 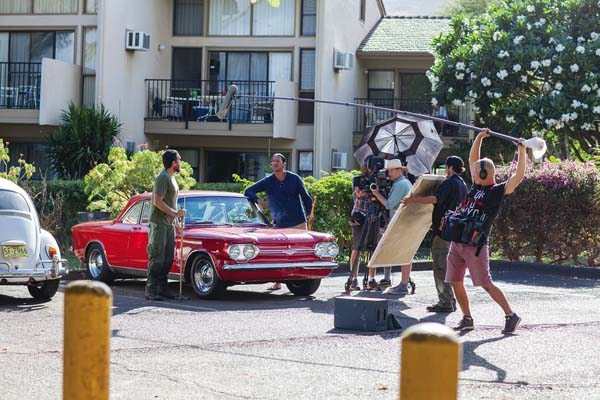 Moronai Kanekoa (left) and Vene Chun shoot a scene in “Kuleana.” Kanekoa, the film’s protagonist, is a Maui High School graduate and grew up in Kahului. -- JACK GRACE photo

Rivers joked that his lips were still sealed about other announcements for this year’s festival, including its honorees and film lineup. The Maui Film Festival has built a reputation for balancing A-list screen giants with artists in the ascendency of their careers in its scores of tributes. In recent years it honored actresses Brie Larson and Viola Davis shortly before they went on to win Academy Awards.

“Kuleana” writer-director Kohne expressed gratitude at getting such a prestigious launch for his made-on-Maui film.

“Barry Rivers has a remarkably refined eye for cinema,” said Kohne. “The diverse art and accomplished personalities Maui audiences have been blessed to experience at the Maui Film Festival and FirstLight are a result of his careful, passionate curation. To have cleared his bar with a work of narrative fiction from and about the islands perhaps speaks to the quality of our motion picture. It’s testimony to the brilliance of our cast and crew.”

“Kuleana” takes its title from the Hawaiian word for “responsibility.” It is set in 1959, the year of statehood, and 1971, when “A disabled Vietnam vet must rediscover the Hawaiian warrior within to protect his family, defend their land and clear his father’s name,” summarized Kohne.

Parts of the dialogue are spoken in olelo Hawaii — the Hawaiian language — subtitled into English. 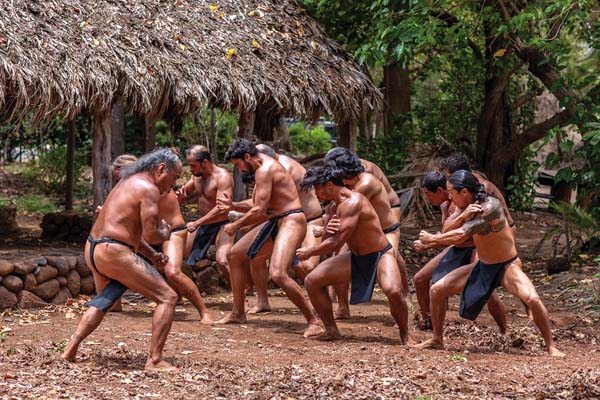 The warriors of “Kuleana” are shown in a scene from the film. -- JACK GRACE photo

Kohne said the seeds of the story were sown during his boyhood growing up on Maui.

“Watching the bombing of Kahoolawe as a 5-year-old and living through the Hawaiian Renaissance of the ’70s informs many of the core ideas. Upon returning to Maui from California 12 years ago, the project became a way to reconnect with culture and community, learn the craft of screenwriting, and continue to process the loss of my father, William L. Kohne, a Wailuku attorney who died in ’89.”

Kohne and producer Schaefer, who also plays a key role in the cast, first collaborated on the 2011 screwball musical comedy “Get a Job,” which was also produced on Maui and laid the groundwork for the cast and crew that worked on the new film.

Unlike their first collaboration, this one is a drama with strong cultural and political undertones. It is also a period piece, an evocation of an earlier Maui.

“I think we explore a number of issues of the day, which remain as, if not more, important today,” said Kohne. “Associate producer Kathy Collins was especially helpful in collaboration over the years as we discussed various ways to bring the era to life on screen.” 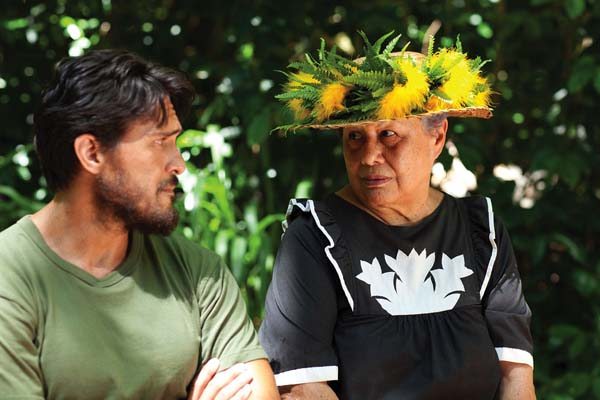 All of “Kuleana’s” stars have strong roots in the islands.

Moronai Kanekoa, who plays the film’s protagonist, is a Maui High graduate, born and raised in Kahului, who toured the state in Gary Kubota’s one-man play, “The Legend of Ko’olau.”

“Sonya Balmores (‘Soul Surfer’) was born on Kauai where her family still resides. Kristina Anapau (‘True Blood’) is from Hilo,” said Kohne. “All three now live in L.A. where they are making a go of it in the motion picture industry. Such a blessing and reminder of the many gifted artists from the islands in Hollywood who would love the opportunity to work here at home.”

He also singled out the film’s producer for his work in front of the camera. “Stefan Schaefer, who plays against reality as a not-so-nice-man on screen, is another gem.”

Other faces on the screen will be instantly recognizable to local audiences.

“One of the sheer joys for me is working with entertainers I’ve admired from afar, such as Marlene Sai, Mel Cabang and Branscombe Richmond,” said Kohne. “Then there’s the thrill of sharing the moment on set with those new to the screen such as Kainoa Horcajo, Vene Chun and Steven Dascoulias of Maui OnStage. I’m excited about the performances of young Ryan Ursua and my niece, Kealani Warner. Of course, a number of our usual suspects such as Willie K, Augie T, Chelsea Hill and Eric Gilliom pop up in the movie, too.”

The Maui Film Festival premiere is part of an international rollout for the film.

“We’ll achieve a good sense of our international appeal next month when our L.A.-based sales agent, TriCoast Worldwide, screens it in the Cannes European Marketplace in France,” said Kohne. “We anticipate invitations to other film festivals throughout summer, with an eye on opening in island theaters this fall. Eventually, ‘Kuleana’ will find its way to domestic distribution platforms such as cable, digital VOD and the subscription services.”

“We cast our crew as carefully as we do our cast, so that was part of the process,” he said. “Many had worked together on ‘Get a Job,’ so we enjoyed familiarity and love from day one. The 15-day shooting schedule was brutal — the extraordinary dedication and commitment from cast, crew, local businesses and our many supporters in the community are the reason the movie is both powerful and heartfelt.”

* Rick Chatenever was the video documentarian for the filming of “Kuleana.”