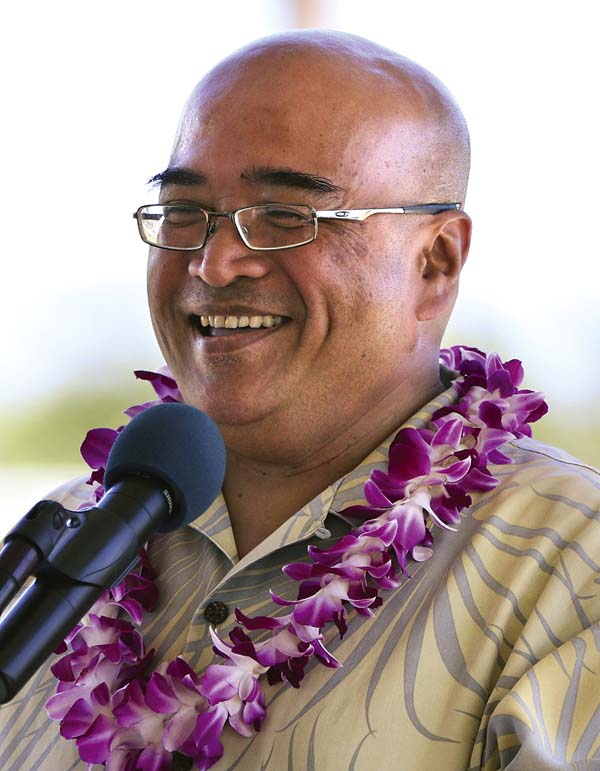 State lawmakers have less than a week to agree over a bill that would protect county lifeguards on state beaches or to let it expire and open the state up to the possibility of personal injury lawsuits — and it appears neither side is budging, a Maui senator said Wednesday.

A bill to extend limited liability immunity for county lifeguards made its way through the Senate, but the House’s version guts the original measure. The protection has been in place for the past 15 years and is due to expire June 30.

That means Makena State Beach Park, which consistently ranks among the top beaches in the state for spinal cord injuries, could lose its county lifeguards.

“Over the last couple weeks the discussions have been ‘are they willing to come back and change their position,’ “ Sen. Gil Keith-Agaran said. “At this point, I get the sense there’s no movement on either side.”

A conference committee will seek to hammer out the differences between the two sides before the legislative session ends May 4.

“It was a middle ground,” Keith-Agaran said of the extension. “I thought it was a reasonable step.”

The House version requires the state attorney general to defend any civil action based on the negligence, wrongful act or omission of a county lifeguard for services at a designated state beach park.

Hawaii Association for Justice, the professional organization for the state’s personal injury lawyers, has hired a lobbyist to oppose the permanent liability protection. The association maintains that giving lifeguards “immunity” from performing their duties in an “unreasonable or negligent manner is bad public policy and compromises safety for residents and visitors alike,” lobbyist Bob Toyofuku said in written testimony.

All of Hawaii’s mayors and county councils have asked for permanent limited liability protection for their ocean lifeguards. The law shields county lifeguards and counties providing ocean lifeguard services at state beaches “except in the case of gross negligence or wanton acts or omissions.”

Mayor Alan Arakawa has said that, without the protections, the county will not be able to provide lifeguards at state beach parks “due to fear of potential liability.”

Maui Council Chairman Mike White said that the bill “must pass,” or else “major liability concerns will arise,” in his Chair’s 3 Minutes column published earlier this month.

“Simply put, this will extend protections the state granted to itself decades ago, but has refused to permanently offer to counties,” White wrote.

Colin Yamamoto, a battalion chief of Ocean Safety, said Wednesday that the law must be made permanent and should extend to all 406 county lifeguards in Hawaii, rather than just for the 30 or so lifeguards at state beaches. He said that the law, Act 170, was originally established to minimize frivolous lawsuits that were becoming increasingly common and costly to defend.

Lifeguards were placed at Makena after the state granted the county protection, Yamamoto said. Makena recorded the most spinal cord injuries in the state from 2009 to 2013 with 22, according to the state Department of Health’s Injury Prevention and Control Section.

Keith-Agaran did not know how many lawsuits have been filed over the last couple of years against county lifeguards, but said that Ocean Safety officials should be protected. He said legislators have done a lot in recent years to “recognize the importance of lifeguards.”

“I think lifeguards provide a really important service,” he said. “We want to make sure that we support them, providing them protection and making sure that they’re trained and well-compensated.”

Keith-Agaran added, however, that the House has the advantage in conference because of the impending expiration. He offered that Gov. David Ige could request the issue be resolved due to the public interest in the matter.

“If nothing happens, then the law disappears so that’s why, in some ways, what they have provided in their draft is a take it or leave it,” Keith-Agaran said.