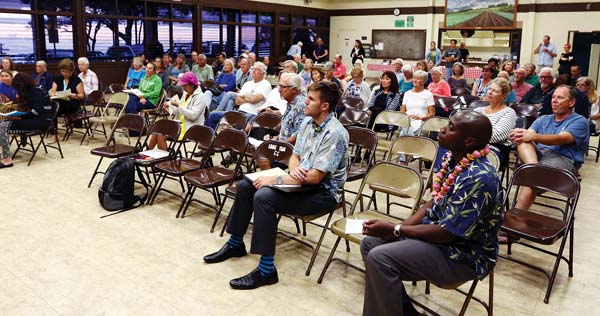 KULA — Kaiser Permanente is on target to take over operations of Maui Memorial Medical Center on July 1, promising increased coverage of orthopedic surgeries and neurology services in the coming months, officials said Wednesday night at the Kula Community Center.

“It is a very strong goal for everybody to do Maui work on Maui,” Chief Medical Director Dr. David Ulin said. “When the hospital has the safety and quality that you demand and we demand, those numbers will go up and I think that will happen very quickly.”

Ulin and Ray Hahn, senior vice president and area manager of Kaiser’s Maui Health System, met with about 50 Upcountry residents as part of their “road show” throughout the county. The two leaders of the transition met with Lanai residents and staff at its community hospital on Friday, and they held three town hall sessions Monday at Maui Memorial.

Meetings focused primarily on employee benefits, pay, holiday schedules and other changes with the privatization.

“I think employees have confidence that everything will be done, and the pathway toward a successful transition is well underway,” Hahn said. 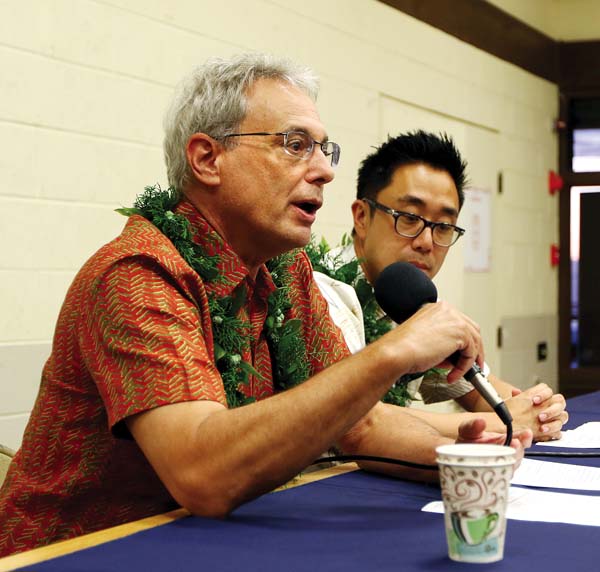 While providing an update on changes, the two officials announced that the name of the county’s three public hospitals, which includes Kula Hospital, has been slightly altered. Each facility will have “A Community Hospital Affiliated with Kaiser Permanente” below their names on published materials.

“For Lanai Community Hospital, we were really scratching our heads because do we really want to include community twice, but we had to,” Hahn said. “We didn’t want to change the original name.”

Hahn said the change came after Kaiser had already created a website, designed logos and created pens, gadgets and trinkets. He said those materials will be reworked because officials wanted to reinforce the company’s “commitment to run the facilities for the community, regardless of payer source.”

As part of its ongoing community meetings, Kaiser is actively hiring registered nurses, nurse’s aides and other medical positions. However, its biggest needs are in administrative roles such as secretaries and clerks.

Hahn said the county’s hospitals reached nearly 30 percent physician vacancies at one point; though, much of it was filled through staff from other agencies. He said doctor vacancies have probably lowered slightly to around 25 percent.

Hahn said Kaiser plans to host job fairs, publish advertisements and heavily recruit workers once it takes over operations. Kaiser already has 600 applications, but it is hoping for many more before July, considering it will take a month to train new workers and another month for orientation, he said.

“With the gaps that we have, two months is not something that we can afford,” he said.

Maui has had an “extremely difficult time” covering orthopedic and gastroenterologist calls over the past five years, but that will soon change, Ulin said. Two orthopedic surgeons will be on board July 1 with additional neurology services to follow.

“Orthopedics will always be covered on Maui,” he said. “I can’t promise every surgery will be done on Maui, but most could be done.”

Ulin said it’s very hard to recruit gastroenterologists to small communities and the one Maui currently has is covering about 20 nights. Kaiser has more than 55 specialists — the largest specialty service at Maui Memorial — and plans to grow after July, he said.

“But I don’t think at any point Maui Memorial is going to provide all the services you get on Oahu,” Ulin clarified. “This is not a tertiary care center. It’s never going to be everything is done on Maui, but I do think more.”

Hahn told Kula residents that the layout and infrastructure of Kula Hospital would remain unchanged, but it has an empty acute-care wing that could help patients at Maui Memorial. He said the Wailuku hospital has more than 50 patients who are medically cleared to be discharged, but they have not moved due to payer sources, money and social issues.

“That’s a daunting number,” he said. “It’s very complex because if it was easy, it would’ve been done already. It’s a tough nugget to crack, and we’re not going to have the solution by July 2, but we’re working on it.” 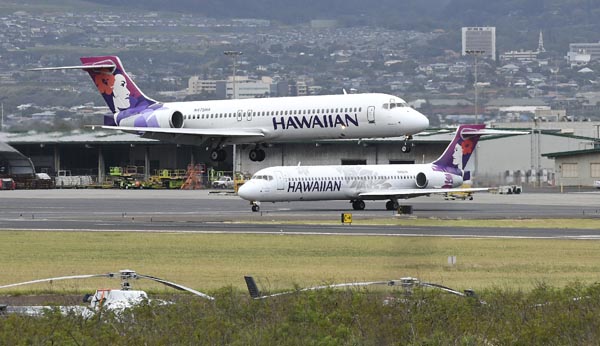 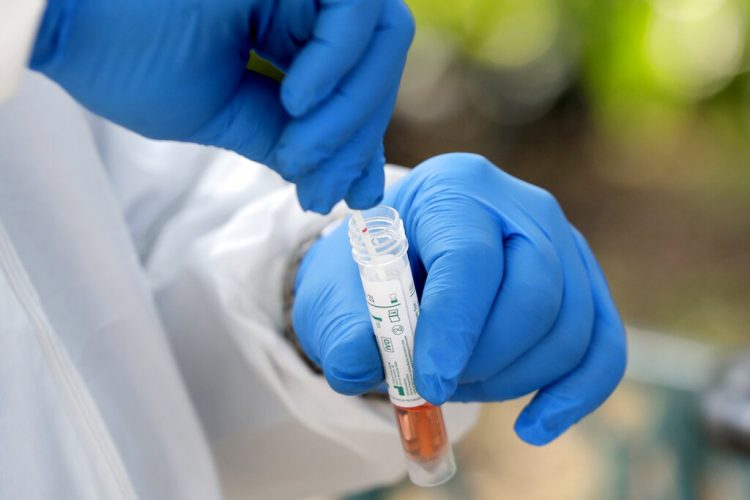