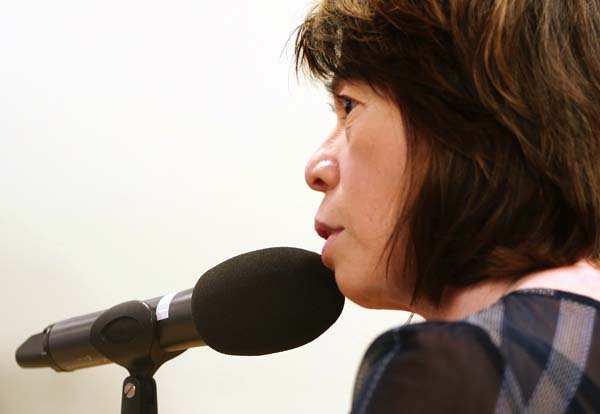 WAILUKU — A day after hearing emotional testimony from about 50 people affected by drunken driving and alcohol abuse, the Maui County Liquor Control Commission unanimously voted Wednesday to reconsider its decision to allow 24-hour retail sales of alcohol and removing the cap on hostess bars in the county.

Testifiers crammed into the commission’s office Tuesday at the Trask Building during a special meeting held in response to a petition submitted by Wailuku resident Mahina Martin. Martin, a founding member of the Coalition to Repeal 24 Hour Alcohol Sales, sent a letter and petition to the commission last month asking its members to repeal rule changes adopted Feb. 8. The revised rules were signed by Mayor Alan Arakawa on Feb. 21.

Martin told commissioners Wednesday that she was seeking the reasons behind the rule changes, since no justifiable explanation has been given by commission members or the Department of Liquor Control. She added that there has been no waiting list for hostess bar licenses since the 1980s.

“If there is a wall of secrecy that the public is not allowed to understand, or if the department and commission feels we’re just not smart enough to get it, then I ask you to share that,” she said. “Because I will tell you that the community is so hungry to understand why.”

Martin’s petition asks the commission to reinstate the 11 p.m. to 6 a.m. blackout period for retail sales, reinstate the cap of 12 hostess bars in the county and disallow home delivery of alcohol. The commission had the option to defer or deny the petition, or begin the process to amend the rules during its regularly scheduled meeting Wednesday.

Wailuku commissioner Nane Aluli told Martin that he and the rest of the members heard her voice “very loud and very clear.”

“I think we’ve heard all of the people who passionately expressed their concerns. I hope you realize that we as commissioners have a responsibility to make decisions that are wise for the greater community, but I also think that we have had personal experiences that were liquor related that had severe impacts on our own lives.

“I just want to reassure you and those that testified that, yes, we did hear your voice. We heard it loud and clear and shared tears with some of you when you shared what happened.”

Restoring the former liquor rules will require the Department of Liquor Control to submit the changes to the state Small Business Regulatory Review Board and publish a legal notice in the newspaper 30 days prior to a public hearing. First Deputy Corporation Counsel Ed Kushi said that the earliest date the commission could vote on the repeal would most likely be July 12.

While coalition members were happy with commission’s vote, they urged the panel to repeal the rules “sooner rather than later.”

“I think, if there’s a sense of urgency, it will show the public that no one is going to sit on it because it’s been in effect since February,” Martin told commissioners.

Commission Chairman Bob Tanaka was unavailable after the hearing, but he told Martin “we’ll try our best in what we can do.”

Before taking Wednesday’s vote to reconsider its decision, the commission went into an executive session with Corporation Counsel Pat Wong. Tanaka said that the commission’s legal counsel asked for the private session because of “some sort of legal matters that came up after all these things have been happening.”

“He wants to explain the consequences of these legal matters with what we plan to do today,” Tanaka said of Wong.

The commission appeared to be conferring about a lawsuit filed in 2nd Circuit Court by coalition member Madge Schaefer and the Committee for Responsible Liquor Control. The suit seeks to repeal the rule changes and questions whether there was proper public notice and comment.

Schaefer also filed a Sunshine Law complaint against the commission over the notice for the February meeting.

Her attorney, Lance Collins, said that the plaintiffs were in discussion with the county to resolve the lawsuit by next month. The lawsuit could immediately invalidate or repeal the new rules without going through another rule amendment process.

County spokesman Rod Antone said that he could not comment on the lawsuit. Arakawa was unavailable to comment Wednesday. However, Arakawa said last month that the concerns of the community “should be heard,” and he had “no problem with the (department) redoing their commission meetings.”

“The mayor made a statement earlier how he wanted all sides to participate in the discussion, and it sounds like . . . everybody got to have their say,” Antone said Wednesday. “It also sounds like the liquor commission has taken it to heart.”

Several members of the coalition attended Wednesday’s proceedings and said that the commission’s vote was “the best outcome we could’ve hoped for.”

Ashlee Chapman, Maui Youth & Family Services’ underage drinking prevention coalition coordinator, said that the recent rule changes may force her to send representatives to every commission meeting and research each agenda item to ensure that the community’s interests are considered.

“It’s definitely clear that we have to maintain a watchful eye on what they do and how they do things,” Chapman said.

Molokai commissioner Dawn Bicoy said after Wednesday’s meeting that she was “very glad that we’re revisiting” the rule changes and “understands the heartfelt testimony.”

“I myself have buried people in my own family because of things like this,” Bicoy said. “I hear them, and I understand Mahina’s position when she spoke to the commission. She was speaking for everybody in the community, and those are things the commission needed to hear and I’m glad that we’re moving forward with this, I really am.”

Martin said she appreciated the vote, but she had “mixed feelings” because the rule change remains in effect. She asked the commission to accelerate the process.

“We have a very dynamic and active community that can go from 0 to 50,” she said. “All I did was read the paper and say something and here we are.”