After planning panel gives its initial OK, developer walks away 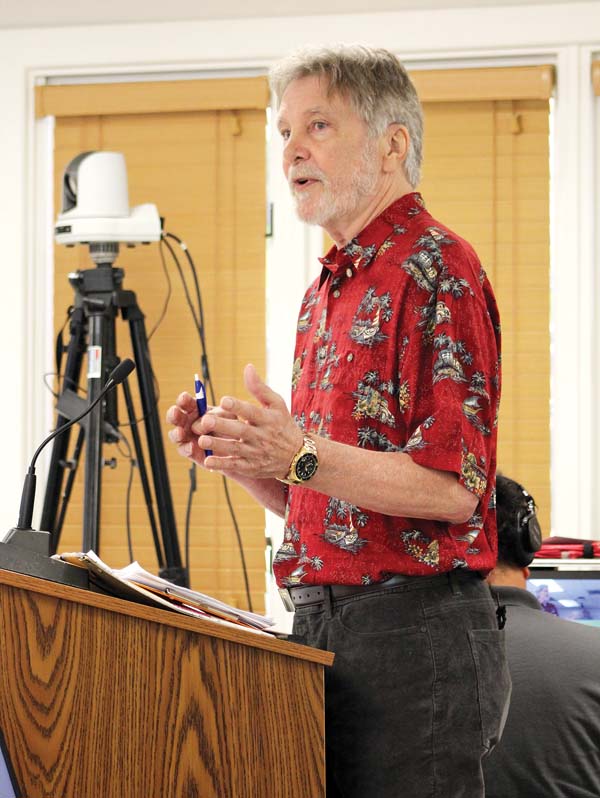 WAILUKU — The owner of the South Maui Gardens Nursery is withdrawing his application for a commercial and residential development in Kihei, a surprise move after the project got the early go-ahead from the Maui Planning Commission Tuesday.

Kihei resident Mike Farina confirmed Tuesday afternoon that he would no longer pursue the project, but he declined to comment on the reasons behind his decision. Earlier in the day, the commission had voted to recommend changes in zoning and a conditional permit for the project, which was supposed to advance to the Maui County Council for review.

“I thought the project was fine,” Planning Director Will Spence said Tuesday. “It followed the community plan. . . . The commission voted for approval. I don’t know why they wouldn’t go through with it.”

Project consultants had to answer a slew of questions from commissioners, but in the end, the project received fairly widespread approval — the vote was 7-0 in favor of changes in zoning and 5-2 in favor of the conditional permit.

Farina’s vision was to redesign the 6-acre site of the South Maui Gardens Nursery, which is located mauka of South Kihei Road between Auhana Road and Alahele Place. Plans called for six single-story commercial buildings, nine single-family homes with a pool and spa, parking lots, landscaping and road improvements. The nursery would have continued to operate on a smaller scale.

The whole project would have cost more than $15 million, said Farina, who lives on the site and applied under his business Nation Land Co.

Mike Moran, president of the Kihei Community Association, said he was “flabbergasted” to hear Farina was bowing out. He said Farina first brought the proposal to the association two years ago.

“I’m shocked,” Moran said. “I’m thinking, what in the world would have changed their mind at this point after getting the OK today? . . . I didn’t hear anything from anybody that would’ve made them pull out.”

Commissioners liked the open design of the project; it only used 15 percent of the permitted density for that area, architect August Percha pointed out. Two residents at the nearby Island Surf condominiums expressed concerns about traffic, noise and drainage problems, but one said she simply wanted more information.

Some commissioners were concerned about the changes in zoning. The project would have kept one parcel residential and made the other two commercial. However, Spence said that commercial zoning is already mapped out in the Kihei-Makena Community Plan.

“Community plans show uses already there and also show what uses could be there in the future,” Spence said. “People say we don’t implement our plans. That’s part of implementing the plans, is getting the property zoned correctly.”

Usually the Kihei Community Association opposes the switch from residential to commercial, but this project was different, Moran added.

“Because generally when we get hit with that, it’s vacant land,” he explained. “But with this one, they were going to build some residential. And, it’s already an existing business. It’s not like you’re taking vacant land. It’s their land already. They’ve been a running a business for years. It seemed reasonable.”

But commissioner Keaka Robinson would have liked to see more homes. Robinson said he thought “they’re purposely restricting the amount of homes to shy away from the affordable housing component.” County code requires affordable housing in any project with at least 10 market-rate units.

Percha said after the meeting that Farina and consultants did limit the design to nine homes because they weren’t prepared to take on an affordable housing project. Percha said he thought the project would have been a benefit to the community. Plans had included making one building into a deli/bakery and another into a diner.

“We call this our plantation district,” Percha said. “It’s meant to be a walking, bike riding, walk-your-dog kind of atmosphere.”

If the council had approved the zoning changes, Farina would have had to return to the commission to request a special management area permit.