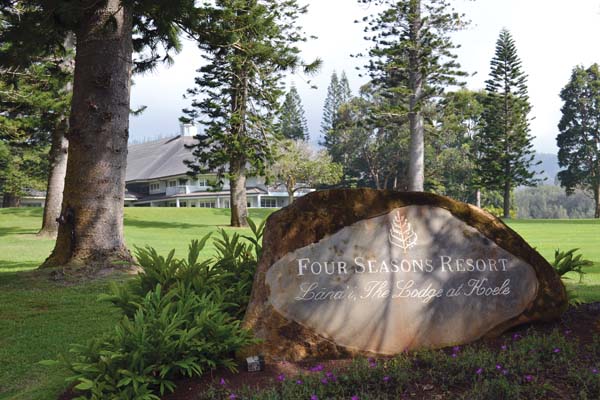 A sign greets visitors in early 2015 to the Lodge at Koele. The resort has been closed since January 2015, when the 102-room hotel was used to house construction workers renovating the Four Seasons’ Manele resort. Pulama Lana‘i plans to launch a $75 million project late this year to upgrade and “refresh” the Koele resort. Maui News file photo

Pulama Lana’i is seeking approval for a $75 million project to upgrade and “refresh” the nearly 25-acre Lodge at Koele, located northeast of Lanai City on Keomuku Highway.

According to an application, The Lodge at Koele, a Four Seasons resort, was originally built in the late 1980s and early ’90s, and — while incremental improvements have been made over the years — “there has not been a significant refresh of the resort for several years.”

The lodge opened in 1990. Earlier this year, the Four Seasons announced it would redo the lodge with a spa and wellness concept.

The Lanai Planning Commission is scheduled to review project plans at 5 p.m. July 19 in the Lanai Senior Center. A deadline to file petitions to intervene is July 5. 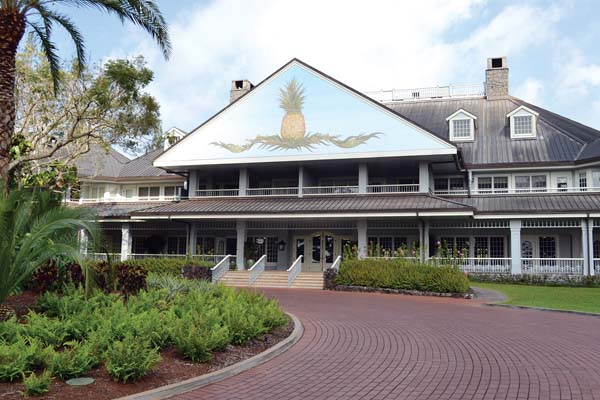 A circular driveway leads to the entrance of the Lodge at Koele on Lanai. Maui News file photo

The Lodge at Koele has been closed since January 2015, when its 102-room hotel was used as housing for construction workers renovating the Four Seasons Lana’i, located at Manele Bay. That $75 million project was completed early last year. Work included the renovation of rooms, suites, lobbies, spas and restaurants.

Aside from its guest rooms, the Lodge at Koele has two building wings, a main lobby building, a swimming pool, a fitness room, an orchid house, a landscape greenhouse and parking.

“Continuing changes in visitor preferences and expectations require that the resort upgrade its facilities and services to maintain its attraction as a world-class visitor destination,” the project application says.

Plans show that the project has a dozen main components, including:

• Spa treatment hale. Ten spa treatment areas would be located along the northeastern edge of the property, and each would allow guests to get private treatments, relax in a sauna or steam shower or take a dip in a plunge pool.

• Conservatory dining pavilion. This dining area would be added to the eastern side of the hotel. The existing kitchen would be expanded to include a display cold preparation and dessert area. Guests would access the restaurant from the hotel through a fully glazed corridor with views of the display kitchen en route to the dining room. The main dining area will seat about 130 people and include a new bar.

• Yoga pavilion. A new steel-and-glass pavilion would support yoga classes for hotel guests and would include restrooms, storage and mechanical rooms.

• Fitness pavilion and studio. The existing fitness center would be demolished and replaced with two new fitness facilities. One would be a glass-conservatory-style structure to house strength and cardio equipment, and the other would have room for spinning classes and training rooms.

• Pool. The existing pool would be demolished and replaced by a “new natural, free-form pool” that incorporates two 25-yard lap lanes, a water exercise area, a large warm-water space, a pool deck with lounges and umbrellas in a landscaped garden.

• Private gardens. Forty-six private garden patios would have warm-water soaking spas (onsen) and a small patio with an umbrella in an intimate garden setting.

• Demolition of existing facilities. Plans call for demolishing the resort’s orchid house and landscape greenhouse on the eastern portion of the property.

Other features include a spa support building, a replacement of the project’s lake with streams and waterfalls, two mechanical buildings and a landscape facilities building.

Construction is tentatively set to start in December and be completed a year later.

Project plans were prepared for Lanai Resorts LLC, which does business as Pulama Lana’i.