About 50 testifiers met in Wailuku for hearing on rule amendments 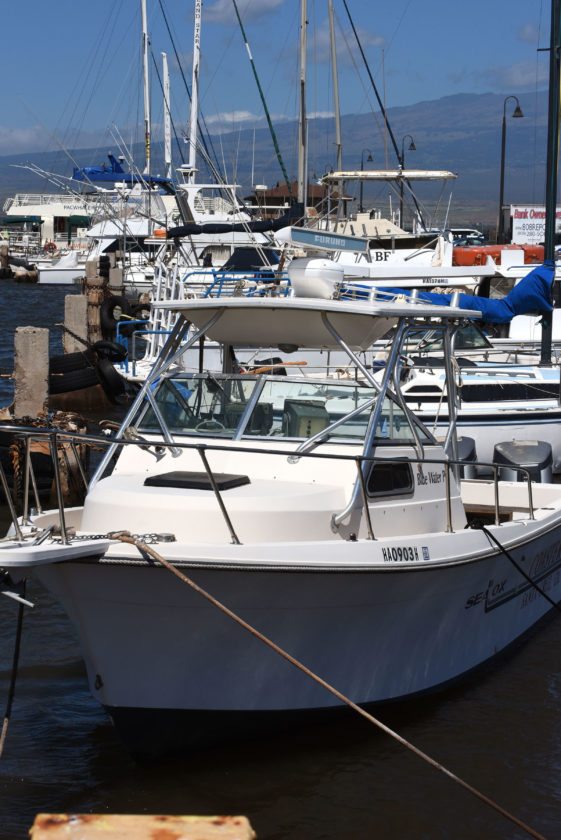 The state Department of Land and Natural Resources Division of Boating and Ocean Recreation is holding hearings statewide on the rule changes. Some amendments are related to rapid changes in the ocean recreation industry and related facility management. Some obsolete rules are being repealed. The 130-page proposed changes include amendments in 16 sections that cover “Ocean Recreation and Coastal Areas.”

The proposed changes were a daunting task to review, according to some of the conversations overheard of the approximately 50 attendees at the Velma McWayne Santos Community Center in Wailuku.

One of the most discussed topics Wednesday was a new section that outlaws feeding of feral animals or wildlife, as well as abandoning animals or creating or contributing to a colony of animals on Division of Boating and Ocean Recreation property. Violators could face a fine of up to $1,000 and a jail term of up to 30 days.

According to the department, the new section aims “to address the growth of unpermitted feral animal colonies located within the small-boat harbor facilities.”

Laurie Pottish said the new amendments would make it illegal to return trapped and spayed animals, as part of population control, to state small-boat harbor property.

She later added that only a small percentage of cats carry toxoplasmosis, an infection caused by a parasite.

Some testifiers noted that a reason the state is trying to crack down on cats and other feral animals is because of toxoplasmosis, which is spread by multiple animals, not only cats.

In the past 15 years, there have been news reports that eight monk seals died from the parasite.

Bryan Kortis, the national program director for Neighborhood Cats and a district leader for the Humane Society of the United States, agreed that cat populations can be humanely controlled through sterilization. He said he’s worried about the fate of stray animals at the small-boat harbors.

“If you want to solve cat and pet overpopulation on state land, you need to listen to and work with the animal welfare community,” he said.

The department pointed out Wednesday that it already has the authority to dispose of predators. It did not say specifically how the predators would be disposed.

But there are those who support restricting feral animals in harbor areas.

Bryan Berkowitz, founding member of Na Koa Manu, a nonprofit that protects native Hawaiian bird populations, supports the rule changes, saying there are many endangered birds and some seabirds endemic to Maui that the revised rules would further protect.

He noted the eight monk seas dying of toxoplasmosis, which “may not sound like a lot,” but there are only around several hundred monk seals in Hawaiian waters.

There also was a discussion about dive flags, with boat captains asking for further amendments to allow snorkelers and divers from their boats to surface farther than 100 feet from their vessels.

But department officials said Wednesday that divers and snorkelers already may range as far as they want from the flag underwater, but must surface within 100 feet of a dive flag.

The department said that the flag is supposed to create a “safe zone.”

New to the rules is a requirement to illuminate a dive flag at night. No one testified about the matter Wednesday.

Written comments on the proposed rules will be accepted through midnight Aug. 5.

To see the proposed rule amendments, go to dlnr.hawaii.gov/dobor/draft-rules. They also can be reviewed at the Maui division office at 101 Maalaea Boat Harbor Road. The office phone number is 243-5824.

Written testimony may be sent via email to dlnr.harreview@hawaii.gov with the subject line “Rule Amendment Package 2017”; by fax at (808) 587-1977, “Attn.: Rule Amendment Package 2017”; or by mail to the Department of Land and Natural Resources, 1151 Punchbowl St., Room 130, Honolulu 96813. Mailed comments should indicate that they are about the 2017 rule amendment package.