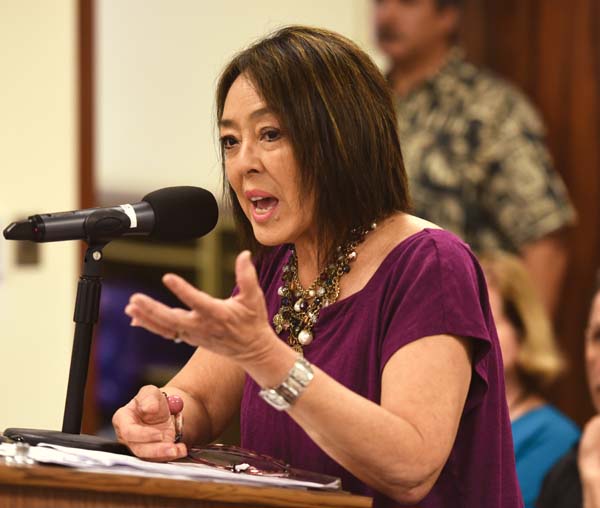 Sugimura, who submitted her changes as a citizen, proposed to remove the requirement of employment history, background checks, Social Security numbers, fingerprinting and “other governmental clearances” for Class 10 special licensees. Those cover events for nonprofits and political candidates. The department’s rule changes would add a new subsection to allow the commission to “streamline application procedures” for the issuance of Class 10 licenses.

Both proposals exempt Class 10 licensees from provisions that limit the amount of liquor that can be offered, sold or served during a set period of time, or for a fixed price. The exemption would allow nonprofits to collect an entrance fee to events such as wine pairing, without having to charge patrons for additional drinks.

“At least it’s open still for discussion so that’s good,” Sugimura said of the commission’s decision. “But I really hope they choose a format like mine because it takes it deeper than the commission ‘may,’ because obviously the commission may do it now and look what they’ve done.

“It just provides some guidelines so I’m hopeful.” 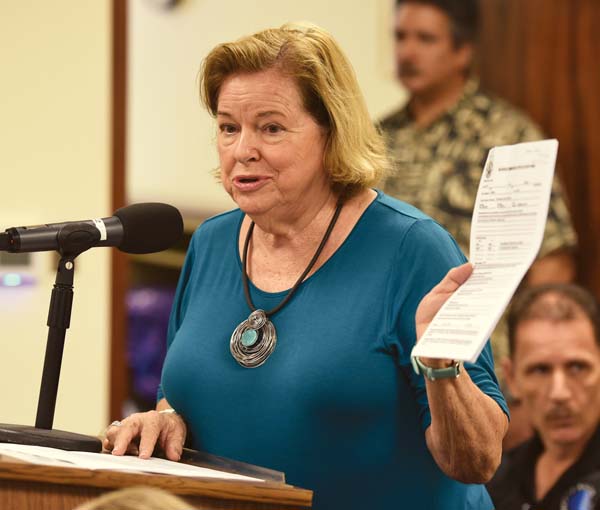 While testifying Wednesday morning, Madge Schaefer holds copies of the application forms Liquor Commissioners filled out for their posts, noting they did not need to undergo background checks or be fingerprinted. The Maui News / MATTHEW THAYER photo

Commissioners deliberated over the two proposals in executive session and eventually agreed to review both of them at their next meeting. Makawao commissioner Dana Souza acted as chairman because of panel Chairman Bob Tanaka’s absence.

“We couldn’t decide on either or and they’re both not perfect, so we figured to put it in publication for the September hearing and at that time, out of the two, we can probably make one solid good one because they both need tweaking,” Souza said after Wednesday’s hearing. “Some of the testifiers even said that some things weren’t exactly the way they need to be so we decided as a commission to put them both on that date and not leave one behind.

“We all want to do the right thing so that’s helping these nonprofits and also keeping Maui a safe community,” he said. “We’re trying to do the best we can to make it fair for everyone.”

Changes were made to special license applications at last month’s meeting, which included reducing the requirement of criminal background checks and other personal information to requiring those only for the executive director and a nonprofit officer. Commissioners also eliminated the submittal of an advance list of auction items, though groups must sign an affidavit stating that no liquor or other prohibited items shall be sold; and they allowed nonprofit groups to file license applications closer to the date of events, cutting from six weeks to four weeks out.

The commission voted unanimously Wednesday to keep the changes and adjust them accordingly once the rule amendments are determined. Commissioners discussed the two proposals and application changes in executive session as advised by Deputy Corporation Counsel Edward Kushi Jr. 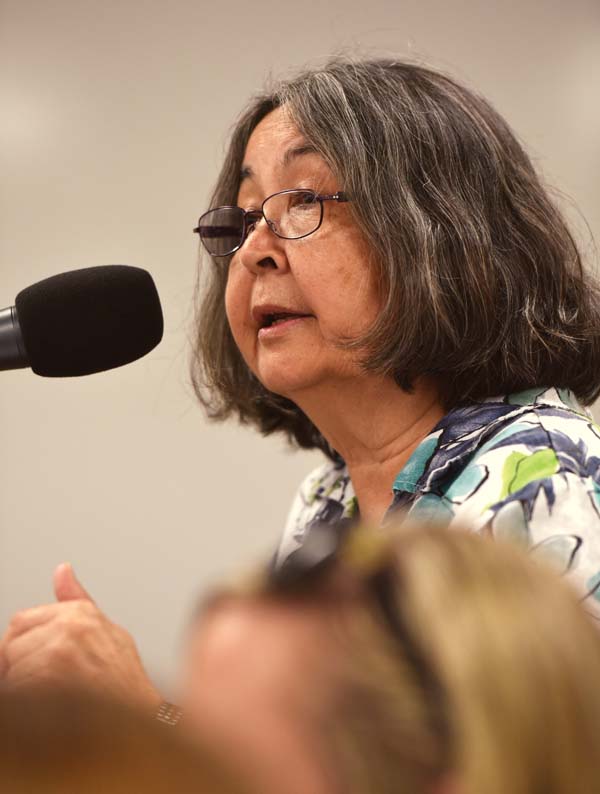 Kushi could not be reached after Wednesday’s meeting to provide an explanation for why it was necessary for the commission to meet behind closed doors to discuss the proposals.

Nonprofit directors and board members acknowledged that both proposals needed work, but they supported Sugimura’s draft changes.

Peter Horovitz, a board member of several nonprofits and an attorney who represents liquor licensees, believed Sugimura’s proposal was “a fair bit more workable” because it explains what the liquor department can and cannot do. He said the department’s streamline procedure would require the commission to do more rule-making on how it will streamline applications.

“It’s kicking the problem down the road,” Horovitz said. “I don’t think that was the intent, but that is the effect.”

Cassandra Abdul, executive director of Na Hale O Maui, said she appreciated the proposal from the department, but it does not go “far enough.” She believed Sugimura’s proposal was more complete and comprehensive.

“Class 10 licenses have been in effect for decades, and there’s never been a problem,” Abdul said. “I have to tell you, if it’s not broken, please don’t try and fix it.”

Kihei resident Madge Schaefer admitted that Sugimura’s proposal needs some tweaking, but she praised her for her leadership. Schaefer held copies of each commissioners’ application to the county and questioned why they were not subject to the same fingerprinting and background checks that have been required of nonprofits.

“It just doesn’t make sense. If you’re going to do this, then you should be subject to the same rules,” she said.

Peggy Harmon, director of development for Maui Academy of Performing Arts, pleaded with the commission for help with her group’s 29th annual Garden Party planned for Oct. 1 at the Yokouchi Family Estate in Wailuku. The event serves as the nonprofit’s primary fundraiser, raising about $80,000 a year.

“Because of the rule changes and the question of whether the rules are going to change again, I’m in a place of how do I even go forward in applying for the liquor license we need for the event,” Harmon said. “I’m honestly scared that I’m not going to get clarity in time and my board and my executive director are not going to be able to address things in time.”

Harmon said MAPA cannot afford to host the wine and food event at a hotel and has already lined up 18 restaurants. She said the nonprofit has subsidized fees at schools for over 10 years and gives more than $100,000 in tuition assistance for students to attend the nonprofit’s after-school programs and camps.

“If we don’t raise the money, we spend the rest of the year scrambling and tightening our belts,” she said.

Department officials began enforcing more stringent applications for one-time events around May and repeatedly cited a 2008 change in state law that they said required criminal background checks. None of the other county liquor departments in the state require the background checks for nonprofit groups and an official at the state Department of the Attorney General told The Maui News in June that counties have the authority to impose the checks, but they are not required to by state law.

On Wednesday, liquor commissioners were provided a three-page letter from Deputy Attorney General Lance Goto, which was requested by Central Maui Sen. Gil Keith-Agaran. The letter further explained how the counties have discretion to conduct the background checks.

Liquor Control Director Glenn Mukai declined to comment on the concerns by nonprofits and the state AG’s letter. He said he could not comment on any agenda items or matters under litigation. After being pressed on commenting on agenda items he clarified, “I’m choosing not to comment.”

Mukai has already surpassed one year on the job after being appointed to his post in May 2016. He confirmed that he has not been evaluated by the commission on his job performance.

The commission has not announced a date for Mukai’s one-year evaluation, but Chairman Tanaka has supported him and said at a previous meeting that “he’s not doing anything wrong.”