More visitor spending, arrivals for the Valley Isle in August 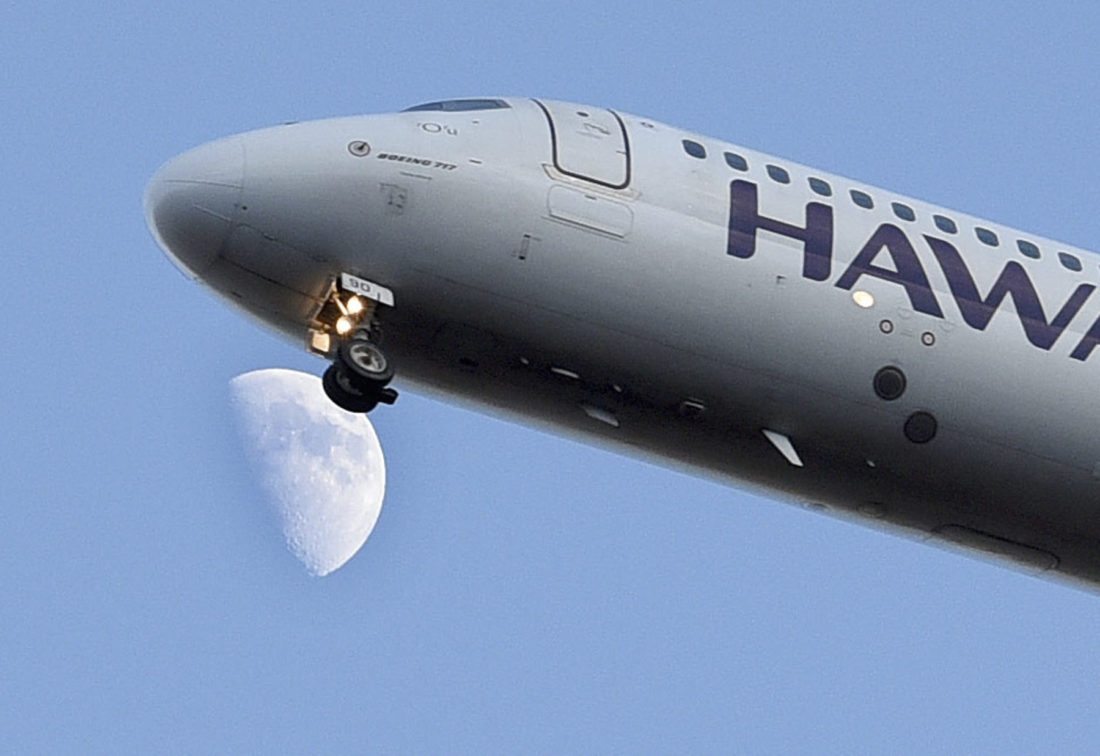 A Hawaiian Airlines jet passes in front of the moon Thursday evening on its final approach to Kahului Airport. Visitor arrivals to Maui island were up 2.5 percent to 233,266 in August, compared with August 2016, according to the Hawai‘i Tourism Authority. Visitor spending and arrivals were down significantly in August for Molokai and Lanai. • The Maui News / MATTHEW THAYER photo

Maui’s visitor arrivals and spending were up in August, one of the state’s traditionally busy summer months, compared with August 2016, the Hawai’i Tourism Authority reported Thursday.

The higher spending was fueled by increases in visitor days (up 1.7 percent) and daily spending (up 2.3 percent to $211 per person), the authority said. The increase in visitor arrivals stemmed from growth from Japan (up 36.5 percent), Canada (up 9.1 percent) and the U.S. East Coast (up 7.4 percent).

The percentage increases for Maui island were somewhat better as a percentage when looking at visitor arrivals and spending for the first eight months of 2017 compared with the same period in 2016. Visitor expenditures on the Valley Isle were up 5.2 percent to $3.21 billion for the year to date, and arrivals rose 3.2 percent to 1,855,831.

Visitor spending and arrivals were down significantly on Molokai and Lanai for the month of August compared with a year earlier. Expenditures dropped 55.6 percent to $1.4 million on Molokai, and they fell 46.2 percent to $5.4 million on Lanai.

Arrivals on both islands were also down. Molokai saw visitor arrivals decline 21.4 percent to 4,529 in August. Lanai’s visitor count went down 9.5 percent to 5,464.

“By comparison, when Hawaii was starting to emerge from the Great Recession in 2010, the tourism industry realized $11.01 billion in total visitor spending and generated $1.05 billion in state tax revenue for the entire year,” Szigeti said. “With four months to go in 2017, our tourism industry has already surpassed both the full-year totals from just seven years ago.”

The hurricanes that have struck Texas, Louisiana, Florida, Puerto Rico and the Caribbean islands “remind us again that we can never take tourism in Hawaii for granted, and that our state’s future well-being could be suddenly altered,” he said. “Going forward, we must strive for balance that allows Hawaii’s tourism industry to continue thriving while seeking sustainable solutions that perpetuate culture, preserve natural resources and support the quality of life we all want.”

In August, airline seat capacity to Hilo (up 19.2 percent) and Kona (up 9.4 percent) continued to grow, boosted by more airline service from Los Angeles to Hilo and from Tokyo’s Haneda Airport to Kona, the authority said. Available seats to Maui remained about the same (down 0.1 percent).

The Travel Leaders Group reported Thursday that the Valley Isle ranked as the most popular domestic destination for fall travel bookings and beyond, according to the 2017 Fall Travel Trends Survey.

“The domestic results indicate that Maui, which has long been a sought-after destination for American travelers, has staying power, but Orlando remains a close second,” said Travel Leaders Group Chief Executive Officer Ninan Chacko. “The quick return of Walt Disney World and Universal Orlando Resorts to normal business hours after Hurricane Irma is a sign of the continued interest travelers have in the destination.”