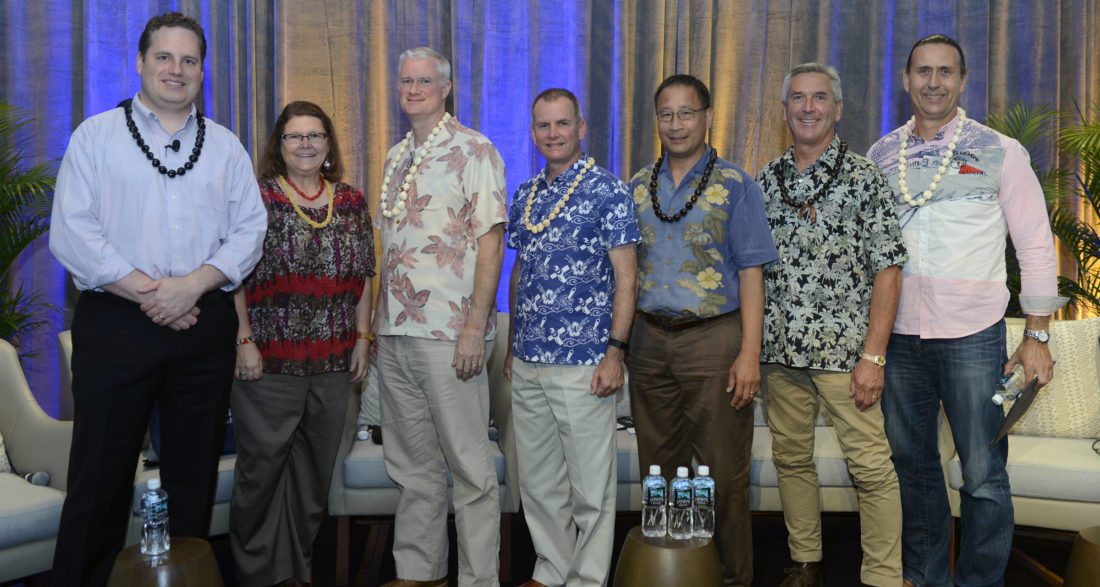 The Maui News – As more countries start to branch out into space, controlling traffic and keeping an eye on satellites and debris is of growing interest to many governments.

Known as space situational awareness, the topic drew nearly 740 people — including more than 100 from 15 countries besides the U.S. — to the Wailea Beach Resort last week for the 18th Advanced Maui Optical and Space Surveillance Technologies Conference.

Organized by the Maui Economic Development Board, the conference featured keynote speakers, panel discussions on public policy issues and presentations on advances in space technology, according to a conference news release.

Once primarily the domain of the government and the military, space is changing rapidly. It’s now become a potential market for commercial opportunities, and while that’s driven innovation worldwide, it’s also raised questions about national security and policy.

“More than 60 countries currently operate at least one satellite, and an estimated 16,000 new satellites are planned for launch in the next decade,” said Brian Weeden, director of program planning for the Secure World Foundation. “At least 1,500 active satellites orbiting Earth right now provide a wide array of data and services that are critical to human societies. . . . The Global Positioning System, for example, is estimated to have benefited the U.S. economy by more than $55 billion in 2013 alone.”

Growing numbers of governments, companies and other entities are starting to get involved in space. But one of the big unanswered policy questions is the future relationship between the government and the private sector.

“Clearly, both will have a role,” Weeden said. “But how to figure out the division of labor and how they can work together is a big question. The elephant in the room for commercial SSA (space situational awareness) is secrecy. It’s becoming harder and harder for governments to keep their activities in space as hidden as they once were. At some point soon, the cost of restricting or hindering SSA innovation and data sharing is going to outweigh the national security benefits.”

The discussion throughout the conference also centered on space traffic management, which explores ways “to minimize or mitigate negative impacts on increasing physical congestion in space,” according to “The Handbook for New Actors in Space,” published by the Secure World Foundation. As large numbers of active satellites continue to populate space, the need to protect the space environment and avoid costly collisions is growing.

“Time is critical to figure it out,” said Paul Welsh, vice president for business development with Analytical Graphics Inc. “Thousands of satellites are being planned for launch into mega-constellations, which will eventually constitute a huge traffic hazard. Governments and commercial satellite operators must work together to define rules to maximize the safety of flight and to protect space systems that are essential for our daily lives.”

On the last day of the conference, MEDB hosted a Student Space Exploration Day. More than 160 Maui County students met with former astronaut Janet Kavandi, director of the NASA Glenn Research Center, for a firsthand discussion of living and working in space. The students also experienced hands-on scientific demonstrations and presentations on advanced technology.