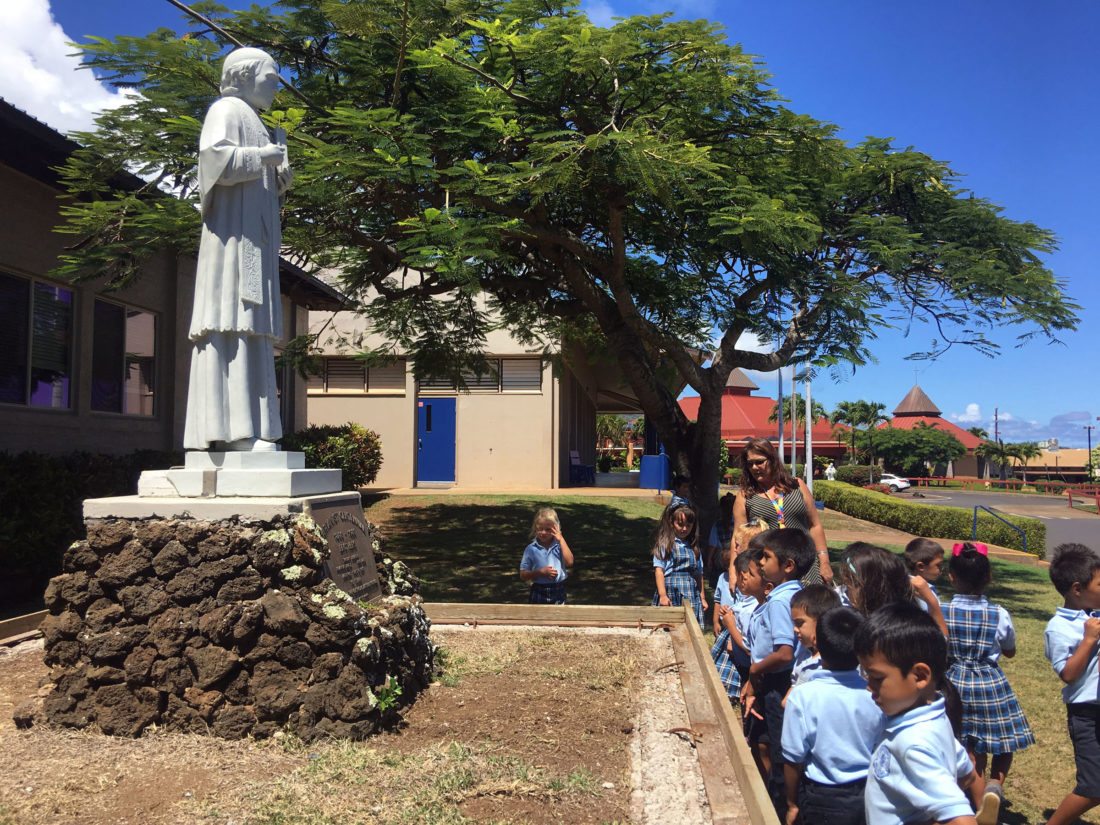 The Maui News – St. Anthony School has a new statue of the Blessed Father William Joseph Chaminade in the same location as one damaged in late March 2016, the school announced.

Chaminade was the founder of the Society of Mary, which has supported and played a large role in the Catholic school established in the 1800s in Wailuku. In 1933, the former statue was placed on its pedestal near the school flagpole on the school’s upper campus.

Sometime between March 27 and 28, 2016, the statue was damaged; its head found shattered on the ground. It’s unknown if the damage was caused by vandalism or a magnitude 3.6 earthquake that struck near Waikapu.

On Monday, St. Anthony students, staff and families will mark the 200th anniversary of Chaminade’s founding of the Marianists with a Mass and a blessing of the new statue.

The school will join Marianists nationwide in reciting a prayer created to celebrate the 200th anniversary. The simultaneous recitation (set for 8 a.m. HST) will include Chaminade University and St. Louis School, two Oahu campuses with Marianist ties in Hawaii.

A Mass is scheduled for 8:30 a.m. Monday in the St. Anthony Church Center. Parents and guardians are invited to the service, which will include students from preschool through the 12th grade.

Following the service, the St. Anthony School ohana will gather for the blessing of the statue.

The St. Anthony School marching band and color guard will lead a parade through the campus parking lot at 1618 Lower Main St.

Students in kindergarten through 12th grade will be released from school at 12:40 p.m. Monday. There will be no after-school programs offered on that day.

Chaminade was born April 8, 1761, and died in January 1827. He was a French Roman Catholic priest who survived persecution during the French Revolution. He founded the Marianists in 1817.