West Maui bookstore to close at the end of the year 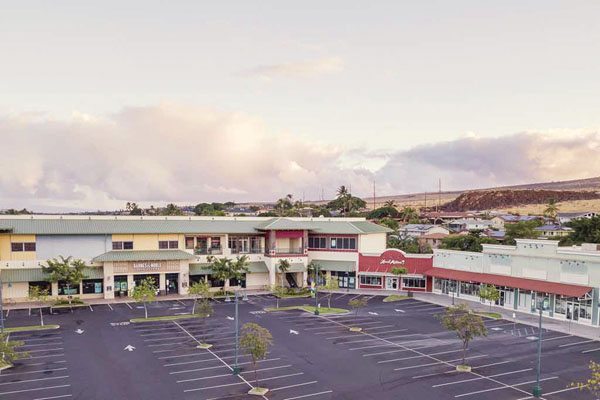 More than 1,000 people have signed a petition started by a 15-year-old student to save Barnes & Noble in Lahaina, which company officials confirmed will be closing at the end of the year over difficulties renewing the store’s lease.

The location in the Lahaina Gateway Center is one of two Barnes & Noble locations in Hawaii, and the only remaining bookstore specializing in new books and magazines on Maui, residents said.

“I’ve been going to Barnes & Noble often since it opened,” said Hannah Sheveland, a sophomore at Seabury Hall who posted the petition on change.org Sunday. “It’s kind of like my safe haven. It’s my favorite place. . . . I thought that if there was some small chance of saving it, I should try to help it.”

Barnes & Noble officials said Monday that sales on Maui have been good, and they didn’t plan to shut down and leave. However, the company was unable to come to an agreement on the lease with the owner of the Lahaina Gateway Center.

However, the management company claims that it was Barnes & Noble that chose not to stay. Sandra Brown of The Festival Cos. is the property manager for the Lahaina Gateway Center, according to the center’s website.

“Barnes & Noble chose not to renew their lease or to negotiate or pursue a long-term lease,” Brown said. “If they’ve chosen to close the store, that has nothing to do with the landlord.”

Brown said she was not involved in the negotiations. When asked who the landlord was and how The Maui News could contact the landlord, Brown abruptly ended the conversation.

Maui County real property tax records show that the center is owned by Lahaina Gateway Commercial LLC, which has a mailing address in Washington state and names John Kean of Kihei as its agent in state business records.

Store Manager Cindy Mauricio said she was informed Thursday of the closure and broke the news to her team members Friday and Saturday. Mauricio was there when the store opened in Lahaina 10 years ago.

“It’s very upsetting and out of the blue,” Mauricio said. “I know that it’s a great source to the community. . . . It’s unfortunate that they didn’t reach an agreement, and I’m still hopeful that they can.”

Mauricio said she was told that the closure had nothing to do with sales or staff. The store employs more than 35 people.

“It wasn’t anything to do with my sales associates,” Mauricio said. “The company was not able to negotiate even though the store is doing well.”

After Maui Time broke the story Saturday, Sheveland decided to create the petition. She put up flyers at her school and posted notices on social media, and was originally aiming for 100 signatures. Sheveland lives in Lahaina and loves to relax in the store’s cafe with a book or browse the “huge section of records that nobody else has anymore.”

“When I go to the bookstore, I see all different age groups there, especially a lot of the younger generation,” Sheveland said. “Even though a lot of them are relying on technology, parents are bringing them there to find different books. . . . My little brother is 9, and he reads all kinds of books.”

About 50 people had commented on the change.org petition in support of Barnes & Noble, saying how they enjoyed taking their children there and lamenting the loss of Maui’s only bookstore with new books. Maui Friends of the Library has three used bookstores, in Kahului, Puunene and Lahaina.

“They do a terrific job, and I hate to see them close,” John Tryggestad, president of Maui Friends of the Library, said of Barnes & Noble. “I don’t consider them competition because we’re two different things.”

Tryggestad said that Maui residents would have to rely more on online retailer Amazon, “with the exception of what Costco, Target and Walmart sells.”

“As far as magazines, I think it’s going to have to be online,” he added.

Lampassi said that Barnes & Noble is still open to the idea of relocating on Maui.

“Our real estate team is on the ground looking at new locations, but unfortunately these things take time,” he said. “We’ll keep the community posted as we have more information.”

Mililani’s Starr Sergent is met at the net by King Kekaulike’s Lyric Love (right) and Brooklynne Albrecht as Victoria Martins looks on and Nanna Inouye waits in the back row.