Man was snorkeling off Black Rock when he ran into trouble

A 47-year-old visitor from Moorpark, Calif., was pronounced dead after being pulled from the water at Black Rock in Kaanapali on Monday, Fire Department officials said.

The California man had been snorkeling with two other family members when he ran into trouble, said Fire Services Chief Ed Taomoto. The family members made it safely to shore.

A man paddling a one-person outrigger canoe saw the victim waving and heard him yelling for help about 50 feet off the point, said Taomoto. The paddler and a bystander on shore helped the man to the rocks, but he became unresponsive, he said. They began performing CPR.

When firefighters and paramedics arrived on scene at about 12:53 p.m., they found bystanders performing CPR near the old pier on the north side of Black Rock, Taomoto said.

Fire and paramedic crews continued CPR, but the man could not be resuscitated. He was pronounced dead at the scene, said Taomoto.

Firefighters received the call at 12:46 p.m. Two fire companies and a paramedic crew from Lahaina responded to the incident, he said.

Sixteen new cases of COVID-19 and a fifth death have been reported in Hawaii as of noon Monday. The latest death ... 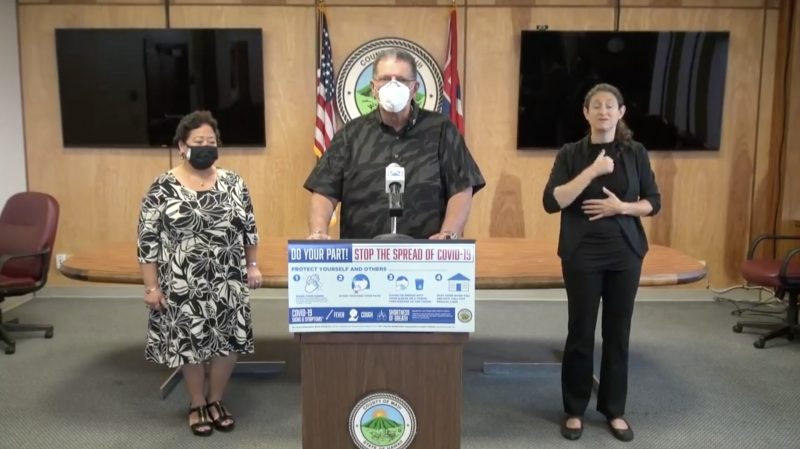