Arakawa cites low morale in his request to terminate Taylor 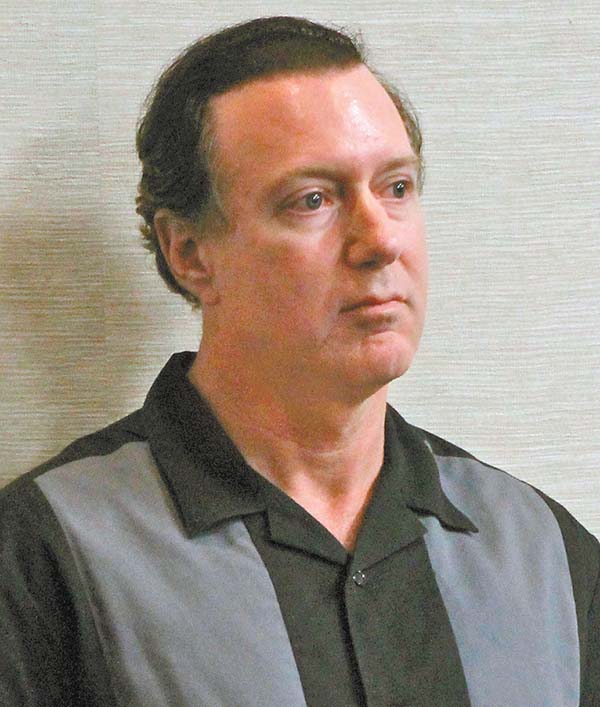 WAILUKU — Maui County Mayor Alan Arakawa revealed to a County Council committee Monday that he wants to remove water director Dave Taylor because of his inability to manage personnel, complete projects as promised and plan for the future.

“I have some real problems with basic trust in the information that I’m getting from Mr. Taylor,” Arakawa told the Policy and Intergovernmental Affairs Committee. “The projects that he told me he was working on, issues he was trying to get resolved, has not been resolved.”

Taylor also appeared before the committee in open session, explaining his management style, a decision that might have riled some of his workers and his surprise at the mayor’s effort to remove him. At times, he said, he and the mayor have not seen eye to eye; Taylor described himself as a “technocrat” and an engineer while Arakawa is a “visionary.” He expected to complete the last year of his tenure tying up loose ends as Arakawa’s term as mayor comes to an end.

“I think the mayor has a lot more ambitious goals,” Taylor said of the mayor’s plans for his final year. “I believe we have a lot more on my plate that we can finish.”

On Nov. 15, Arakawa sent a resolution to the council of his intention to remove Taylor and to allow Arakawa to appoint a new director. By County Charter, the council is required to confirm the termination.

On Monday evening, the committee deferred action on two resolutions, one calling for the removal of Taylor and the other to disapprove the removal. The resolutions are on Friday’s full council meeting agenda.

When he sent the resolution to the council, Arakawa did not explain his decision. He was reluctant to discuss Taylor’s removal in open session Monday and requested a closed hearing.

But some council members wanted a general explanation in open session, noting that Arakawa discussed Taylor’s removal with the advisory county Board of Water Supply. He cited Taylor’s failing to plan for the long term, like 100 years ahead, and Taylor’s take on the mayor’s desire to purchase Wailuku Water Co.’s and East Maui Irrigation’s water diversion systems.

“I didn’t want to have this discussed in public because I really believe Dave Taylor is an asset to the county. He is a great engineer,” Arakawa told the committee Monday.

However, Taylor has a problem with management. “It is a lot different than just being smart,” he said.

Arakawa was allowed an executive session to speak to the committee about the results of a water department employee survey conducted in August. About half of the 200 water department workers participated in the survey, with some employees saying they were bullied and picked on. Others said there was favoritism and low morale in the department.

“There is a lot of criticism of the director and the ability or inability to manage personnel,” Arakawa told the committee.

During his appearance before the committee — which he requested to be in open session — Taylor said that he does not get involved with the day-to-day workings of the department because supervisors are better equipped to handle issues involving employees they manage. Personnel complaints are dealt with by the department’s administrative officer, with Taylor getting updates and reports on the progress and outcomes of the complaints.

Some of the problems relating to the low morale could stem from a decision he made a couple of years ago to save the department money, Taylor said. He removed a standby provision that would pay people to be on call and to respond to emergencies after hours.

He said 50 to 60 employees were upset about the loss of pay, but Taylor said he didn’t want to come to the council seeking a half-million dollars for standby pay. The department found a workaround; employees who respond to emergency after-hours calls receive overtime for the time they work. The department also found that the calls for emergency work after-hours declined because staff found ways to catch problems before they occurred, he said.

Council Chairman Mike White asked Arakawa if employee surveys, such as the one for the water department, are done often. Arakawa replied: “Only if we see a real problem we do that.”

Taylor told the committee that he doesn’t have any problem with the mayor.

“It saddens me he has problems with my trust,” said Taylor, adding that he would like a chance to rebuild that trust with Arakawa, “like I would do with anybody else.”

When asked by Council Member Kelly King if he was surprised that Arakawa wanted him removed from office, Taylor said that he “was not expecting it.” He said he has worked with the mayor in county positions since 1992.

Taylor said that Arakawa had a chance to remove him in 2016 when former Deputy Director Paul Meyer retired. Taylor offered to depart as well so Arakawa could start fresh with two new water department heads.

But Arakawa told him to stay on, Taylor said.