Retailers say there should be plenty for New Year’s parties 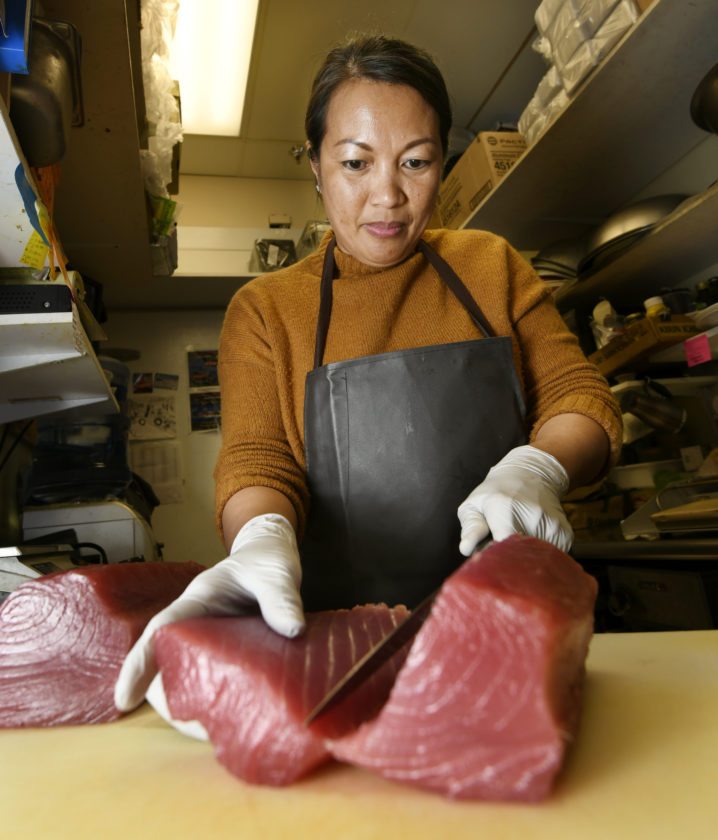 While it may still be early to buy fish for New Year’s, local fish retailers predict there should be plenty of fish to go around and at lower prices than last year.

“I feel it’s very reasonable this year,” said Joel Kawasaki, who manages the kitchen and store at TJ’s Warehouse in Wailuku, which sells bentos, Japanese products, poke and sashimi.

TJ’s was seeing wholesale prices for raw fish hovering around $4 a pound for sashimi.

Kawasaki could not remember exactly what prices were last year, but he recalled his wholesale price was more than $4 a pound and may have been $5 or higher.

Now, the store has already received a “couple of dozen” orders for sashimi platters, which is “quite a bit for us,” Kawasaki said. 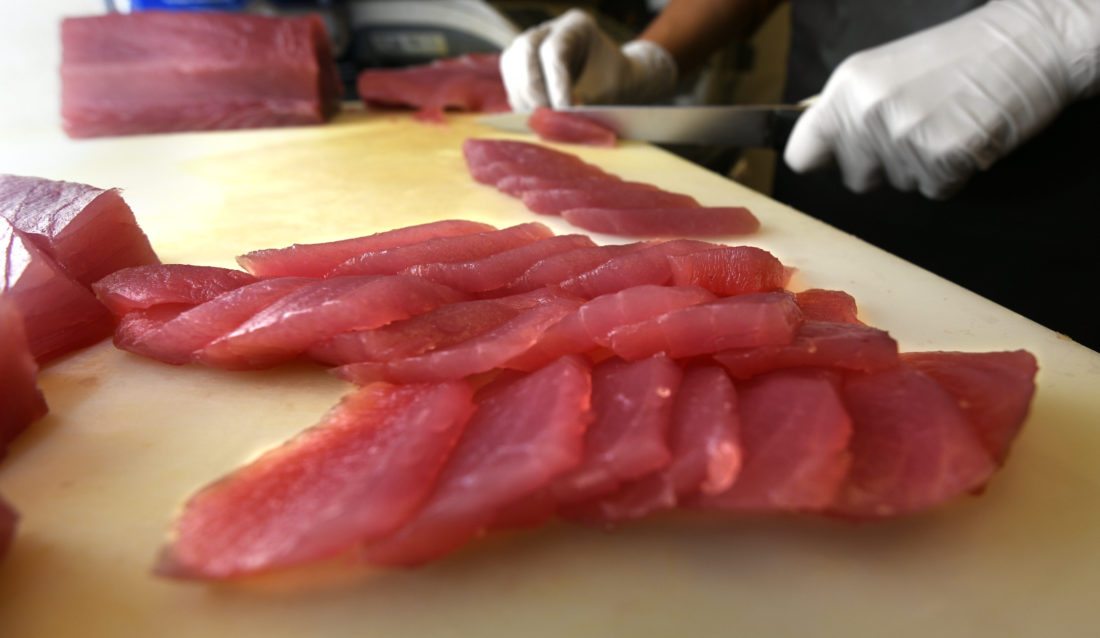 He noted that each piece of fish has to be sliced. And, with only one true fish cutter at the store, it could be a daunting task, he said.

At Oki’s Seafood Corner in the Foodland Kaahumanu, owner Elisa Garcia echoed Kawasaki’s observation about fish supply this year, noting that fresh fish is “more and a little bit cheaper this year.”

Poke and sashimi sales will come over the weekend closer to New Year’s Day, but Garcia said there already has been a run on onaga, or the long-tail red snapper, which is considered good luck.

Customers are buying the red-colored fish now before it runs out, she said. Then, they will freeze the fish for a day or two before preparing it.“It should be fine,” she said of the fish’s freshness. “They (just) want to have the red fish.”

Garcia said she’s checked with the Oahu fish auction, and officials there told her that there are a lot of boats out fishing, which is a good sign.

Her prices are around the same as last year. But, with more fish to go around this year, she said she will add more pieces to her platters compared with last year.

Oki’s will pre-make platters for customers who just want to stop by and pick one up. Also available are hamachi (yellowtail), salmon and ahi (yellowfin tuna).

“The fish is cheaper than last year, (but) we also have more orders,” Kawasaki said.

While folks are ordering sashimi now, the bulk of orders for fish will come on New Year’s Eve. “Ninety-nine percent of them going buy them on Sunday. One person will buy Saturday,” he said.

Kawasaki said the store gets some help for its one fish cutter. “Everyone wants it,” he said of the fish.