Exceptions to hearings officer’s report for Maui rivers due Jan. 5 to the state water commission 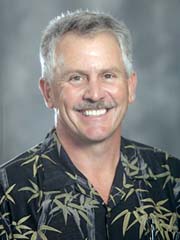 The in-stream flow standard for Maui’s Waihee River, one of the largest perennial rivers in the state, would increase by 4 million gallons per day from 10 to 14 mgd downstream of the Spreckels Ditch, according to a proposed findings of fact, conclusions of law and decision and order by Lawrence Miike, contested hearings officer for the state Commission on Water Resource Management.

The stream flow standard for the Wailuku River — above its 780-foot elevation — would remain the same, a median flow of 25 mgd. Downstream, the river’s flow would be 10 mgd just below the Wailuku Water Co. diversion above the Iao-Waikapu and Iao-Maniania ditches and 5 mgd at the mouth of the stream.

In-stream standards for the other two Na Wai Eha streams — the Waikapu and Waiehu streams — would remain unchanged, under Miike’s Nov. 1 proposal.

Parties with standing in the water commission’s contested case proceeding have until Jan. 5 to file written exceptions to Miike’s findings. Later, the commission will hold a public hearing on Maui, hear oral arguments and make a ruling.

In-stream water flow standards are set to prevent stream diversions that, among other things, harm wildlife habitat by drying up streams that block the migration or movement of fish, reduce biodiversity and interfere with a stream’s natural hydrology or with Native Hawaiian traditional and customary rights.

Representing Hui o Na Wai Eha and the Maui Tomorrow Foundation, Earthjustice attorney Isaac Moriwake called Miike’s work “the most comprehensive top-to-bottom water rights adjudication in Hawaii history, which will decide the flows required for Na Wai Eha rivers and streams, as well as the water rights of community members who live in these valleys.”

“We have a historic opportunity to establish a ’21st-century ahupua’a’ model for water stewardship, which can lead the way for other communities across the state,” he said.

However, Moriwake said more diverted water should be returned to streams.

Even after the end of sugar cultivation on Maui and a reduced agricultural demand for water, the proposed decision increases stream flow only for Waihee River by adding 4 million gallons per day, he said.

“The end of sugar should enable the restoration of more flow in all four Na Wai Eha streams, especially during times of higher stream flows,” he said.

Sterling Wong, public relations officer for the state Office of Hawaiian Affairs, said the state agency was gratified by Miike’s proposal, calling it a “long-overdue recognition of the state’s constitutional, public trust duty to prioritize Native Hawaiian traditional and customary rights in the allocation of water, including the traditional and customary right to cultivate kalo.”

However, Wong noted that the recommended decision “also imposes legally unsupported limitations on the definition of Native Hawaiian traditional and customary rights, which would deny many OHA beneficiaries of their ability to exercise their rights to grow kalo.”

“The Native Hawaiian farmers and families of Na Wai Eha have waited far too long and deserve no less than a full recognition of their traditional and customary rights,” he said.

Since then, “there has been little to no scientific evidence or studies that have documented that the 25 mgd of returned water has been determined in fact to be beneficial,” he said.

Chumbley said he questioned whether the return of water to the streams was more than needed, versus reasonable and beneficial off-stream uses to the community.

“There has to be a balance under the Water Code for in-stream values and off-stream uses,” he said. “I question this increase of an additional 4 mgd to total a combined volume of 29 mgd of required flows mauka to makai.”

Last year, Wailuku Water, the successor company to Wailuku Sugar and Wailuku Agribusiness, reached an agreement with the administration of Mayor Alan Arakawa to sell its ditch system and 8,764 acres of its West Maui watershed lands to Maui County for $9.5 million. The Maui County Council has agreed to spend $150,000 for an appraisal of the land and infrastructure.

Maui County, as a political subdivision, would not be regulated by the Public Utilities Commission, Chumbley said. The Maui County Council would determine water rates, and the county would be responsible for putting a water-delivery system in place.

If the County Council ultimately rejects the deal, Wailuku Water Co. would need to get a certificate of convenience and necessity from the PUC to establish a service area and a tariff to charge customers for water-delivery services. The company’s application for such a certificate was shelved while the water commission worked to determine Na Wai Eha in-stream flow standards and issue water-use permits.

Wailuku Water has been losing money. In September, however, the PUC approved the company’s $3.4 million sale of 4,600 acres to Ting Ranch LLC. The land is mauka of the King Kamehameha Golf Course in Waikapu.

Despite the sale, “I’m almost out of cash,” Chumbley said last week. “I can’t afford to operate much longer.”

Meanwhile, the clock is ticking on the water commission’s Na Wai Eha decision, which will likely be appealed and delayed for years.

Miike’s proposed implementation of the water permit scheme is “so unenforceable in so many ways,” Chumbley said.

There are 143 applicants for water in the current contested case, Chumbley said. Of those applicants, 63 have no proposed water permits, although some applicants have been rejected for not participating in the process or for submitting incomplete applications. They may reapply.

For now, 79 applicants have received proposed water-use permits in Miike’s proposed decision and order, he said. All 143 applicants have legal standing and can file exceptions to Miike’s findings, he added.

About a dozen applicants are represented by attorneys, and others were assisted by the Office of Hawaiian Affairs and Earthjustice, he said.

Chumbley said that, of the 79 applicants who’ve received proposed water-use permits, Wailuku Water Co. can’t provide water to 35 of them because there aren’t existing pipes or a water system in place to do so.

“They’re getting water off the stream on their own,” he said.

Those applicants would need to get stream diversion permits, he said.

Of the 44 applicants that the water company would be able to serve, only 15 to 20 of them receive water currently, he said.

For the rest, establishing water service would require spending millions on obtaining easements and developing a water-delivery infrastructure to serve them, Chumbley said.