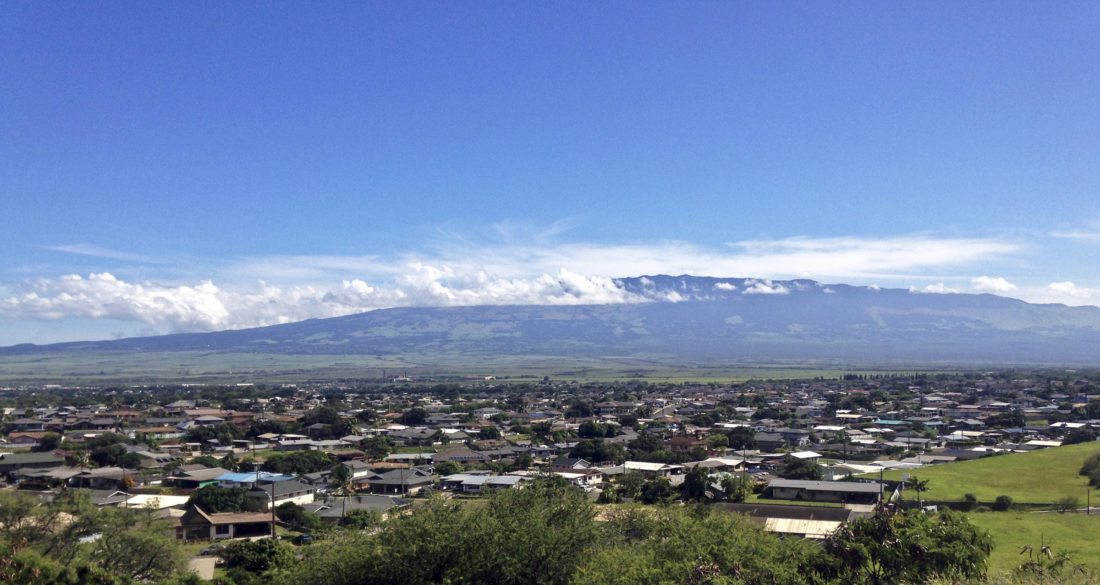 Buyers picked up 140 single-family homes in Kahului, a 2.1 percent increase over the first 11 months of 2016, according to November statistics from the Realtors Association of Maui. The median price for a home in Kahului was $600,000, a 7.1 percent increase over 2016. A lack of housing inventory coupled with strong demand is driving higher prices. Kahului has more “affordable” homes than other areas. • The Maui News / BRIAN PERRY photo

By almost every metric, Maui County’s housing market is grim for buyers and rosy for sellers, according to November statistics reported by the Realtors Association of Maui.

Homes are selling quickly and — especially if a property is priced below median — “it goes right away,” Hay said.

Buyers have not taken a break from property bargain hunting, she said, even though the Christmas-New Year’s holiday season is normally a slow time for real estate sales.

“They’re always looking for a deal,” she said. “If you have something that’s priced within reason, the chance of selling quickly is pretty good.”

For example, the number of single-family home sales for January through November was up 3.3 percent to 1,010, and the home median sales price (half higher and half lower) was up 9.4 percent to $695,000, the association reports. Total dollar volume for home sales was up 11.2 percent at more than $1 billion.

The November statistics point to low supply and high demand, a recipe for sellers to demand, and get, higher prices.

Available homes and condos are on the market — on average — between four and five months, the association’s statistics say. In November, a single-family home was on the market 129 days on average, 20.4 percent less time than a year earlier; and a condominium remained for sale 142 days, a 13.4 percent decline from a year earlier.

The association also reports a housing affordability index. Higher numbers mean homes are more affordable. For example, an index of 120 means the median household income is 120 percent of what is necessary to qualify for a median-priced home under prevailing interest rates.

For Maui County, the affordability index for single-family homes ranged from 60 in September to 50 in March. Condos were more affordable, ranging from 98 in August and November to 71 in January.

As for real estate sales by region, most of the buying and selling of single-family homes has been in Central and South Maui for the first 11 months of the year, the association reports.

For condominium sales by region, Kihei alone reported 39 percent of all sales, 515, a 15.7 percent increase in sales volume over the first 11 months of last year. The next highest condo sales volume was in Napili-Kahana-Honokowai, where there were 207 sales, a decrease of 5.5 percent from last year. Wailea-Makena reported 127 condo sales, up 32.3 percent. And, Kaanapali had 117 sales, down 14.6 percent.

The lowest median price for condos was $95,000 in Kahului, where prices for 34 units were up 9.8 percent. Wailea-Makena had the highest prices.

To see the association’s November statistics, go to www.ramaui.com/UserFiles/File/Stats/All-November2017.pdf.