Lawyers to mayor: Let Dave Taylor go back to work 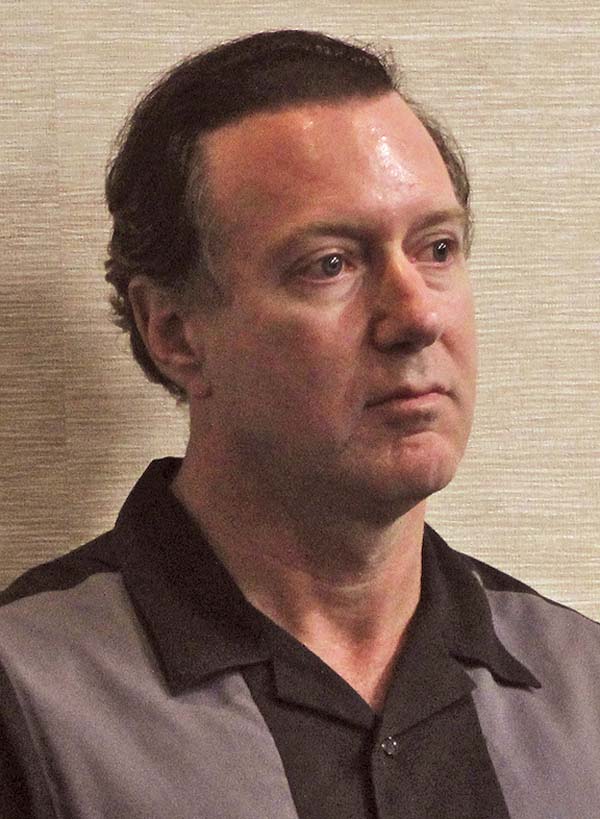 Attorneys for Department of Water Supply Director Dave Taylor have given Mayor Alan Arakawa until Friday to restore Taylor to his position.

“We demand that Mr. Taylor be allowed to return to his position as director of Water Supply and that all improper actions stop immediately, including defamatory statements and the illegal use of his professional license,” attorneys Margery Bronster and Lanson Kupau wrote in a letter Monday to the mayor, council members and Corporation Counsel Pat Wong.

The letter adds that “if these demands are not met by January 12, 2018, Mr. Taylor will seek all appropriate damages and remedies.”

Taylor has been on administrative leave since the mayor tried to remove him in November. On Tuesday, he referred questions to his attorneys and said that “at this point forward, I am not going to be making any more public statements about this.”

Bronster wouldn’t say whether Taylor planned to sue the county if he were still on leave by Friday.

“We’re hoping the county will do the right thing by Friday, and we won’t have to worry about what the next steps are,” she said by phone Tuesday. “But we’re certainly reserving all of his rights.”

On Nov. 15, Arakawa sought to dismiss Taylor, a move that had to be approved by the Maui County Council. At a council committee meeting Dec. 2, the mayor cited problems with Taylor’s management abilities, low department morale and projects that Taylor had failed to complete. Taylor said he and Arakawa have not always seen eye-to-eye; the two have been at odds over the mayor’s plans for the county to buy the water diversion systems of Wailuku Water Co. and East Maui Irrigation.

On Dec. 15, council members voted unanimously to keep Taylor as director, saying he hadn’t been accused of any wrongdoing.

But since then, Arakawa has not taken Taylor off leave. Assistant Communications Director Ryan Piros would say Tuesday only that an administrative investigation is ongoing, and that a criminal investigation started this month as well.

He said he could not give details, but he provided a copy of a letter alleging that Taylor mishandled a time extension for a Kula property owner to complete water improvements. Taylor declined comment on the matter, but Paul Meyer, the former deputy director of the Water Department, said Tuesday evening that Taylor was within his rights to grant the extension.

In their letter to the mayor, Bronster and Kupau dismissed the criminal investigation.

“Your recent statements that Mr. Taylor is under criminal investigation are contrary to your ever-changing explanations for your actions and have caused Mr. Taylor harm professionally and in his community,” the letter says.

Taylor has served as Arakawa’s appointed water director for the past seven years and has worked for the county for a total of 25 years. Despite their differences, the mayor has called Taylor “an asset to the county” and “a great engineer.”

Bronster and Kupau said that by keeping Taylor on leave, the mayor is violating the county charter, which states that the council must approve the removal of the water director, and it requires either the director or deputy director to be a registered engineer, which acting Director Gladys Baisa is not.

“The county’s continued use of Mr. Taylor’s professional license since November 16, 2017, through the deputy director, is unauthorized and could expose Mr. Taylor to liability as well as jeopardize the safety of the people of Maui,” said Bronster and Kupau, who asked for any documents issued under Taylor’s name or license since Nov. 16 to be “immediately rescinded.”

Bronster said her office has made a Freedom of Information Act request for any such documents.

Taylor’s attorneys also singled out Wong, saying he declined to give Taylor advice about his “rights, duties, responsibilities and liabilities as the director on administrative leave.” The letter adds that Wong failed to appoint Taylor an attorney without a conflict of interest. Piros did not comment on the claims against Wong.

In the past, other department directors have been the subject of public complaints and lawsuits while still on the job, including a recent whistleblower lawsuit by a former employee against Public Works Director David Goode. When asked last week about the county’s policy for putting directors on administrative leave, Assistant Communications Director Lois Whitney said, “The county has specific policies for leave pending investigation for most employees spelled out in the various union contracts and executive orders for civil service employees. However, it is not specifically called out in the leave provisions for department heads.

“As to why one department head wasn’t placed on leave while others were, again there is no policy regarding appointed positions,” Whitney said.

Taylor earns an annual salary of $135,884. Before voting last month, council members expressed concern that even if they decided to keep Taylor, the mayor would simply put him on leave indefinitely, at the taxpayers’ expense.

“The council made it very clear with our decision not to OK the dismissal,” council Vice Chairman Bob Carroll said Tuesday.

“The key here is that the mayor has tried to avoid the very clear requirements of the county charter,” Bronster said. “And after the council flatly rejected his request to terminate, he went and removed him anyway.”