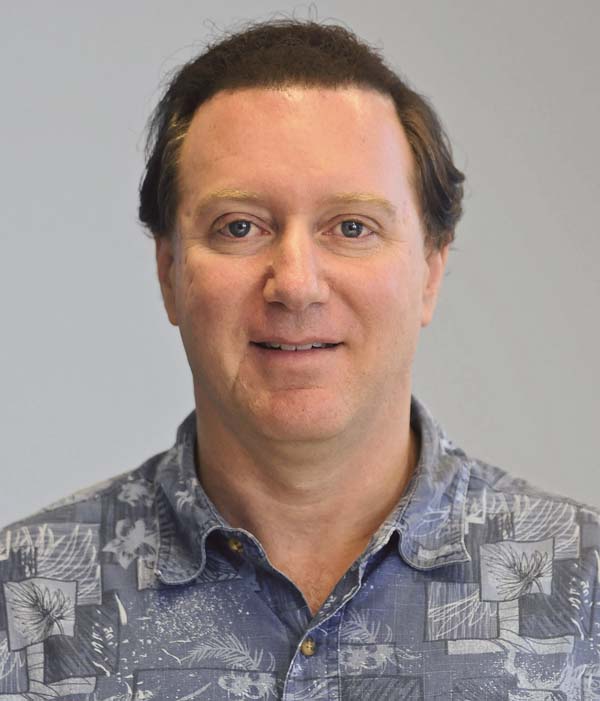 Maui County Department of Water Supply Director Dave Taylor was not reinstated to his post on Friday, county officials said, defying a deadline set by his attorneys for him to be allowed return to his job.

Managing Director Keith Regan said on Friday afternoon that an investigation regarding Taylor is “ongoing,” and therefore nothing to Taylor’s employment has changed.

“We have nothing in terms of an update to provide,” Regan added. “Once the investigation is concluded, the mayor will take appropriate action, if any.”

Regan did not elaborate on what the investigation has entailed.

“We are just calling it an investigation at this point in time.”

On Tuesday, the county released to The Maui News a letter from an attorney accusing Taylor of violating county law when he granted a Kula property owner a two-year extension to complete water improvements.

County officials have not said whether that issue is part of the investigation.

The administration’s refusal to reinstate Taylor could set the stage for a lawsuit against the county, said Taylor’s attorney, Margery Bronster, by phone from Oahu late Friday afternoon.

“Unfortunately, if we are forced to file a lawsuit, I think it will be unnecessarily contentious and expensive,” she said. “It can all be avoided if the county simply puts him back in his job.”

Taylor is “anxious to get back to work, to serve the people of Maui,” she said.

On Monday, Bronster and fellow attorney Lanson Kupau sent a letter to Mayor Alan Arakawa demanding he reinstate Taylor, who is currently on administrative leave with pay. On Dec. 15, the Maui County Council voted unanimously to reject Arakawa’s call to remove Taylor.

Arakawa took Taylor off the job on Nov. 15. Arakawa has said he has problems with Taylor’s management abilities, low department morale and projects that Taylor had failed to complete.

He said the letter noted that there is an ongoing investigation, and Taylor would be treated fairly.

Regan said the letter also noted that the administration would do its best to complete the investigation as soon as possible.

As for the county’s take on Bronster’s letter, Regan said the administration was not in a place to discuss the matters in the letter because the investigation would need to be addressed first.

Bronster reported receiving a letter from the county around 4:40 p.m. Friday. She declined comment on the letter.

Bronster said Taylor has not been contacted about the county’s investigation of him, nor has he been informed of it.

“Even in that regard, we find that very troubling,” she said. “The accusations or assertions against him have been changing on almost a daily basis. We think that’s because there is nothing there.”

Taylor could not be immediately reached for comment on Friday, but he told The Maui News on Tuesday that questions should be referred to his attorneys. He has declined to make further public comments.

In a council committee discussing Arakawa’s resolution to fire him, Taylor agreed that he and the mayor have not seen eye to eye all the time, with himself a “technocrat” and an engineer while Arakawa a “visionary.” He expected to complete the last year of his tenure tying up loose ends as Arakawa’s final term as mayor comes to an end. Taylor said he was “not expecting” the mayor to remove him.

Taylor said that Arakawa had a chance to remove him in 2016 when former Deputy Director Paul Meyer retired. Taylor offered to depart as well so Arakawa could start fresh with two new water department heads. But Arakawa told him to stay on, Taylor said.

Taylor’s attorneys have demanded he be returned to his job and “that all improper actions stop immediately, including defamatory statements and the illegal use of his professional license.”

Bronster and Kupau have said that by keeping Taylor on leave, the mayor is violating the Maui County Charter. It states that the council must approve the removal of the water director, and it requires either the director or deputy director to be a registered engineer, which acting Director Gladys Baisa is not.

On Friday, Bronster provided three examples in which Baisa has signed her name “for” Taylor, alleging that the county was using Taylor’s license. Signatures were on letters from the Department of Water Supply to the Maui County Council.

Taylor earns an annual salary of $135,884. Before voting to keep Taylor last month, council members expressed concern that if they decided to do so, the mayor would simply put him on leave indefinitely, at the taxpayers’ expense.

Regan said that this route is standard practice in the county.

“When an employee is put on leave during an investigation, generally we do that leave with pay. That’s been very much standard practice,” Regan said.

He said he did not have a timeline for the investigation and that “we are trying to get through it as quickly as possible.”