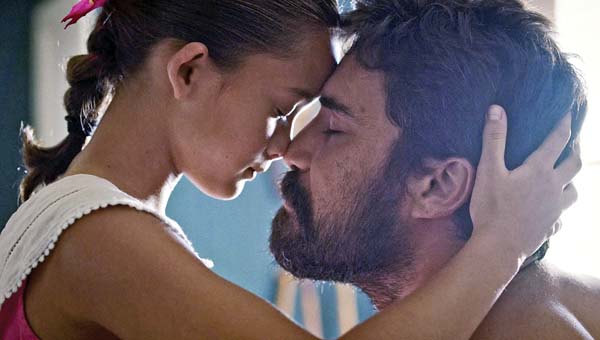 Kealani Warner, as Kimberly Coyle, embraces with Kainoa Horcajo, as Bill Kanekoa, in a scene set in 1959 from the film “Kuleana.” -- JACK GRACE photo

The Maui film “Kuleana” has accomplished what no Hawaii film has done in nearly a decade — reach the big screen statewide.

The movie shot entirely on Maui and starring Hawaii people is set to be released March 30 in eight to nine theaters as well as a theater in Guam, “Kuleana” director Brian Kohne of Wailuku said Tuesday.

“We’re certainly excited about it being in the theater chains with the proper screen and proper sound,” Kohne said. “It’s wonderful. As a filmmaker it brings me incredible peace of mind that our work will be shared in Hawaii in a proper setting.”

Set on the Valley Isle in 1959 (the year of statehood) and 1971, the story follows a disabled Vietnam veteran who rediscovers the Hawaiian warrior within him to protect his family, defend his land and clear his father’s name. Moronai Kanekoa, a 1996 Maui High School graduate, plays the film’s protagonist alongside other Maui residents such as Kainoa Horcajo and Branscombe Richmond.

Before reaching the big screen for the first time, “Kuleana” had to overcome two major hurdles. 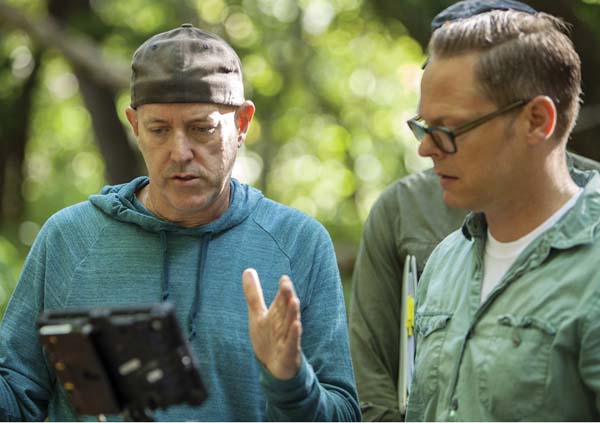 “We’re working in a genre that doesn’t exist yet, which is Hawaiian, and making a movie about a people for whom there are few,” Kohne said. “There’s definitely lower hanging fruit storywise that can find its way to the screen efficiently, but those challenges has made ‘Kuleana’ all-the-more important to us.”

Kohne staunchly believes there is an audience for Hawaiian motion pictures and part of the reason there has been so few is because theater chains do not have enough data to get behind one. The last Hawaii film to reach the big screens was 2010’s “Princess Kaiulani.”

“I think it’s a chicken and egg,” he said. “Not only do you need a quality picture, but also need to be in theaters so it can be successful in the context of their busy lives. What we’re doing is creating a path for ourselves and others to follow — not only in production, but in marketing. It’s been a long time since a Hawaii move has had a statewide release.

“I think theatrical enters a level of importance that video on-demand or straight to DVD doesn’t compare.”

Kohne used the experience he gained from his last Maui film, “Get a Job,” in 2011 to help make his latest feature. However, the lessons he learned extended well beyond making a more polished film.

“It’s not enough to make a quality motion picture,” he said. “Producers have to really be savvy on the marketing and distribution side of this. Marketing drives every stage of the process. It’s not an afterthought for the independent filmmaker.”

“Kuleana” will run in Hawaii theaters for at least one week, and it will be up to audiences how much longer it remains on the big screen, Kohne said. The longer his film stays on screens, the more likely it will be seen by visitors, “which could be a whole new avenue for the Hawaii filmmaker,” he said.

“It will be an open-ended run so our success is tied directly to the interest and passion of our audience — not only to give us a chance but to help us spread the word,” he said. “The greatest importance for our movie and any is a big opening weekend, so we’re really working hard to motivate ticket sales statewide.”

Rated PG-13, the 1-hour, 35-minute drama has been screened in six festivals worldwide and brought home top prizes in five of them. In October, the film won Best Feature at the Guam International Film Festival.

Kohne has sought to “shift the paradigm” on what people think of local movies by providing a “quality and emotional experience.”

“One common response we’ve had since the first trailer was released is ‘Wow this looks like a real movie,’ which is sort of a backhanded compliment, but we’ll take it,” Kohne said jokingly. “A lot of people online thought it was a fake trailer and couldn’t possibly be a quality movie.”

In addition to its Hawaii release, the film plans to premiere in theaters across the country starting April 13 through a technology-based specialty theatrical distributor called Gathr Films, Kohne said. The service will allow him to send his film to any theater in the country that requests to host a premiere.

Kohne has been reaching out to various halau and canoe clubs on the Mainland to increase awareness and interest in the movie. He said a Hawaiian civic club in Nevada planned to show the film to its leadership as well.

“It’s really remarkable how Hawaii people are all over the world and at places you wouldn’t first consider,” Kohne said. “It speaks to how many of us live on the Mainland and how Hawaiian culture and traditions are really taking root. Because it’s not just Hawaii people who are participating in this, it’s Mainlanders who are really getting behind them and in many ways perpetuating the Hawaiian culture.”

Since he returned home to Maui 13 years ago, Kohne said, Hawaii’s film industry has flourished with the rise in county and state resources as well as the creation of Creative Lab Hawaii, a state program focused on building Hawaii’s creative entrepreneurial capacity. Kohne also is a teacher in the University of Hawaii Maui College’s new Creative Media Program, a two-year degree that began in the fall.

“Hawaii should have a regional cinema,” he said. “We’re passionate. There’s a million and a half of us and visitors every day. There’s no reason a vibrant regional cinema can’t exist in Hawaii.”