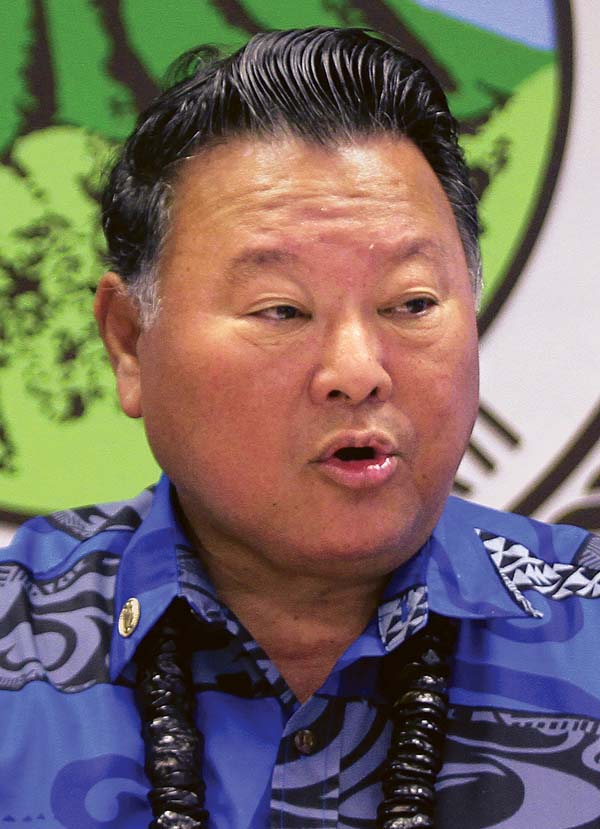 A Maui County Council committee on Tuesday voted against having the county foot the bill for private attorneys to defend Mayor Alan Arakawa and Maui County in a lawsuit filed by water director David Taylor, who is seeking to get back to work and off paid leave.

Members of the council Parks, Recreation, Energy and Legal Affairs Committee spent about an hour in executive session with a county attorney, then returned to take the vote, declining to recommend resolutions funding the private attorneys for the mayor in his official and personal capacities and the county.

Taylor remains on paid administrative leave, which began in November when Arakawa attempted to have him fired. But the dismissal required the approval of the council, which voted Dec. 15 to keep Taylor on. When Taylor returned to work on the first business day following the vote, he was placed on administrative leave again, pending unspecified administrative and criminal investigations, according to officials in the Arakawa administration.

On Jan. 30, Taylor filed a complaint in 2nd Circuit Court over Arakawa’s attempts to remove him as water director. The lawsuit claims include defamation, slander and wrongful termination by Arakawa and violation of Taylor’s due process rights. The Nov. 15 letter the mayor wrote to Taylor to inform him that he was being removed from his position and placed on indefinite administrative leave did not outline the reasons for his removal, the lawsuit said.

The lawsuit seeks to have Taylor returned to his job, which pays $135,884 annually. 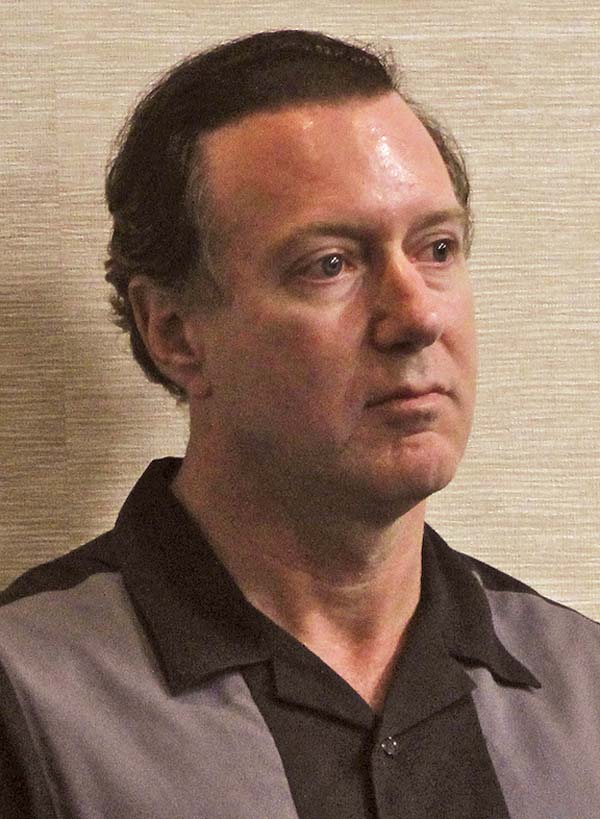 Council Chairman Mike White said after the meeting that he voted “no” on every motion because, “I think the concern is having an individual on what appears to be long-term leave. Hopefully, this lack of support for the resolution will encourage the parties to get together and try to resolve this,” he said.

If the lawsuit were to continue, the county would bear the costs of Taylor’s salary without any work being done, along with what could be $150,000 in initial private attorney fees and possibly more if the case progresses.

The resolutions called for employing Cox Fricke LLP to defend Arakawa in his individual capacity and Kobayashi, Sugita & Goda LLP to represent Maui County and Arakawa as his official capacity.

During the meeting, White expressed his concern that the litigation could last the next 10 months or through the end of Arakawa’s tenure as mayor and Taylor’s as water director.

What happens next remains unclear. County Managing Director Keith Regan said Tuesday evening that the administration could consider introducing another resolution “but at this point we will need to discuss our options before we decide on our next steps.”

Regan said that county attorneys were continuing their work on Taylor’s investigation. He was not able to provide a timetable on the probe’s completion.

Deputy Corporation Counsel Brian Bilberry told the committee that he had been in contact with Taylor’s attorney, former Hawaii Attorney General Margery Bronster, and that the county had obtained an extension to the first week of March to respond to the lawsuit. He said that Bronster told him that Taylor would like to try and resolve the dispute rather than head deeper into litigation.

During the meeting, former deputy water director Paul Meyer, who worked with Taylor, was called to testify on some of the allegations lobbed against Taylor. White said he wanted to gain more insight from Meyer on the alleged criminal charges against Taylor; the council member used air quotes when using the term “criminal.”

Although exactly what Arakawa officials are investigating remains unclear, the mayor told a council committee in public in December that Taylor lacked management abilities and failed to complete projects he wanted done. Questions about morale in the department also were raised.

After the council voted to retain Taylor, a letter surfaced claiming that Taylor violated county law when granting a Kula property owner a two-year extension to complete water improvements. The lawsuit filed by Taylor says that one of the investigations involves this claim.

Meyer testified on the extension issue at the beginning of the meeting. In an interview with The Maui News, Meyer defended Taylor, saying the County Code gives the water director the authority to provide the extensions. He said other similar extensions have been granted based on this same reasoning.

Bilberry and White got into a back and forth over Meyer’s testimony, which Bilberry said was not under oath. Bilberry tried to shut down questioning and comments from council members, cautioning committee members to “make no further public comment” regarding the underlying facts of Taylor’s case against the county.

“Anything you say or you have said will be subject to a deposition,” he warned.