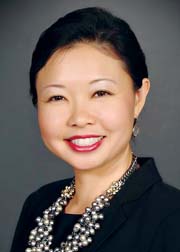 Souki, 86, will resign from office by the end of this month as part of a settlement with the Hawaii State Ethics Commission over sexual harassment of women, including Rachael Wong, the former head of the state Department of Human Services. His exit leaves the Wailuku representative seat without an incumbent for the first time in 34 years.

Those who’ve taken out papers but had not filed them as of Friday were: attorney Lynn Araki-Regan, chief of staff for Mayor Alan Arakawa; Troy Hashimoto, executive assistant to Maui County Council Chairman Mike White; Justin Hughey, vice president of the Hawaii State Teachers Association; Dain Kane, a County Council member (Wailuku-Waihee-Waikapu residency seat) from 1999 through 2006; and Mary Wagner, business continuity plan manager in information technology in the county Department of Management.

Separately, the Maui Democratic Party will field applications from candidates for the remainder of Souki’s term this year and submit three names to Gov. David Ige for appointment. That process is in its initial stages.

With more media exposure and a short time of service in the Legislature, Ige’s appointee may have an edge over other candidates in the Aug. 11 Democratic primary race. The 8th House District seat, which includes Wailuku, Waikapu, Waiehu, Waihee, Kahakuloa and Puuohala, is considered staunchly Democratic. 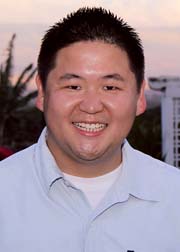 All five of those who’ve checked out papers are Democrats. So, if no candidates from other parties contest the seat, then the Democratic Party primary will determine Souki’s successor.

Araki-Regan said she was born and raised in Wailuku town, where she raises a family with husband Keith Regan, Maui County managing director.

“I have a vested interest in District 8 and want to help make District 8 the best it can possibly be,” she said. “I hope to utilize my experience in both the private and public sectors to help critical issues on the state level.”

Such issues of great concern for district residents include homelessness, mental illness, overcrowded schools and traffic congestion, she said.

“I know, as the former budget director for the county, that the state’s growing fiscal challenges preclude much of our district’s needs from being met as efficiently as we’d like,” she said. “We need a legislator who has the drive and courage to propose out-of-the-box solutions, engages with the community, accepts and embraces input, and is willing to champion the best so that programs and projects are properly and adequately funded.” 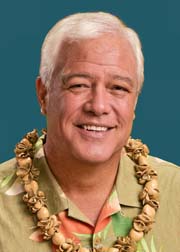 Araki-Regan said her goals as a legislator would be to see a third middle school in Central Maui, relief of traffic congestion between Maalaea and Lahaina, state investment in expansion of Kahului Harbor and “for the state to work collaboratively with the County of Maui to address critical issues such as invasive species, homelessness and affordable housing.”

Araki-Regan is a 1988 Baldwin High School graduate. She received a bachelor of science degree in accounting in 1992 from Santa Clara University and her law degree from the University of Hawaii William S. Richardson School of Law in 1995. She has an extensive listing of community service, including as a leader in Boy Scouts and as past president of the Japanese Cultural Society of Maui.

She was Maui County economic development coordinator from 2003 to 2006, budget director from December 2016 to December 2017 and the mayor’s chief of staff since December.

Hashimoto said he’s running for the House seat “because I believe a young and balanced voice is needed to advocate for our community.”

“I bring a new face and new ideas, but also understand our community’s rich history,” he said. 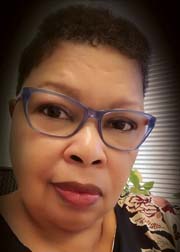 Hashimoto said that part of his job as former Maui County Democratic Party chairman was to encourage new candidates to run for office.

“With this open seat, the time has come for me to walk my talk and serve as a fresh option for voters,” he said.

When asked about major issues in the campaign, Hashimoto said that “quality-of-life issues facing working families are critically important.”

“Affordable housing is at a tipping point where it is nearly impossible to own a home,” he said. “Many of my classmates I grew up with have decided that it’s too hard to live on Maui or have never returned to the islands from college. They feel there are better opportunities elsewhere, and this must change.”

Infrastructure problems continue to be a vexing issue, he said, with many deferred road projects resulting in traffic congestion.

“Most importantly, we must invest in our next generation,” he said. “Adequate funding and facilities for education and economic development is the best way in achieving a brighter future.”

If elected as a legislator, Hashimoto said he would seek strategic committee assignments and establish key relationships with other lawmakers, which he called “crucial” for advocating for the district at the Legislature.

Aside from that, he said his focus would be on fiscal responsibility “so future generations are not saddled with huge debts and fighting for quality-of-life issues.”

Hashimoto grew up on Maui, working on his family’s persimmon farm. He has a master’s degree in business administration from the University of Denver and served on the state Board of Education.

Hughey sought to unseat Souki in 2010, finishing last in a four-way primary race with 304 votes, or 6.1 percent.

He said that, at the time, he was new to the district and working two jobs to support himself. “I didn’t do too well,” he said.

At one point at Kamehameha III, a classroom roof was falling in on students, he said.

“Public education here has never been a priority, and I will make it a priority,” he said.

Also, he said, he was the first person to benefit by acquiring a foreclosed home that was renovated by the nonprofit Na Hale O Maui. He said he bought a home for $278,000 that had been priced at $650,000, and his monthly mortgage is less than $1,300, which is less than what he paid previously for a one-bedroom residence in Lahaina.

Inspired, he said he got involved with the nonprofit and became a member of its board.

Kane, a 32-year district resident, said that he has “developed countless personal, professional and public relationships that rely on, among other things, engagement, integrity and trust.”

“With broad base support and encouragement resulting from those relationships, along with my previous experiences as an elected public servant, I’ve committed to effectively represent the citizens of our district at the Hawaii State Capitol,” he said. “There, issues of critical importance are decided upon that have lasting impacts on the quality of our lives and the lives of future generations.”

Kane said that one major issue is “recognizing our large Hawaiian communities throughout the district, which happens to be one of the major centers of Hawaiian society from pre-contact Hawaii.”

“One of my main objectives will be to secure socioeconomic, health and educational needs for these communities, as well as help preserve and protect the natural and cultural resources that they need to improve and sustain their quality of life and environment,” he said.

“Balancing the basic needs of our communities, maintaining the ability to continue to afford living here and pursuing more ways to assist those who can’t or no longer can afford to live here will come down to the fiscal policies decided upon at the state Capitol,” he said.

Kane said his goals as a legislator would include working with the Maui County delegation “to rebuild a stronger presence at the state Capitol where Oahu-centric attitudes present a constant challenge.”

In 1985, Kane received a bachelor of education degree from the University of Hawaii. He worked in sales and finance management positions from 1985 to 1995 and was a Maui High School teacher from 1995 to 1999 when he began service as a County Council member. That included being council chairman from 2003 to 2005 and Budget Committee chairman from 2005 to 2007.

Wagner said she’s running for the 8th House seat “because I am disturbed by the high cost of living, low wages and the continuing increasing gap between the cost of living and wages for most hardworking residents of Maui County.”

She lists as major issues in the race adequate, safe and appropriate resident housing; lack of infrastructure to support growing resident and visitor populations; safe and less-crowded schools with proper student-teacher ratios; protection of freshwater resources, the ocean and land from contaminants; promotion of sustainable farming practices; and preservation of Hawaiian cultural practices.

A resident of the district for more than 20 years, Wagner is one of the original homeowners in the Kehalani community in Wailuku. She has more than 40 years of experience working in government, including seven years at the Honolulu Police Department and 15 years at the Maui Police Department. She holds a master’s of business administration degree in technology management and has a bachelor of arts degree in political science and criminal justice.

Wagner said she’s a cancer survivor and a volunteer with the American Cancer Society’s Reach to Recovery program. She has two daughters and a son, Nicholas, a Baldwin High School graduate.

The candidate filing deadline is June 5.