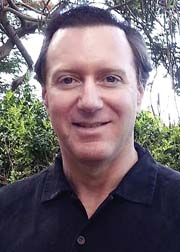 A Maui County Council committee rejected a draft settlement agreement earlier this month that was aimed at resolving a lawsuit over Mayor Alan Arakawa’s termination of Department of Water Supply Director David Taylor.

Attorneys for the county and Taylor continue to negotiate, county officials confirmed Friday.

The draft settlement agreement was taken up by the council’s Parks, Recreation, Energy and Legal Affairs Committee on April 6. The matter was discussed in executive session and deferred after committee members rejected it, committee Chairman Don Guzman said Friday afternoon.

He added that the committee sent back a counteroffer for further mediation.

Guzman said he could not share other details because the matter was heard in executive session. Since it was deferred, it remains in committee, “so it’s still in the process to work things out,” Guzman said.

Taylor’s attorney, Margery Bronster, said she could not discuss the confidential proposed settlement, but she noted that it came about through private mediation.

“The bottom line is that David Taylor would really like to get back to work. Hopefully, we can come to terms that would allow him to do so,” she said.

Bronster said she wasn’t sure what the committee’s concerns were, but she would be “happy to go before them” to answer questions.

Taylor has been on paid administrative leave since Nov. 15 when Arakawa terminated him. Taylor’s attorneys have said the mayor’s letter did not detail the reasons for his removal.

Since the November letter, Arakawa has publicly said Taylor lacks management abilities. He said there was low morale in the department, and a failure by Taylor to complete projects and plan for the future. Arakawa’s office said later that there are unspecified ongoing administrative and criminal investigations.

On Jan. 30, Taylor filed a complaint in 2nd Circuit Court over Arakawa’s attempts to remove him as water director. The lawsuit alleges defamation, slander and wrongful termination by Arakawa and violation of Taylor’s due process rights. The lawsuit seeks to have Taylor returned to his job, which pays $135,884 annually.

In an email, Managing Director Keith Regan said: “Because of the pending lawsuit, the county cannot comment on the underlying facts Mr. Taylor has alleged in his complaint. Mr. Taylor and the county have already participated in confidential mediation to try to settle Mr. Taylor’s lawsuit. The initial settlement proposal reached in mediation is confidential, has already been considered, and was not accepted. We are not aware of another proposal pending committee review. The parties are still in negotiation. Pending resolution of the lawsuit Mr. Taylor filed, there is no agreement to bring Mr. Taylor back to work.”

Arakawa has twice appointed Taylor as water director, once is 2011 and again in 2015.

On Dec. 15, the County Council voted to retain Taylor as director. The Maui County Charter allows the mayor to remove a water director, but only with the council’s approval.

Despite the council’s vote, Taylor remains on administrative leave.

A Dec. 18 letter from Arakawa to Taylor reported that the mayor has learned of “irregularities in the operation” of the water department and an investigation would begin immediately. Taylor was told he would be on paid administrative leave.

The Board of Water Supply is an advisory board, but it appears to be weighing in on the situation of not having a water director. At its April 20 meeting, the board decided to send a letter to Arakawa about the vacancy in the director position.

“We encourage him to resolve whatever issues he has with the director” as soon as possible, said board Chairman Anders Lyons on Friday.

“I want to emphasize that Gladys Baisa is doing a fine job leading the organization,” he said. But “the department is organized with a director and a deputy director. It’s that way for a reason. We just want to make sure the correct leadership is there so that the department is serving the customer, which is our Maui County residents.”