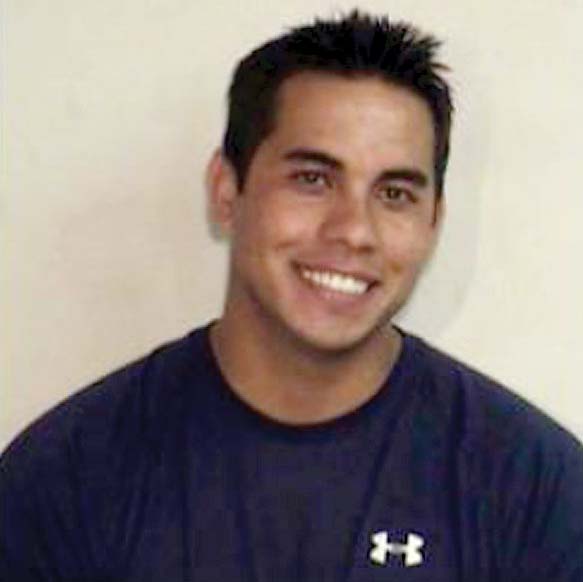 A former Maui Police Department officer pleaded guilty Thursday in federal court to charges brought after he stole money from a man during a traffic stop and later tried to bribe the victim to withdraw his theft complaint.

Anthony “Ikaika” Maldonado, 29, of Kahului entered the guilty pleas to one count of deprivation of rights under color of law and one count of conspiracy to commit witness tampering.

In exchange for his pleas, the government agreed to dismiss a charge of conspiracy to commit witness tampering against Maldonado’s wife, Kelsey Maldonado.

According to court documents and information presented in court, Maldonado was working as a Lahaina patrol officer when he conducted a traffic stop at Mala Wharf on Sept. 30, 2015. The driver, who was alone in the car, used crutches to stand when he got out of the vehicle and spoke limited English.

Maldonado removed a waistpack from the driver and stole about $1,800 from the waistpack. When the victim later realized the cash was missing, he reported the theft to police.

Maldonado and four others, including two other police officers, participated in a plan to try to bribe the victim to withdraw the complaint, according to an indictment handed down in November.

“Everyone should be able to trust that an encounter with law enforcement will not result in theft,” Kenji Price, U.S. attorney for the Hawaii District, said in a news release. “No one is above the law, least of all police officers who are charged with protecting our community.”

Maldonado is scheduled to be sentenced Aug. 23 in Honolulu before Senior U.S. District Judge Helen Gillmor. He faces up to 21 years in prison, a fine of up to $350,000 and up to three years of supervised release.

Police said Maldonado, who had been a police officer for about five years, was placed on unpaid leave after he was arrested in October 2015 and later resigned from the department.

On Oct. 13, 2015, co-defendant Damien Kaina Jr. went to the victim’s house and offered him about $2,000 he received from Maldonado in exchange for the victim withdrawing his complaint against Maldonado. The victim eventually took $1,800 from Kaina so he would leave. The next morning, the victim reported what happened to police.

Keliipaakaua is scheduled to be sentenced July 26 on the conspiracy charge, which carries a penalty of up to 20 years in prison and up to a $250,000 fine.

Police said Keliipaakaua, who had been reassigned to the police Receiving Desk, resigned from his job last month.

“Law enforcement officers must uphold their pledge to protect the members of their communities and conduct themselves with honor,” acting Assistant Attorney General John Gore of the Civil Rights Division said in the news release. “The Justice Department will continue to enforce the law and protect the civil rights of all to be free from willful police misconduct.”