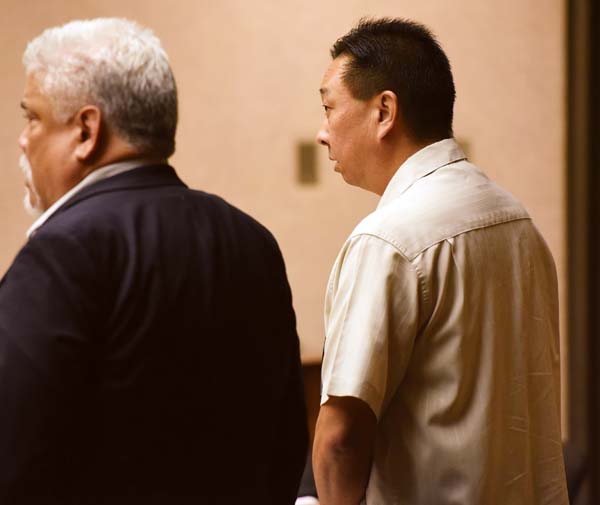 In exchange for his guilty plea to fourth-degree sexual assault, the prosecution agreed not to seek jail time for Orikasa and to recommend that he be placed on one year’s probation when he is sentenced.

Orikasa, 49, of Wailuku could ask for a deferral that, if granted, would keep the conviction off his record.

Orikasa was charged in a criminal complaint alleging he touched the woman’s buttocks without her consent between June 16 and 30, 2017. At the time, Orikasa was commander of the police Criminal Investigation Division, where the sergeant was working.

Had the case gone to trial, the prosecution would have presented evidence to prove that Orikasa subjected the woman to sexual contact by compulsion by touching her buttocks without her consent, Deputy Prosecutor Andrew Martin said during the change-of-plea hearing Wednesday.

“I agree that I touched (the victim’s) buttocks without her permission,” Orikasa said.

He had been assigned to another position at MPD before resigning July 13 after 27 years with the department, according to police.

Cahill said the court wasn’t required to follow the plea deal and could impose other conditions, including sex offender treatment.

He said Orikasa would be required to register as a sex offender. The requirement would continue even after Orikasa completed his sentence, Cahill said.

Orikasa’s attorney, David Sereno, said that after 10 years, Orikasa would be eligible to petition the court to end the registration requirement.

Orikasa is scheduled to be sentenced Oct. 30 on the misdemeanor charge, which carries a penalty of up to one year in jail and a $2,000 fine.