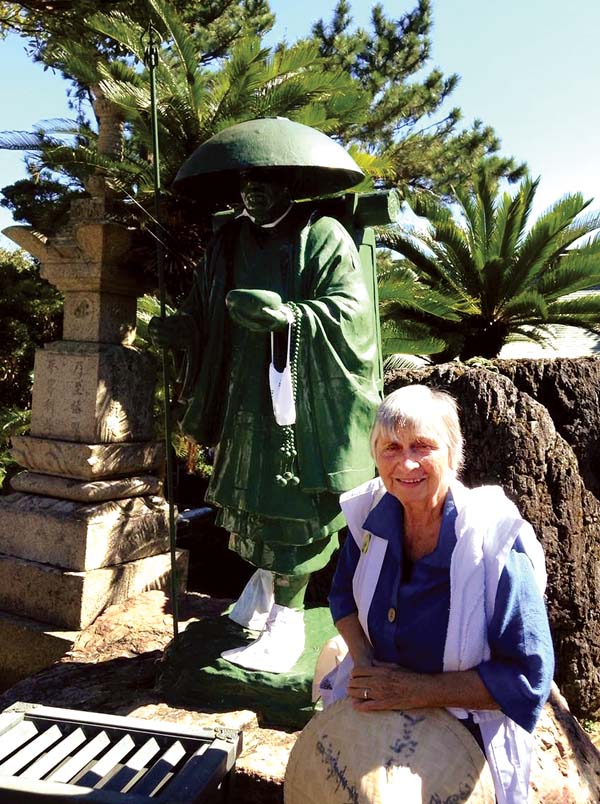 A showing of the documentary “Lost Generation” with actual U.S. military footage of the aftermath of the atomic bombing of Hiroshima and a talk by author Melinda Clarke, who has interviewed bombing survivors, will be held at 1:30 p.m. Aug. 4 at the Nisei Veterans Memorial Center as part of Hiroshima and Nagasaki Remembrance Days.

“Lost Generation” contains footage taken by U.S. Occupation Forces after the bombings of Hiroshima and Nagasaki in August 1945. How the footage became available and got into the documentary revolves around the “10 Feet Movement.”

In the spring of 1980, Tsutomu Iwakura learned of footage shot by U.S. Occupation Forces after the atomic bombing of Hiroshima on Aug. 6, 1945. Those documents had become public with the passage of 30 years under the Freedom of Information Act.

He went to NHK-Hiroshima, the affiliate of the national broadcasting network, seeking help to purchase movie footage in the U.S Archives of the bombings of Hiroshima and Nagasaki, an NHK website said. That was the beginning of the “Ten Feet Movement,” which asked regular citizens to donate 3,000 yen to help purchase footage.

Enough funds were raised to purchase the entire 100,000 feet of footage, which was returned to Japan in April 1981. This included film shot by the U.S. bomb survey team that visited Japan in 1946 and the footage shot by Harold Agnew, who was in the B-29 The Great Artiste, which tailed the bomber that dropped the atomic bomb, the Enola Gay, NHK said.

The footage was used in three movies, including “Lost Generation.”

Clarke was gifted those films while conducting interviews of hibakusha, or atomic bomb survivors, in Japan in the early 1980s. She lived in Japan in 1964 but had a calling to return and in the 1980s began recording Hiroshima and Nagasaki survivor stories.

She had been an activist, protesting the Three Mile Island nuclear plant accident in 1979 in Pennsylvania. The interviews with the hibakusha shifted her worldview, and she became an advocate for peace, the Nisei Veterans Memorial Center news release said.

Today, she tries to inspire others to live a life of peace and purpose and recently walked the Shikoku Pilgrimage of 900 miles and 88 temples, the center said.

Her talk “Journey Toward Peace” will touch upon her interviews with hibakusha survivors and what citizens can do to promote peace and end war.The event will take place at the Oceanview Maui Adult Day Care Center on the Nisei Veterans Memorial Center campus in Kahului.

The event is free and open to the public, but reservations are required due to space limitations. The movie includes some graphic wartime footage and viewer discretion is advised.

To make reservations or for more information, call 244-6862 or email deidre@ nvmc.org.