Board chooses not to renew contract of previous headmaster 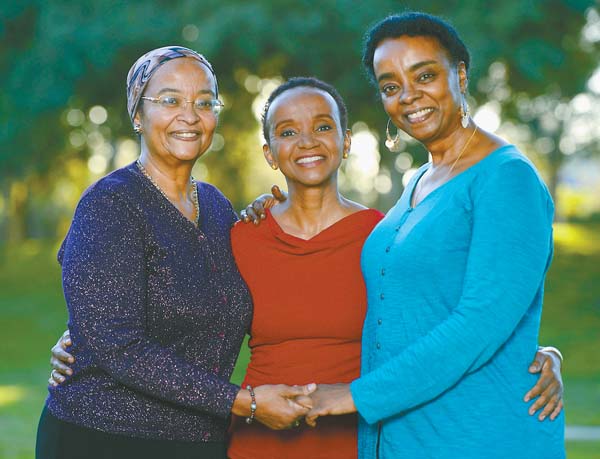 Seabury Hall is searching for a new head of school after declining to renew their former headmaster’s contract, who on Sunday criticized the board of trustees for months of delays and lack of communication.

Sarah Bakhiet concluded her three-year contract at the private 6th-to-12th-grade school in Olinda on June 30. She had originally been selected unanimously by the board in 2014 to replace headmaster Joseph Schmidt, who retired after guiding the school for two decades.

Bakhiet told The Maui News in a phone call from her home in San Diego that she did not want to leave the school, but was “given the runaround” for five months by the board after seeking an extension. She said headmaster contracts are typically completed by January, but she was not given a formal contract or evaluation until April.

Bakhiet said she was invited by the board to request changes to her new contract, so she asked for additional vacation time once a year so she could visit family abroad. The former head of school recently lost her two older sisters — who were living with her on Maui — to cancer, and the closest remaining family she has is on the East Coast.

The board had until May 31 to make a decision but requested more time, which Bakhiet rejected. She said she had passed on several job offers in the process because she was “assured a contract was forthcoming.”

“I decided to leave because my contract had been delayed profusely with no explanation, and the terms were not accepted, which they also didn’t give me any reason for,” she said. “It was really bizarre and throughout the time I was there, there was no communication from the board except through the regular business of the school.”

On June 1, Seabury Hall’s board of trustees sent out a newsletter about Bakhiet’s departure. Board President R. Clay Sutherland lauded her leadership, strong affection of the student body and overall advancement of the school.

“We thank her for her leadership and wish her success in her next endeavors,” Sutherland wrote.

On July 5, Sutherland sent out another newsletter announcing Paul Wenninger as interim head of school while the board spends the next year in search of a permanent headmaster.

Wenninger said in a phone call Thursday that the school will hire a consultant and hopefully name a replacement by the end of the year. The new headmaster would then take the reins on July 1.

Wenninger said he could not comment on Bakhiet’s departure and Sutherland did not respond for comment Sunday.

In her brief evaluation from the board, Bakhiet was recognized for her perseverance through the deaths in her family members as well as increasing enrollment every year, staying under budget and increasing donations, she said. She added that morale was good and she was working on some “major donor opportunities” toward school achievement.

“I loved the school,” she said. “The people in the school, my teachers, my colleagues, the kids were wonderful and the families were absolutely fabulous.”

While running the school of about 450 students, her sisters Nouna and Raga both fought cancer. The two older sisters helped raise Bakhiet, who was age 10 when she lost her mother and 15 when her father passed.

Nouna died in December 2016 at 60. Raga was diagnosed with cancer a week before Nouna’s death and died in March of this year. She was 73.

“It was the most horrific pain that you could ever experience without actually being in pain yourself,” she said. “It’s indescribable and I hope to God you never experience it in your life or anyone else.”

Bakhiet said she received very little support from the board during that time, but found comfort from those at the school.

“It was really a few of my colleagues and dear friends from the Mainland who kept me sane and really came to my aid,” she said.

Among some of the changes she made during her tenure, school started a half-hour later, at 8:15 a.m., and morning assembly was moved to the afternoon — which improved attendance dramatically, she said. Other changes she had planned to make were in homework and testing policies as well as revising curriculum, particularly science, which was “woefully behind.”

“Change is very difficult at Seabury,” she said. “People are extremely traditional. They like the old ways and the majority of the board didn’t want to change.”

Bakhiet noted that it was “extremely obvious” to her that her gender and race subjected her to more scrutiny as opposed to if she were a Caucasian man.

“It surprised me on Maui, which is supposed to be one of the most diverse places on earth,” she said.

Wenninger, who resides in New Mexico, said he has been impressed by the staff and faculty’s dedication to being a “world-class school.” He planned to meet with students, teachers and the community to build a picture of the qualities they are looking for in their next headmaster.

The upcoming school year will be Wenninger’s fifth term as an interim head. He will not be a candidate for the full-time position, but will support and maintain the school’s educational program and activities through the next year.

“We have great expectations,” he said. “I’ve done this for many years and I wouldn’t be here if I wasn’t confident of the organization.”