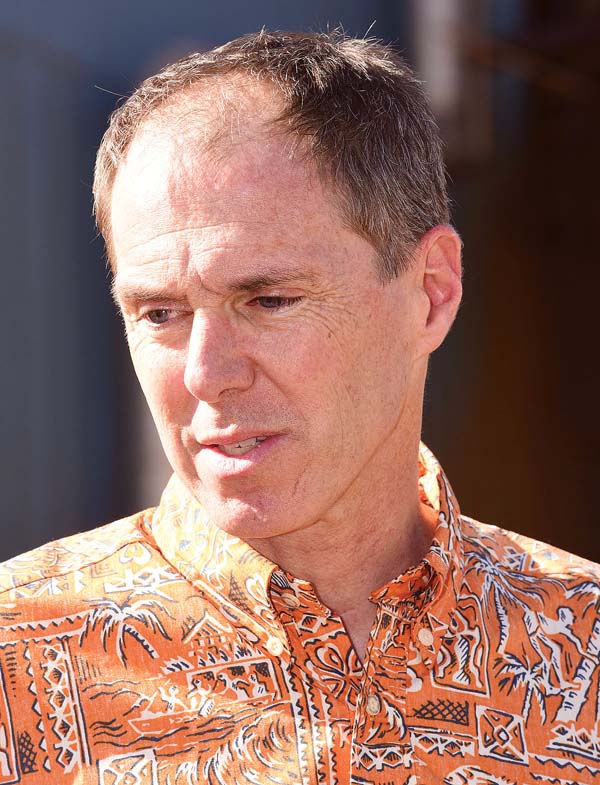 Maui’s largest private landowner, Alexander & Baldwin, is selling 313 acres adjacent to Kahului Airport to the state for $8.6 million and the Lahaina Square Shopping Center and adjacent parcels to an unnamed buyer for $11.3 million, the company said in announcing its second-quarter results last week.

The company also said that the Hookele Shopping Center, to be anchored by Safeway at the corner of Hookele Street and Hana Highway, was 64 percent leased with another 24 percent under letters of intent.

The 94,000-square-foot center in A&B’s Maui Business Park, which broke ground in March, is on schedule to open in 2020. The center is expected to yield a 7.4 to 8.6 percent return to A&B with $41.9 million invested in the project, said Chris Benjamin, A&B president and chief executive officer, in an investor call Thursday.

Benjamin also touched upon the company’s diversified agricultural activities for the 36,000 acres of former sugar fields. He said that grass-fed beef operations at the company’s wholly owned subsidiary Kulolio Ranch in Hamakuapoko have expanded and that the first cattle sales were recorded in June.

The ranch on 4,000 acres of old Hawaiian Commercial & Sugar Co. fields takes calves from local ranches and raises them to maturity and market weight for the ranches. Kulolio Ranch is paid based on the weight gain.

A&B built a ditch, tunnel and siphon system in the 1870s that diverted more than 20 streams in East Maui for sugar operations. Taro farmers and Hawaiian practitioners complained that the diversions left dry stream beds and insufficient water for taro farming and traditional practices.

The commission’s decision and order called for the full restoration of flows to 10 streams for taro growing and limited or no diversions for another seven streams to restore habitats.

A&B had diverted as much as 165 million gallons a day from East Maui streams for sugar. The company said it needed 89 mgd for its diversified agricultural plans, and, while the decision and order did not specify a specific amount, a plaintiff’s attorney in the contested case proceeding estimated A&B would be able to divert about 60 mgd.

The sale of three parcels next to the airport on the Haleakala side of the runway is expected to close in the third quarter. The state Board of Land and Natural Resources approved the sale in January.

In filings before the land board, the state Department of Transportation said that the land was needed for a new runway parallel to the main 2-20 runway and to prevent noncompatible uses.

The Lahaina Square Shopping Center sale is expected to close in the third quarter. A&B had intended to develop the center but received an unsolicited offer, Benjamin said.

He did not name the buyer, but the $11.3 million sale price is more than the $4.9 million county property tax records show A&B paid in 2010 for the center, which sits on 3 acres on Wainee Street. The center was purchased through a buyer default, he said.

Ace Hardware, Maui Tacos and The Snorkel Store are among the tenants listed on the center’s website.

In other news coming out of the report:

• 30 units were sold in the second quarter at A&B’s affordable housing project Kamalani in Kihei. There are 20 units remaining in phase one, which the company hopes to sell in the second half of the year. Benjamin noted that the profit margins are low for Kamalani, but they provide housing credits for the company.

• A&B expects to sell its remaining 32 units in Keala O Wailea, a partnership with Armstrong Development. The 70 two- and three-bedroom luxury condos are located at the corner of Piilani Highway and Wailea Ike Drive and cost about $64 million to build, A&B has said.

A&B cited costs of converting to a real estate investment trust company and lingering expenses from the shutdown of HC&S as impacting 2017 results.