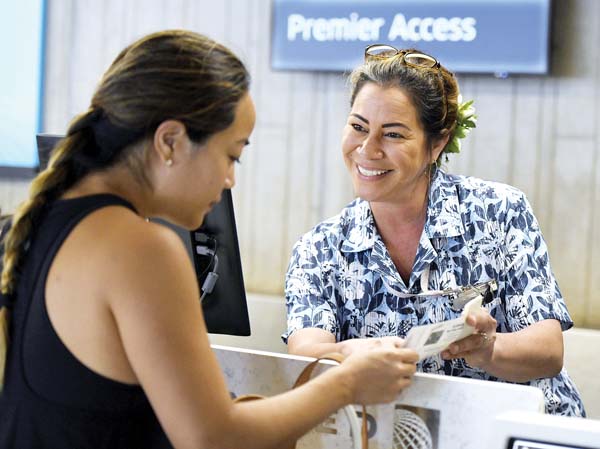 “We anticipate the amount raised in the bond sale will fund the capital needs of the Hawaii Airports System over the next two years,” he added.

Maui is set to receive $25 million in projects from the August bond issue. Two more bond series are scheduled for 2020 and 2021 for additional projects.

The projects through the bond sale are necessary to maintain, preserve and expand air service facilities through the state. 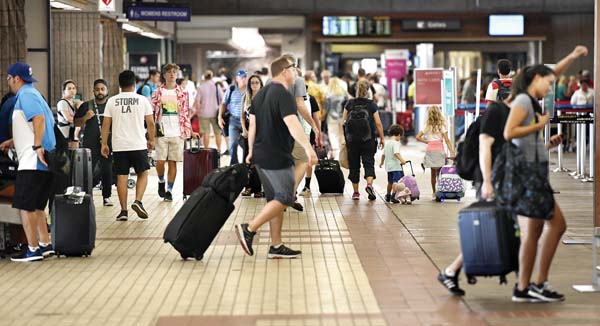 Because the Airports Division is self-sufficient and uses revenues collected from airlines and concessions to pay for both operating expenses and debt service, the division doesn’t rely on the state general fund. Standard & Poor’s recently upgraded the Airports Division’s credit rating from A+ to AA-.

One of the projects set to be funded by bond issues is more lease lots at Kahului Airport. This will create opportunities for aeronautical services, such as fueling, aircraft rental, maintenance and flight instruction, Higashi said.

When completed, the Kahului Airport lease lots would be near the intersection of Airport Access Road and Hana Highway, he added.

The Airports Division had a difficult time relocating tenants during previous runway and extension projects. The lack of lease lot spaces could lead to loss in revenue should tenants elect to move off airport property, Higashi said.

The estimated cost is $64 million and includes additional work to runway apron and taxiways. Work is estimated to start in 2020 with completion in 2022. The project still requires completion of environmental documentation.

Kahului Airport’s gate hold-rooms on the south end of the terminal are undersized because they were designed when the airport only had interisland aircraft that carried 110 passengers, Higashi said.

Now, the airport services larger aircraft with passenger capacities of 180 to 250.

The increased flight capacity sometimes results in passengers waiting in the walkways and other hold-rooms.

The estimated start date for the hold-room improvements is May, with estimated completion in April 2020. The commuter terminal work will take longer because the project requires completion of environmental documentation.

Kahului Airport restrooms at the south end of the terminal are small and congested at times because they also were designed for interisland aircraft crowds, Higashi added.

The restroom expansion is scheduled to begin in October with completion in September 2019. Estimated cost is $8 million.

The airport’s conference room and pass and identification office also will see improvements.

To accommodate the growth of the conference room, the attached pass and ID office will be relocated north of the baggage claim area. More passes will be able to be processed with a new office, officials said.

At the Lanai Airport, improvements include repaving the airport access road and the main parking lot and restroom improvements.

At the Molokai Airport, upgrades include reconstruction of the airport’s runway and taxiway, drainage work, re-striping and repair and replacement of lighting and signage, air rescue and firefighting station improvements and culvert improvements.