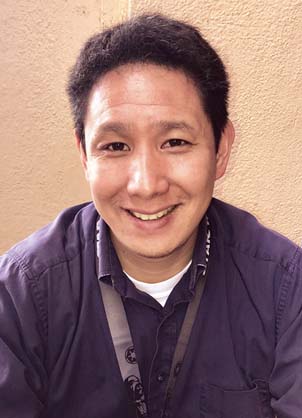 STEPHEN RODRIGUES, On leave during investigation

Baldwin High School band director and teacher Stephen Rodrigues has been placed on leave with pay from his job, as part of an investigation into allegations of sexual misconduct involving students.

Rodrigues has been on department-directed leave since April 6, Lindsay Chambers, communications director for the state Department of Education, said by email.

She said Noel Kuraya, who has been Baldwin band director since school started, is a part-time temporary instructor for band classes this school year.

According to DOE procedures outlined on its website, employees are placed on department-directed leave only “when the safety of students, schools, or workplaces may be at risk, or the employee’s presence during the investigation may negatively impact the integrity of the investigation.”

An example of when employees should be placed on department-directed leave includes “where there are credible allegations of sexual misconduct and/or other acts of harm involving children,” according to the website.

Chambers did not respond to a question about the nature of the investigation involving Rodrigues. But a Department of Education communication refers to allegations that Rodrigues may have engaged in sexual misconduct with a Baldwin student from 2003 to 2005 and that he is involved in inappropriate sexual behavior with a current student.

Under DOE procedures, an employee would be given an opportunity to respond if allegations are substantiated in an investigation. A decision on whether disciplinary action is warranted would follow.

Attempts to reach Rodrigues this week were unsuccessful.

Rodrigues is a 1996 graduate of Baldwin High School.

He has been a trombone player in the Maui Chamber Orchestra, Maui Community Band and Maui Pops Orchestra.