Candidates have history with seat they are seeking 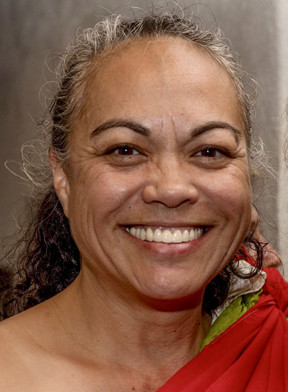 The two candidates vying for the Makawao, Haiku, Paia residency seat on the Maui County Council are no strangers to the office being vacated by council Chairman Mike White, who is retiring.

This year, they find themselves in a battle for the seat in the general election on Nov. 6.

In the primary election on Aug. 11, Molina received 16,385 votes compared to Furtado’s 11,642 votes. The third candidate, Adam Borowiec, who was eliminated in the primary, received 1,012 votes.

Molina, who currently serves as an executive assistant to Mayor Alan Arakawa, said he is venturing back to the council because he “has the passion to serve.” 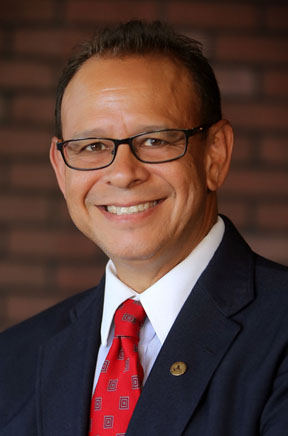 “A lot of folks have asked me to return because of the work I’ve done before,” he added.

The 58-year-old Makawao resident pointed to some of the measures he authored and helped get passed while on the council, including the plastic bag reduction ordinance, the first-time homebuyers fund to help families with a down payment for their first home and the affordable housing fund, where 2 percent of property tax revenues is set aside for affordable housing. Another measure he championed was an outdoor lighting bill that minimized light glare and pollution.

Molina feels that people have been appreciative that he has an open-door policy and will meet with anyone. “I’ve always believed in open and accountable government,” he added. “People like my approachability, they can just come up to me and ask to look into (their) concerns.”

As for what sets him apart from Furtado, Molina points to his experience in both sides of county government.

“Now I know how both branches run. When it comes time for departments to ask for money, I will have a better understanding on how things work,” he added.

Furtado, 47, of Haiku, a legislative and policy analyst for Council Member Alika Atay, said she is running because “nothing’s changed in government.”

“Our budget continues to grow,” she said, pointing to Arakawa’s last submitted budget, which hovered around $820 million, 16 percent higher than the council-approved budget the previous year. The council pared it down to $758 million, but Furtado still believes the budget is large.

“We can be making better use of our money for our people,” she added.

Furtado, with two years under her belt working for a council member, said little changes can be made “that will bring about such positive change overall.”

“That’s why I decided to run again,” she said.

Among the things Furtado said that could be changed is setting a deadline for developers and getting them to use or to transfer affordable housing credits within 10 years. Under her philosophy, one developer needing housing credits could purchase them from another developer.

“Credits can’t keep going on forever. That I believe is one of the major reasons we have this lack of physical units,” she said.

Besides, Furtado said, the island has way too many investment properties used for speculative purposes. This is a reason why residents cannot purchase their own homes.

Furtado is concerned about a lawsuit against the county over the creation of a timeshare property tax category. In the civil case filed in 2013, a 2nd Circuit judge ruled against the county, calling the classification “illegal and void from its inception.”

Now, the county may be on the hook for millions of dollars, though the case currently is being appealed. Furtado is concerned about the damage the suit could cause the taxpayers and believes preparations could have been made for a possible adverse ruling.

She took issue with Molina’s vote in support of a rezoning issue involving the old Makena Resort master plan while on the council. His family owned land near the project.

The Maui County Board of Ethics initially said Molina could not vote on the matter, siding with critics who argued that Molina’s family could benefit from the zoning changes. The panel, however, later reversed its decision.

In response, Molina said an appraiser he had look into the situation found that what was being presented to the Ethics Board in the complaint was not true.

“That issue occurred over 17 years ago during my first term of office,” Molina said. “I cooperated fully with the Ethics Board, responded to their questions and was cleared by them to vote.

“Ms. Furtado’s attempt to bring up my past is a smoke screen to divert the public’s attention away from the real issue, which is the state Campaign Spending Commission’s complaint against her for not responding to charges of filing false campaign spending reports and inappropriate use of campaign funds. As someone seeking public office, she needs to take responsibility and respond to these serious charges.”

The state Campaign Spending Commission last week found probable cause of campaign spending violations in Furtado’s 2016 campaign and assessed a fine of $2,250 and remedial action. Commission Executive Director Kristin Izumi-Nitao said last week the commission did not receive any response from Furtado to its complaints or reports of its administrative fines or orders.

Furtado said Monday that she did not receive any notification from the commission of its actions against her following its meeting last week. But said that she was working with the commission and would issue a response on Monday afternoon.

No response was forwarded to The Maui News by Tuesday.

The candidates offered their views on short-term vacation rentals, agriculture and the tourism industry.

Molina said he has mixed feelings about short-term vacation rentals. They serve a niche market, but he would rather they become long-term rentals to fill the void of rental homes for residents.

Molina supports the proposed Maui County Charter amendment on the general election ballot that calls for higher penalties for those operating transient accommodations without permits.

Furtado said there should be a “very strong message from day one” to crack down on the illegal rentals and assess fines and violations. Cases do not need to be taken to court; enforcement should be swift, she said.

Furtado believes that Maui can diversify its agricultural base not only with food production but by looking at crops that can be grown on Maui to make building materials. Even if Maui does not have the manufacturing plants to refine the material, it could be shipped elsewhere then bought back to the island, she said.

She said growing building material for the island would be a better option than disrupting iwi kupuna or the remains of ancestors found in dunes, where sand is extracted for construction.

As far as growing new farmers, she said perhaps the county and Alexander & Baldwin could work together to help people farm on A&B’s old sugar fields. There could be help given to new farmers by offering low-interest loans for equipment.

Help also is available from the Hawaii Farmers Union United, which has apprenticeship programs, and the U.S. Department of Agriculture, she said.

For Molina, he would like to create a task force of traditional and organic farmers to work on options for diversifying agriculture on Maui. Things the county could do to encourage farming include tax incentives and property tax relief for land used for agriculture and county farming grants.

There also needs to be a shift in thinking with a greater emphasis by residents on buying local produce, he said.

Agriculture lands also could be used for solar farms.

As for vacant old Hawaiian Commercial & Sugar Co. lands, Molina said some acreage could be used to develop affordable rentals, especially on land that once supported plantation camps, and land not conducive for farming.

The old sugar fields need to be planted to prevent runoff and erosion during heavy rains, he said.

Molina said he does “not want to take the legs out of our industry” by reducing support to “get the word out about Maui.” “It’s a very competitive industry,” he said. “It’s our lifeblood.”

Still, he does feel there is a need to educate visitors about the environment and the “do’s and don’ts” of what to do at parks.

“In general, educate our tourists so there is less conflict between residents and tourists, or misunderstandings,” he said.

Furtado said that she welcomes tourists and would like them to experience the island she loves. However, she felt more scrutiny was needed on funds allocated for promotion of the industry. About $4 million was given to the industry for promotion in the current fiscal year.

She wants to be assured that the money is leading to results, such as filling hotels and other accommodations. Some marketing costs could be trimmed, she said.

Furtado also believes more money could be put toward ensuring visitor safety. Videos in the airport baggage claims area would be better than brochures, she said.

Education: University of Hawaii at Manoa, Bachelor of Fine Arts, 2001

Occupation: Executive assistant to the mayor

* EDITOR’S NOTE: This story examining the race for the County Council’s Makawao, Haiku, Paia residency seat is part of The Maui News coverage of key Maui County races in the Nov. 6 general election. The stories will run periodically through Nov. 4. The Maui News election guide will be published Sunday.