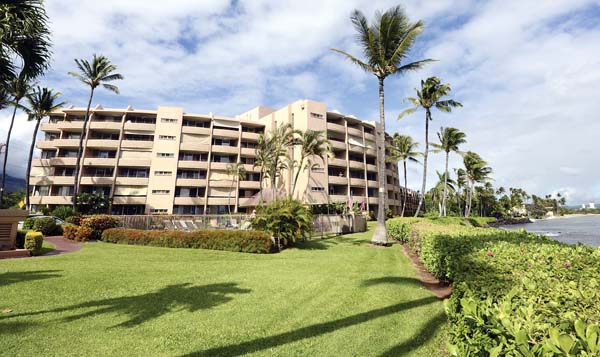 The Maalaea Village Association has begun facilitating discussions among area residents, businesses and governmental entities about the feasibility of a regional wastewater treatment plant to serve the Maalaea community.

Condominiums that line Maalaea Bay have their own wastewater systems, but they are aging and getting difficult to test and maintain. Some condominiums are under enforcement action from the state Department of Health to repair and upgrade their wastewater treatment plants. But cost estimates to do the required work are in the $1 million range for each project, the association said.

The wastewater systems’ injection wells are coming under increased scrutiny. The association points to Maui County losing an appeal against the federal Environmental Protection Agency earlier this year. This was over the county violating the Clean Water Act by pumping treated wastewater into injection wells at the Lahaina Wastewater Reclamation Facility since the early 1980s.

And, there is a new state law that prohibits the Health Department from issuing permits for the construction of sewage wastewater injection wells unless alternative wastewater options are not available, feasible or practical.

So, the association is ramping up efforts to find possible solutions.

A humpback whale breeches off Maalaea last year. The condos near Maalaea Small Boat Harbor are having to look at replacing wastewater treatment systems that were built in the 1970s and employ injection wells. Some of the condos have been cited by the state Health Department for wastewater treatment violations. -- The Maui News / MATTHEW THAYER photo

Association President Bill Hawkins said in an email that the association board is concerned about the future of Maalaea, “especially the goal of restoring health to Maalaea Bay, including the environmental impacts” that wastewater treatment plants may have on the bay.

He added that “the big picture . . . requires a regional view to include elected officials, Maalaea landowners, as well as the state and local governments.”

The association provides a forum for “those willing to do what’s best for the community” and is not taking a position on the matter.

As for the environmental aspects of injection wells, studies have shown an increase of algae and a decrease in coral in Maalaea Bay.

But some scientists have said that injection wells are likely a minor player in the problem. Other sources of pollution and factors play a role, including rain runoff, reef siltation, agricultural fertilizer, overfishing and human interaction.

The Health Department, however, remains concerned about the daily volume of injection well discharge into the ocean in close proximity to Maalaea Bay. The department lists 11 Maalaea properties with injection wells that discharge 86,000 gallons of effluent daily.

On Oct. 5, a Health Department representative was among those invited to a Maalaea town meeting to discuss wastewater treatment.

Peter Cannon, a director at the association, said that the main recommendation from the meeting was that a wastewater feasibility study is needed.

“The study will provide the first details for the sizing, funding, costs and level and type of treatment to be provided,” said Cannon, who is also a director for the association of apartment owners for the Hono Kai Resort condominium in Maalaea.

At least two condominiums and one commercial venture have already committed to help fund the study, Cannon said. Other Maalaea neighbors will be asked to join.

The citations arose from state wastewater treatment plant operation and maintenance inspections in November, she said.

Cannon acknowledged the Hono Kai is working on a corrective action plan.

“With our research and requests for proposals, we are learning and working on plans to upgrade our existing injection wells,” he said.

But, in general, Maalaea condominium complexes are looking ahead and at the bigger picture, noting Maui County’s legal loss in a lawsuit over injection wells, he said.

“Will an injection well system rebuilt today be legal in a few years? Would a regional long-term solution provide a better result for Maalaea Village and for Maalaea Bay?” Cannon asked.

The current wastewater systems were built in the 1970s and have 1970s technology. And operating the older systems requires a great deal of testing and maintenance, he said.

Along with it, the discharge criteria is becoming more and more stringent and difficult for the older systems, he added.

Cannon wondered whether pooling resources and having a regional wastewater plant would be more economical, more efficient and better for Maalaea Bay.

“For me and for our Hono Kai board, it is very clear: We do not want to be in the wastewater treatment business,” he said.

Cannon said condo organizations have reached out to the Hawaii Water Service Co., which already operates a Pukalani wastewater system that is regulated by the state Public Utilities Commission.

There are many types of technology and funding for a possible system, Cannon added. It is “way too early to discuss final choices or costs,” he said.

He added that 13 people at the Oct. 5 meeting signed on to form a wastewater task force. The Village Association will continue to facilitate discussions.

As in the case for Hono Kai and Lauloa deficiencies/violations, Okubo said that some components in the effluent exceeded allowable limits, which led to the citations.

Each of the properties cited was asked to submit a written action plan to address the deficiencies and violations, Okubo explained. With it, the Health Department requested that the plans be submitted within 30 days after receipt of the department’s letter. Along with the plan, a “reasonable time schedule” for implementation of corrective measures was asked to be included.

The Maalaea Banyans submitted its design plans for a replacement wastewater treatment plant, and the department then provided comments, Okubo said. A Health Department follow-up letter was sent on Aug. 28 and, as of Wednesday, the department was still awaiting a response.

Attempts to reach officials from the Lauloa and the Maalaea Banyans were unsuccessful last week.