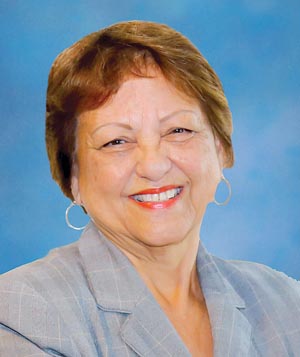 EDITOR’S NOTE: This story examining the race for the County Council’s Molokai residency seat is part of The Maui News’ coverage of key Maui County races in Tuesday’s general election. The stories will run periodically through Sunday. The Maui News election guide was published in Sunday’s newspaper.

The 35-year-old Rawlins-Fernandez hopes to overcome the deficit this time. She said losing by 8 percent “was very encouraging.” In 2016, she filed papers to run two days before the deadline and didn’t have much time to campaign.

Now, with two years of preparation, she hopes her name is recognized and her platform is known. If elected, she would be the only council member with a law degree, which is an asset so the council does not have to rely on corporation counsel all the time, she said. 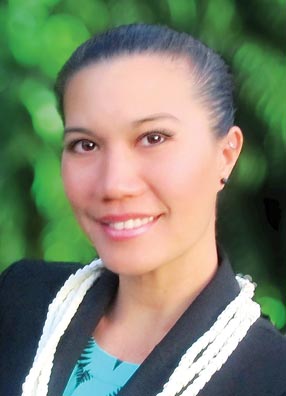 Rawlins-Fernandez, a mother of two young children, wants to serve the community and create a better future for youths.

“I want to be sure, if we want to, all of our children if they want to remain home, they have that choice. They have the choice to live here. Right now, the direction we are going doesn’t look very promising for them,” she said. “We need affordable housing, we need sustainable jobs that are compatible with our lifestyle, and that are going to be good clean jobs that we would be happy to have our children work in.”

She said she will use her education, experience and connections made while at law school at the University of Hawaii at Manoa and working for Oahu state Rep. Jarrett Keohokalole in 2015.

Crivello, 72, said she continues to run because “my bucket list is still full, obviously.”

Crivello said it takes time to examine policy and other issues to make it easier to build affordable housing. And now she is working on solutions, such as amending zoning on government and private lands so affordable homes can be constructed. Another possibility is seeing if government can subsidize off-site infrastructure.

As chairwoman of the council’s Housing, Human Services and Transportation Committee, she said the council is working with the county’s housing department on how best to use affordable housing funds to build units.

Crivello pointed to the county’s relationship with the state’s Hawaii Housing Finance and Development Corp. The two entities are working to preserve affordable rentals at Front Street Apartments. The leaseholder has used a tax loophole to turn the affordable rental units into market-priced units.

They also are working on the development of 200 multifamily rental units at the Keawe Street Apartments at the Villages of Lealii in Lahaina. It could be completed by 2021, according to the state.

Crivello said her years of experience set her apart from her opponent.

Long before she was on the council, Crivello was active in the community and was one of the founders of the East Molokai Watershed Partnership along with the Molokai Land Trust. She also got together community members and activists, along with organizers and participants of the Na Wahine O Ke Kai canoe race, when there were conflicts. Residents worried about marine life being harmed by escort boats as well as other issues.

Various solutions arose from the meetings. There are festivities each year that bring together residents and race participants.

“I really enjoy what I’m doing,” Crivello said of her council job. “You can have all the education, which is wonderful, which is an asset. But to me, your best education, it’s the hard knocks . . . actually doing the work. It’s not just serving on boards and whatever. . . . You got to get out there into the community and get creative.”

Rawlins-Fernandez said growing up in the age of technology, she is more inclined to incorporate it into solutions. She wants video-conferencing ability for people to testify at council meetings.

“Allow people who live far feel like they are still part of the decision-making process,” she said.

The video capability will help the elderly and those who have full-time jobs to take part in council matters.

She also envisions a public access room, similar to one at the state Legislature, where the public can call to get more information about what is happening at the council as well as learn about the county’s processes.

Rawlins-Fernandez said she is a community organizer at heart and is passionate about grassroots work. She will ensure everyone understands the council process and have the opportunity to make their voices heard, she said.

Short-term rentals are a hotly debated topic on Molokai.

“Basically, I sat through all those meetings, I listened to all the testimony. We, the Molokai community, want to protect our way of life. It’s special and we want to make sure we are doing our part to maintain that for our future generations,” she said.

She acknowledged that there was some support for vacation rentals and the 40-permit cap, but countered that most if not all of the 19 permitted short-term rentals on Molokai are owned by nonresidents.

A report by the Hawaii Tourism Authority said Molokai has 750 visitors daily and has visitor accommodations of well more than 1,000 units, Rawlins-Fernandez said. “We have enough available for our daily visitor rates.”

She said residents are concerned that the short-term rentals bring strangers to their neighborhood.

Short-term rentals are unlike bed-and-breakfasts, which Rawlins-Fernandez said she is OK with because the home is owner-occupied and rules are enforced.

She introduced the measure when a resident from east Molokai raised concerns over rentals in the neighborhood.

In proposing the cap, Crivello took into consideration what legal permits already were on the books and other factors, such as ensuring the county would not come under legal scrutiny with the new measure.

She agrees with the Molokai Planning Commission that no new short-term rentals should be in east Molokai because it is more rural. In addition, the Molokai Community Plan calls for no visitor accommodations on the east side, Crivello said.

But she cautions against eliminating short-term rentals on the west side of Molokai. Her reasons include that vacation rentals offer an option to residents who may use the dwellings for family reunions or gatherings and the current permitted rentals are on 2-acre lots and not in tight neighorhoods. The community plan allows for visitor accommodations on the west side, she added.

The two women agree that the economy is the biggest issue on the Friendly Isle.

Rawlins-Fernandez said the community has been working hard to improve its economy, which is focused on agriculture. She said Sustainable Molokai has “taken the lead” by promoting the island’s agriculture and creating revenue for farmers, even the small ones.

The nonprofit created a mobile food hub, which includes a refrigerated truck. It goes to pick up produce from part-time farmers, who may have extra lilikoi, mango or bananas. The truck goes to places to distribute the produce, which is ordered online prior to pickup. The individual farms are listed on the online platform so customers are connected with the businesses.

“It’s so popular,” Rawlins-Fernandez said. “They cannot keep up with the demand.”

Within 30 minutes of opening the online ordering, supplies are sold out, she said. Organizers also are “begging” farmers on Hawaiian homelands to produce more food to keep up with demand.

Rawlins-Fernandez would like more farmers to grow more to supply schools with fresh produce. The Makakuoha Cooperative is also training more farmers, she added.

She supports diversified agriculture with a variety of farms and products over a single-crop, large farming operation. Some of that already is going on.

As for her take on the economy, Crivello noted the loss of 80 to a 100 jobs on Molokai as Mycogen Seeds closed earlier this year.

She asked the question: “What do you do?”

There are some active productive farms, including sweet potato, papaya and dry-land kalo, she said. But “out of that, you don’t have mass production.”

“We have lands available,” but there are barriers to farming, including invasive deer, she said. A farmer can plant 35 acres but cannot afford fencing to keep the deer out.

Crivello lends her support to the Molokai Kuha’o Business Center to help entrepreneurs. She was one of those in the community who founded the center, which has workshops and education for businesses.

As for creating more economic drivers, Crivello asked: “What can we do? What else do we want?” The island needs to look at what assets it has.

“We have venison,” she said with a chuckle. “I think that’s where we have to be creative. How can we have value-added products. We can ranch, we can garden, but we have challenges with shipping.”

The county could partner with a nonprofit organization to have a production facility for businesses.

There are social impacts because of the lack of jobs, she said. This includes families struggling with not being able to pay bills, which leads to domestic issues. Another ramification is families leaving Molokai to find jobs elsewhere; kupuna and the elderly are left behind.

What can government do to help?

“I think we got to help ourselves first,” she said. “Government cannot impose to me what the community wants or needs. There comes a time we can go out and facilitate.

“What is it you want to empower your community to do? From there, we work with all aspects of government.”