Sugimura, Starbuck face off for council seat from Upcountry 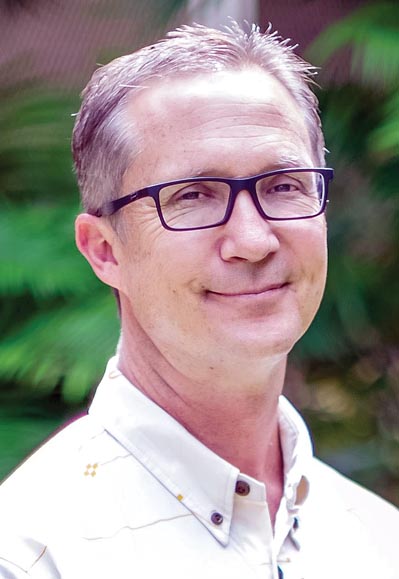 EDITOR’S NOTE: This story examining the race for the County Council’s Upcountry residency seat is part of The Maui News’ coverage of key Maui County races in the Nov. 6 general election. The stories will run periodically through Nov. 4. The Maui News election guide was published Sunday.

In what has been a civil and issue-laden race, both incumbent and challenger find themselves sharing many priorities for the district they call home.

Every election season, Hannibal Starbuck has passed by lei-adorned sign-waving candidates on his morning commute. He never thought he’d be one of them — until earlier this year, when he announced his candidacy for the Upcountry residency seat. 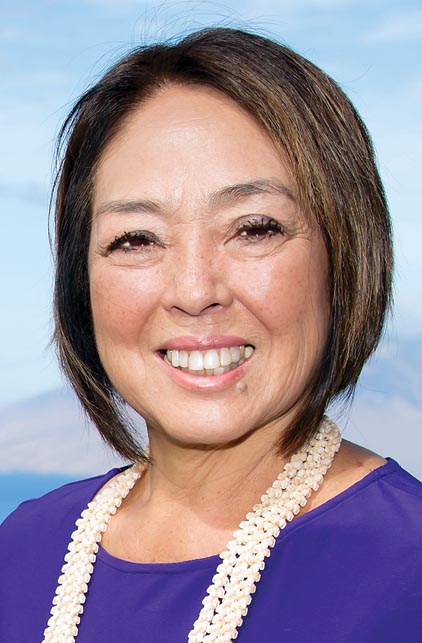 Starbuck, 47, said he began mulling over the idea of entering the political arena a few years ago after realizing his generation was sorely underrepresented in local government.

He says he is acutely aware of the headwinds facing his fellow Generation Xers (those born between the mid-1960s and the early 1980s), which include debilitating debt, retirement readiness, struggling to buy a home and raising a family in a time of economic uncertainty.

“Making it on Maui has been difficult for my generation,” he said.

Starbuck characterizes Generation Xers as pragmatic and hardworking — qualities he says he’d bring to the council if elected.

But for Starbuck, the clincher — the reason why he decided to go “all in” and run for office — was a question mark that continues to hover over his head: the eventual fate of thousands of acres of old sugar cane fields.

“It was the driving factor,” he said. “I wanted to be a part of that conversation. Running for office felt like the right thing to do.”

It’s Starbuck’s first foray into politics, but he cut his political teeth last year when he became a member of the Maui County Commission on Children and Youth; he currently serves as its chairman.

Starbuck was born in a tiny town in north-central Washington state and moved to Maui shortly before his first birthday. The Baldwin High School alumnus went on to earn a bachelor’s degree in physics and post-baccalaureate certificate in secondary education from UH-Manoa and a master’s in geoscience from Mississippi State University; he’s taught physical and earth science at his high school alma mater since 2006. If he’s the top vote-getter on Nov. 6, he says leaving the classroom — and his students — will be bittersweet. But it would also be a teachable moment.

“I want my students to see that if you’re feeling passionate about something, you should go after it,” he said. “I want to lead by example.”

Starbuck says being a first-time candidate has been an intensely rewarding experience, and he’s encountered civility right from the start.

“I’ve felt welcomed from the very beginning,” he said. “Everyone has been supportive: my family, my colleagues, the people I’ve met campaigning and the other candidates.”

You’re guaranteed to get Starbuck’s attention if you mention the word “farming” — it’s one of his top campaign issues. He’s not a farmer, but says he has a deep appreciation for Maui County’s agricultural community, and out on the campaign trail, he’s taken note of the concerns of both longtime and up-and-coming farmers.

As a council member, Starbuck said he would work to create more opportunities for residents to start agricultural ventures, particularly organic farms. In fact, he’d like to see more land set aside for organic farmers — land chosen by the farmers themselves — with infrastructure provided by the county. There is a viable market for locally grown organic products, he said, and given the precarious nature of food security in Hawaii, the county should seize the opportunity.

As for the former sugar cane fields, Starbuck says the community should determine how the land should be used, but he would push for any land designated for agriculture to stay that way and be used for local farming or possibly even repurposed as solar farms in suitable areas. Starbuck recognizes the dire need for more workforce housing, and where appropriate, he said the land could be used for affordable housing projects.

“I don’t want to see multimillion-dollar homes built on that land . . . or any commercial development,” he said, noting the growing glut of vacant commercial spaces on Maui.

He’d also like the county to “get serious” about Maui’s major transit corridors: continuing the Lahaina bypass to the north and south; extending Kihei’s north-south collector road; and tackling the Paia Relief Route (formerly known as the Paia bypass). He’d like to see the new relief route begin at Malo Road, continue through Sunnyside, the old Paia Mill area and Lower Hamakua Road and exit near Maliko Gulch, noting that the proposed route is largely supported by the community and the bulk of it has been identified as county-owned. Prioritizing these projects is a must, he said, “because waiting in traffic lowers our quality of life.”

He may be a political novice, but Starbuck says he’s also a quick study, and he’s brought himself up to speed on the major issues over the past few months. If elected, he said his constituents can expect him to be a council member who listens and takes different points of view into consideration. Because, Starbuck said, “everyone deserves representation.”

Looking back on it now, Yuki Lei Sugimura says the signs were always there.

In high school, she was elected class president and was head cheerleader. She went on to coordinate a number of community programs, events and youth clinics on Maui. And she was chosen to serve as the Maui field representative for the late U.S. Sen. Daniel Akaka and U.S. Sen. Mazie Hirono. Somewhere along the way, she said, it became clear she had a knack for understanding and responding to the needs of the community.

So, it seemed only natural to toss her hat in the ring for the Upcountry residency seat two years ago. And when she won the race, Sugimura says it was as if the stars had aligned.

“It was my life’s journey — and now it’s my life’s mission,” she said.

Now eyeing a second term as council member, Sugimura, 65, says she hopes to continue the good work she’s done for the residents of Maui County over the past two years. Of her most recent legislative accomplishments, Sugimura, who chairs the council’s Policy, Economic Development and Agriculture Committee, says introducing and passing legislation banning smoking in vehicles with passengers under the age of 18; helping facilitate the streamlining of single-event liquor permits for nonprofit organizations; and working to secure funding for the Upcountry skate park are among her proudest victories.

The overarching theme, Sugimura says, is community. “I feel very lucky to be in a position where I can build trust through community engagement,” she said.

Long before she set her sights on elected office, Sugimura learned the fundamentals of community engagement from Sen. Daniel Inouye during her nearly two-decade-long tenure as the coordinator of Maui’s Ready to Learn program, the brainchild of the late senator (whom Sugimura lists as one of her political role models). And later, as the architect of the monthly Wailuku First Friday event — which paved the way for four other regional town parties — she saw firsthand what creating a stronger sense of community can do.

That’s why Sugimura maintains a near-constant presence outside of the Council Chambers. Among other things, she’s sign-waved alongside members of the Maui Nui Youth Council and Maui County Coalition for a Tobacco-Free Hawaii; talked to King Kekauike High School students about civic engagement; and met with the teenage coordinators of Maui’s “March for Our Lives” rally last spring and subsequently authored a resolution titled “Urging The United States Congress to Support the Gun Control Policies Promoted by March for Our Lives” (the resolution was sent to the White House and both houses of Congress).

“I want to give a voice to people whose voices may not otherwise be heard,” she explained.

And on the second Saturday of every month, Sugimura sets up a table at the Upcountry Farmers Market in Pukalani, where she chats with constituents and listens to their concerns. If it’s something she can’t help them with, she said, “I’ll direct them to someone who can.” And no matter the issue, she encourages residents to reach out.

“Talking to an elected official can be intimidating to some people . . . but we are there for you,” she said.

Sugimura said she will continue her efforts to increase the supply of affordable homes for working families, noting she has a track record of supporting qualified affordable housing projects.

“The council has to be a part of the solution,” she said. At the same time, she will remain an ardent proponent of maintaining the rural character of her district.

“We need to keep Upcountry Upcountry,” she said.

Additionally, Sugimura said she will continue to push for funds for projects that directly benefit Maui County residents, like painting sidewalks and restriping the parking lot at Pukalani Elementary School.

As for paring down the Upcountry water meter list, Sugimura said: “It’s a storage and transmission problem . . . and we are exploring ways we can fix it.”

“It could be another tool in the toolbox,” she said. And it’s a tool that could potentially remedy other issues, too, including the development of more workforce housing and the repair of areas affected by coastal erosion.

Noting the sluggish pace of the updates to Maui’s regional plans, Sugimura said she’d like to revisit the community plan process and look at ways to move things along more quickly — and make it as wrinkle-free as possible for all participating parties.

Sugimura is proud of what she’s accomplished during her first term in office, and if she’s re-elected on Nov. 6, says she will keep the momentum going.

“I’ve been passionate about helping people my entire life, but in this role, I get to help them in a bigger, deeper way — through policy,” she said. “I am very grateful to have the opportunity to do that.”