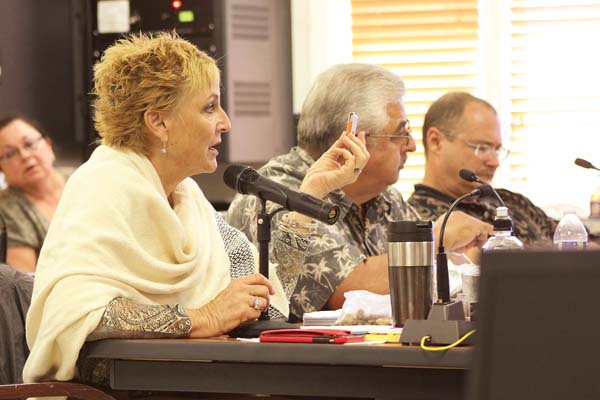 WAILUKU — The Maui Planning Commission voted once more to deny a hearing officer’s report and special use permit for the Paia Inn, a decision that Paia Inn attorney Terry Revere said was expected to be appealed in circuit court.

Commissioners voted 5-0 Tuesday against the permit, citing community opposition and concerns that the Paia Inn would have negative impacts on residents and facilities.

“When people are willing to show up multiple times and take money out of their family to be here and to go against something, to me it’s a red flag that there’s social discontent for that project in that area,” commissioner Christian Tackett said.

After the meeting, Revere said that “the commission didn’t even have jurisdiction to do anything today” because it’s taken so long to decide.

“What really happened is just a group of people sitting around and talking without authority, so we will simply proceed with the appeal,” Revere said. 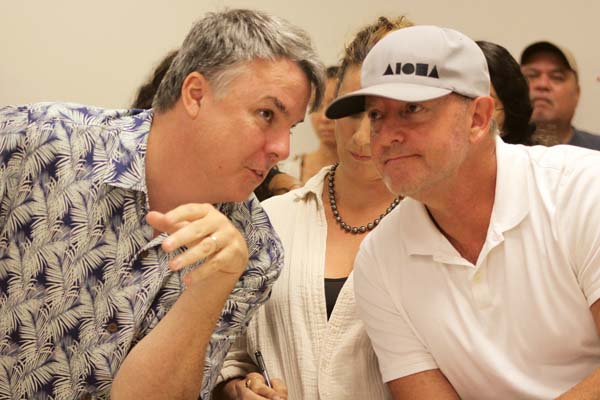 Last week, Revere also filed a motion to disqualify commissioner Lawrence Carnicelli, saying that he was “biased, insulting and unfair from the beginning, violated Sunshine laws and considered matters outside of the record.” Carnicelli chaired the commission’s meeting on Nov. 27 and opposed the permit for Paia Inn.

“I want to say that in any decision that I made for this commission, it was only based on the evidence that was here and provided to us,” Carnicelli said Tuesday. “However, even though I disagree (with the motion) and I find it just not to be truthful, I am to preserve this process. . . . To avoid any seemingly improprieties and out of an abundance of caution, I am going to recuse myself.”

Paia Inn owner Michael Baskin has been seeking a special use permit to operate the Paia Inn as a nine-bedroom transient vacation rental. The Paia Inn has five guest rooms, and Baskin wanted to convert four offices into rooms.

The planning commission originally denied Baskin a permit in December 2016 because of his previous run-ins with the county, which fined him $500,000 for multiple violations at the Paia Inn.

However, the commission did not agree with the report and voted 5-1 on Sept. 25 to reject it. Carnicelli then made the surprising motion to rescind the decision to give commissioners more time to review the evidence. On Nov. 27, the commission deferred the issue.

Before voting on Tuesday, the commission went into executive session for about 20 minutes. Back in open session, Deputy Planning Director Joseph Alueta reminded the commission to judge the Paia Inn based on its own merits, pointing to the story of a past project that was also denied.

When the rejected applicant asked, “What about the aloha spirit?” a staff planner responded that aloha spirit was not a criteria.

“On the flipside, being an ass—- is also not a criteria,” Alueta said. “You need to separate an application from the applicant.”

Commissioners justified their decision by arguing that the Paia Inn did not meet three of the criteria for a special use permit — that the project “not adversely affect or interfere” with schools, parks, water and sewage systems, roadways and other public infrastructure; that the project “not adversely impact the social, cultural, economic environmental and ecological character and quality of the area”; and that “the public shall be protected from the deleterious effects of the proposed use.”

“I think the only way these concerns would be mitigated is not to allow that many occupants in the building because it will tax the infrastructure,” commissioner P. Denise La Costa said.

Both Tackett and commissioner Stephen Castro said that McConnell had not included enough input from opponents of the project and only spoke to witnesses who favored it.

Revere disputed concerns that converting four offices to rooms would strain the sewer system and said that “what is stunning is the commission explicitly stated that they made their decision based on what they saw on TV and on the basis of crowd size versus the evidence in the record.”

He said that because the county “dragged this process on for three years,” he considered the Paia Inn’s application “automatically approved due to the passage of time.”

Baskin said that his guests “respect the town” and support the local economy.

“That’s why we have over 50 letters of support from the neighbors,” he said. “We are against hotel resort development. We don’t want to see a large resort in the cane fields. But we are in favor of supporting the local ordinances that have been approved by our County Council, which includes the one that allows up to 12 rooms in the business country town district.”

Letters of support include the Paia Youth & Cultural Center, Mana Foods and Paia Market Square. At least half of the letters are pre-written templates signed by residents, including a couple of Paia Inn employees.

Baskin also took issue with two of his main opponents, Francine “Mopsy” Aarona and Martin Brass. He has said that Aarona favors competing short-term rentals in Paia and that Brass, a 25 percent owner of neighboring Flatbread Co., has done more than $1 million worth of work at the restaurant without permits and created an illegal fire exit through Baskin’s property to Ae Lane.

Brass said that Baskin has made the same claims for years against him and his partner Josh Stone. Brass said they’ve cooperated with the county over such issues as relocating an air vent and applying for an after-the-fact permit on a roof overhang.

“Mr. Baskin should focus on the facts at hand and stop his continuing spread of falsehoods,” Brass said. “As convenient as his allegation is that I am behind all this, he does not give credit to the many good people of Paia who think for themselves and understand what he is doing.”

Both he and Aarona consider the Paia Inn a hotel because of the volume of guests it receives. Aarona, whose home is located behind Paia Inn and near some of Baskin’s other properties, said she was happy with the decision Tuesday. She said that Baskin has painted a rosy picture of his business but that the reality is that he has harassed and threatened legal action against his opponents and “has made life miserable.”

“He said we’re all against him,” Aarona said. “That’s because he’s the only one doing this to everybody. He can’t figure that out.”

“We have processed and handled complaints in accordance with the county code and our administrative rules, and are not involved in any of the personal issues he describes,” McLean said.

She added that issues between Flatbread and the Paia Inn “were resolved years ago.”

“This goes back many years and involved cross-complaints with Paia Inn and Flatbread accusing each other of a variety of violations,” McLean said. “Investigations were conducted on all complaints, and I believe that notices of warning were issued to both parties. I believe Flatbread obtained after-the-fact permits, meaning that they did work that needed permits without getting permits first.”

In response to Revere’s comments that Baskin’s permit was automatically approved, Planning Department attorney Tom Kolbe said that “this matter is in active litigation, and the county will fully brief all issues that Seashore Properties raises in its circuit court appeal. I don’t have any further comments to add at this time.”

As part of an earlier settlement with Baskin, the county had to agree not to take a position on Baskin’s permit.

Destiny Slocum is averaging 15.0 points and 6.4 assists for the Oregon State University women’s basketball team this season. The No. 8 Beavers will take on Eastern Washington on Friday and Texas A&M on Saturday at Lahaina Civic Center in the Maui Jim Maui Classic. OREGON STATE UNIVERSITY ATHLETICS photos

Oregon State senior guard Katie McWilliams has been to the Valley Isle for all three editions of the Maui Classic.

Kamehameha Maui seniors Kaylee-Marie Zimmerman and Ikaika Mendez accept a prize ukulele from Mele Ukulele after their group earned first place in the ‘Opio Division and as overall winner.

Students from Kamehameha Schools Maui sing “Ka‘ena” while competing in the ‘Opio Division in the 45th annual Na Mele O Maui, presented by Ka‘anapali Beach Resort Association on Tuesday in the Maui Arts & Cultural Center’s Castle Theater. As the only school in the high school division, Kamehameha Maui was assured of first place, but its performance was so powerful and well sung, the school was named the competition’s overall winner. The teachers for the Kamehameha Maui group were Dale Nitta and Kalei ‘A‘arona. The Maui News / MATTHEW THAYER photos