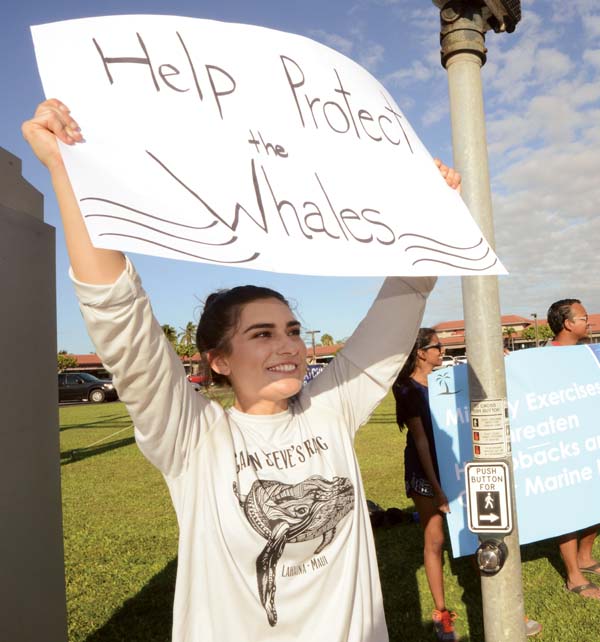 Arcadia University student Taylor Tremain takes part Tuesday afternoon in a protest against upcoming U.S. Naval Special Warfare Command exercises in Hawaii waters. The sign waving event featured interns and staff from the Ocean Mammal Institute. “We hope to raise awareness about the decrease in the humpback population,” said Institute Research Coordinator Dinna Pich. Noting the Hawaiian humpback whale population has decreased an estimated 40 to 80 percent in the past four years, Pich said Navy sonar testing should be moved or stopped during breeding and calving season. He said a ban on the sonar testing ended in 2018. “We want to lessen the impact,” he said.