Corporation Counsel choice second to go down in panel 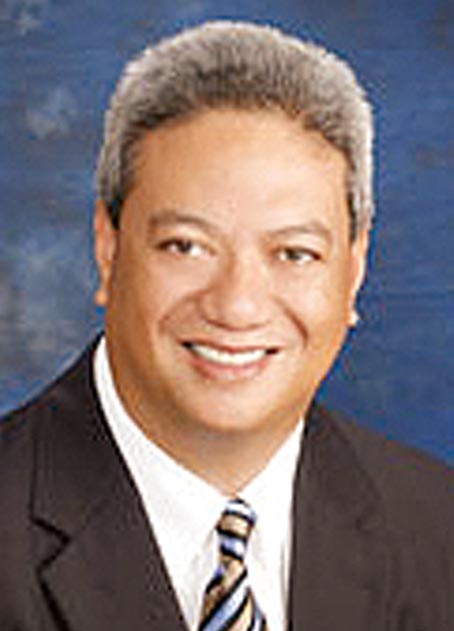 A Maui County Council committee voted against Patrick Wong for Corporation Counsel in a tight 5-4 vote on Tuesday evening.

The decision by the Governance, Ethics and Transparency Committee wrapped up three days of testimony and deliberations that started on Jan. 23, recessed until Wednesday and concluded on Tuesday for the first set of seven of the 11 nominees. Earlier in the day, the committee also recommended Planning Director Michele McLean by a 5-4 vote.

Only two more nominees are up for review — Housing and Human Concerns Director William Spence and Public Works Director David Goode. Molina, the committee chairman, recessed that meeting that considered the set of four other nominees until 9 a.m. Thursday.

The committee has given favorable recommendations to all of the nominees so far except Wong and John D. Kim as Prosecutor.

Council members said Tuesday that while Wong had support from his deputies, others in the community felt that he had stifled legislation and reacted aggressively toward opponents.

“Your Corp Counsel team testified in strong support of you as a manager that had an open door policy,” said Rawlins-Fernandez, vice chairwoman of the committee. “And they’re here again tonight, and from what I understand from them, it would be amazing to have you as a co-counsel and a mentor. But that is one group’s experience.”

For three hours, the committee grilled Wong on everything from cases involving the county to the department’s policy during conflicts of interest. Members asked Wong how he would handle a dispute between the mayor and the council, pointing to the example of former Water Supply Director Dave Taylor, whom Arakawa wanted to dismiss but the council wanted to keep in place. Wong acknowledged that “conflicts of interest happen all the time.”

“There are times when issues arise, and we need to make adjustments internally,” Wong said. “The process set up is I would supervise a deputy that represents one viewpoint, and (First Deputy) Ed (Kushi) would supervise a deputy representing the opposing viewpoint. Internally, there’s a screening and shielding of that information so that there’s no overlap, and there’s no co-mingling of that information.”

Wong said that if the council and administration were at odds, “I don’t believe I would be choosing one way or the other.” He said deputies would be assigned and supervised by him and Kushi, and that the council also would have the option to be represented by Office of Council Services attorneys.

Sinenci asked about the genetically modified organism moratorium, which passed through a voter initiative in 2014.

Wong said that after the measure passed, the departments were looking into ways to enforce it. However, Wong said it conflicted with federal and state law, as well as the County Charter, because it would impose penalties that were above the $1,000 limit allowed by the charter. Wong said he told the council and administration to wait and see how the litigation would play out in the federal court.

In June 2015, a federal judge struck down the moratorium, saying it was “invalid and unenforceable.” In November 2016, a three-judge panel of the 9th Circuit Court of Appeals upheld the ruling.

“I think the decisions made back then were based on a wait-and-see approach, but I think it was a correct decision,” Wong said. “Because the moratorium was, personally I may have my own beliefs about it, but from a legal standpoint, I believe it was the correct decision. Unfortunately for most that’s a point of contention and will continue to be so.”

Sinenci also asked about the status of the injection wells case. Last February, Maui County lost its appeal of a ruling that the county’s use of injection wells at the Lahaina Wastewater Reclamation Facility violates the federal Clean Water Act. The 9th U.S. Circuit Court of Appeals upheld the 2014 ruling by the Hawaii District Court.

Wong said the case is currently pending a U.S. Supreme Court’s committee review on Feb. 15. But, Paltin asked, if the county is already looking for alternative ways to dispose the wastewater, why would it continue the lengthy and costly process of appeals?

“It’s very simple. We don’t have a permit,” Wong said. “It hasn’t been issued. Absent the permit, there’s no place for the water to go. It must still go down the injection wells. And until the Department of Health decides to issue its permit, we’re in violation. Hence the litigation continues. One or the other has to give.”

Wong said he thinks the reason the department has not issued a permit yet is because “they don’t have a mechanism to deal with this issue.”

Council members also questioned Wong’s dealings with some community members and county workers. Rawlins-Fernandez pointed to one testifier’s complaint that Wong swore at her and tried to intimidate her during a meeting.

“I do know that I have been defensive and aggressive when my personal integrity is challenged,” Wong said. “And when someone comes at me and is hostile towards me, I think I have every right to defend myself and my integrity. In that specific circumstance, I was being accused of being on the take and in the back pocket of the developer. I take serious affront to that.”

Wong said another “occasion where I disagreed with an individual” was when the person accused a deputy of ethical violations “incorrectly and improperly.”

Council members who supported Wong said they thought he had the county’s best interests at heart.

Lee said she didn’t know Wong as well, but she knew his deputies.

“My decision is kind of based on what they had to say about you, because I have a high regard for them,” Lee said. “I vote aye for you, and I will support you as our Corporation Counsel, because I really believe that you have our county at heart, and that you will be a fighter for all of us.”

“I have a lot of issues with the perception of the office as well, and I think that’s a huge component of the decision we’re making tonight,” said King, the council chairwoman. “Because there’s not a lot of general faith in the public in this office, and that needs to be restored.”

Sinenci said he faced a dilemma after listening to Wong’s comments as well as the testimony and emails he’d gotten from his constituents who felt they didn’t have a voice.