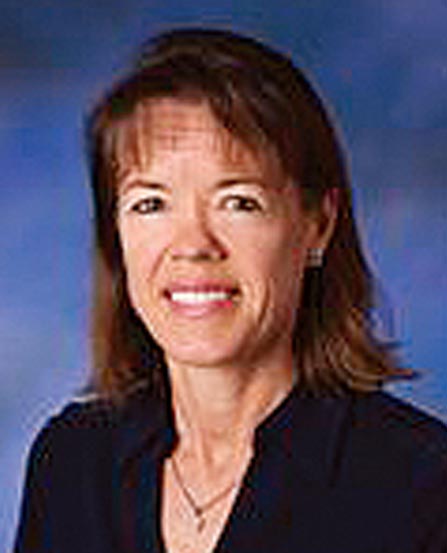 WAILUKU – The County Council’s Governance, Ethics and Transparency Committee recommended approval of Michele McLean as planning director Tuesday amid claims by some members that confirmation proceedings are “prescripted and predetermined.”

As McLean’s vote was to be taken, Lee said that if McLean were confirmed she would be satisfied “that I don’t think that the proceedings are prescripted and predetermined.”

Lee was referring to discussions over allegations that former Council Member Elle Cochran personally contacted four of Victorino’s appointees, including McLean, and told them that they did not have the votes to be confirmed.

“I can’t help but feel that a lot of what is discussed today is prescripted,” Lee said, adding that she felt the same at confirmation hearings for other nominees, which began last month.

“If Miss McLean is confirmed today, I would be wrong. I would be happy wrong,” Lee added.

“I really wanted to approve her,” said Rawlins-Fernandez, but after listening to McLean’s responses Tuesday the council member said she wasn’t comfortable with an approval.

“This is not scripted,” she said.

The issue over Cochran’s personal contact with McLean arose early in the meeting when Paltin asked McLean if she sent out any emails to solicit support for her appointment.

McLean said she did, but later added that she sent the emails after Cochran visited the planning office on Jan. 9. During the meeting, Cochran said she spoke to council Chairwoman King and learned that McLean did not have the five votes of support. And Cochran, as a former county worker, said she thought McLean would appreciate the heads up.

At a meeting with senior planning staff, McLean said she told them about Cochran’s visit. Those staffers felt that she needed to reach out to get support. McLean also informed Victorino about the meeting with Cochran.

“It’s not something I would have done if not for the contact I had,” McLean said. She also sent email to some members of the public asking for support.

In a response to a question from Paltin, McLean said there would be no ramifications if staffers chose not to testify or opposed her confirmation.What workers decided to do was “entirely their prerogative,” she said.

King also took offense with McLean for not consulting her after learning of Cochran’s remarks. McLean chose to believe the rumors “instead of clearing it up,” and it “really disturbs me,” King said.

The council chairwoman referred to a text that Cochran sent to Hokama, who was questioning director nominees at confirmation reviews about being contacted by the former council member. King read from the text at Tuesday’s meeting, which she provided to The Maui News.

“I told each one that Word on the street is they may not have enough votes to get confirmed. Because it is the scuttlebutt,” the text said.

Cochran said that her intent was to “give heads up, I shared with All if I were in their shoes I would want to know in order to better strategize next steps. Like choose to stand up point out merits of why ought to be director or resign, walk away n pursue other avenues.”

The former council member, who was defeated in a bid for mayor in November, added that she did it with “good intentions.”

Cochran could not be reached for comment on Monday and Tuesday.

The Maui News attempted to contact King by email cellphone and through her office to confirm from the council chairwoman if a conversation did or did not occur between Cochran and King regarding votes for appointees.

King’s office said Tuesday that she would not comment on the matter while confirmation proceedings were ongoing.

Cochran’s interactions with Victorino’s nominees came up during Pat Wong’s confirmation hearing for Corporation Counsel, which followed the vote on McLean.

Wong confirmed being contacted by Cochran about his lacking the votes to be confirmed. After hearing from Cochran, he coincidentally found himself sitting next to King on an interisland flight and told her about what he heard.

“She assured the process was going to be fair,” Wong said of his conversation with King.

Wong failed to get the recommendation for approval from the committee in a 5-4 vote.

McLean answered assorted questions pertaining to her views on planning. Rawlins-Fernandez asked about community plans and whether they have the “force and effect of law.”

This becomes an issue when the zoning does not conform with the community plan. McLean explained that the nonconformity can generate problems, for example, if a parcel is zoned single family but the community plan designates it as business. What should happen if a homeowner wants to add an extension? she asked.

McLean acknowledged that those issues need to be addressed. “Let’s really talk about that,” she said, noting that people tend to go “to their corner” so nothing gets done about the problem.

McLean and King, who was council planning committee chairwoman in the last term, got into a heated back and forth over the Planning Department’s role in the Molokai Community Plan update, which was approved by the last council in December.

King said that the Planning Department “every step of the way . . . is in there making changes. . . . This seems to be an ongoing issue.”

McLean took issue with King’s assessment, saying that the department may make proposals during various stages of the plan and act as facilitators but those who are reviewing the plan, including the council, planning commission or community plan advisory committee, are the ones who make the final determination.

“We do not. We do not,” McLean said adamantly. “Please let’s make that clear.”

McLean said planning staff knows how that process with Molokai went and are doing everything they can so it doesn’t happen again.

Other complaints King had of McLean included the Planning Department not fulfilling all of its duties on council bills involving a sign ordinance and sand mining.

Sugimura raised the issue of the county’s settlement with Northshore Zipline over whether the business had proper permits. Neighbors noted problems with noise and privacy with the zip line operation on agricultural land near Giggle Hill in Haiku.

A handful of Haiku residents showed up to testify last month during McLean’s public hearing, upset with the settlement. The residents did not advocate denial of McLean’s appointment but asked the council to hold off on the appointment until they could get information about the settlement.

McLean explained what she could in open session about the legal settlement.

She said she was “concerned about the county’s position” because the Board of Variances and Appeals, Maui Planning Commission and Planning Department were all handling various legal issues regarding the zip line.

There was sufficient concern about the litigation to enter into the agreement with the zip line owners, which apparently included an undisclosed fine.

“I do regret not meeting with the neighbors before entering into that agreement,” she said. “They were surprised and that was not fair to them.”

McLean’s nomination now goes to the full council for a final vote.

FILE – This Oct. 29, 2013 file photo shows people at Lanikai Beach, a popular neighborhood for vacation rentals, in Kailua, Hawaii. Hawaii says a judge should compel Airbnb to hand over 10 years of receipts and other documents from its hosts because the home-sharing platform has acknowledged that hosts aren’t fully complying with state tax laws. A hearing is scheduled for Thursday, Feb. 8, 2019. (AP Photo/Audrey McAvoy, File)

The lease for this site was secured in 2017 and veterans have yet to see plans for design or construction. The Maui News / KEHAULANI CERIZO photo

An overgrown Kahului field, owned by the state Department of Education and bordered by Maui High School, its school baseball field and Papa Avenue, is the future site of a $9.9 million, one-stop facility for Veteran Affairs services. The Maui News / KEHAULANI CERIZO photo