Still, local veterans have waited for more than a decade 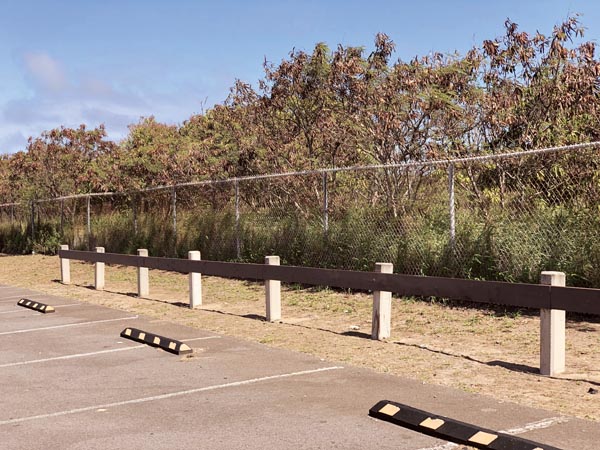 An overgrown Kahului field, owned by the state Department of Education and bordered by Maui High School, its school baseball field and Papa Avenue, is the future site of a $9.9 million, one-stop facility for Veteran Affairs services. The Maui News / KEHAULANI CERIZO photo

Officials say a long-awaited one-stop Veterans Affairs facility in Kahului is progressing, with land agreements expected to be completed this year.

“In partnership with the State of Hawaii and the Department of Education, work is progressing to make available the required land for the project,” Craig Oswald, VA Pacific Islands Health Care System facility planner, said last week. “The land-acquisition actions are expected to be concluded during 2019. The estimated project schedule will then involve design and construction over a 24-month time frame.”

State Office of Veterans Services Director Ron Han said the state Department of Education, Maui High School and VA Pacific Islands have shared interest in the project, which will serve veterans while providing training and educational options for students.

“A draft memorandum of agreement has been reached and has undergone several reviews to incorporate the roles and responsibilities that will guide” VA Pacific Islands and the DOE, said Han. “Both parties will work in a mutually beneficial manner to advance an educational and academic program with the purpose of providing voluntary internships and training primarily in health care disciplines to students at Maui High School.” 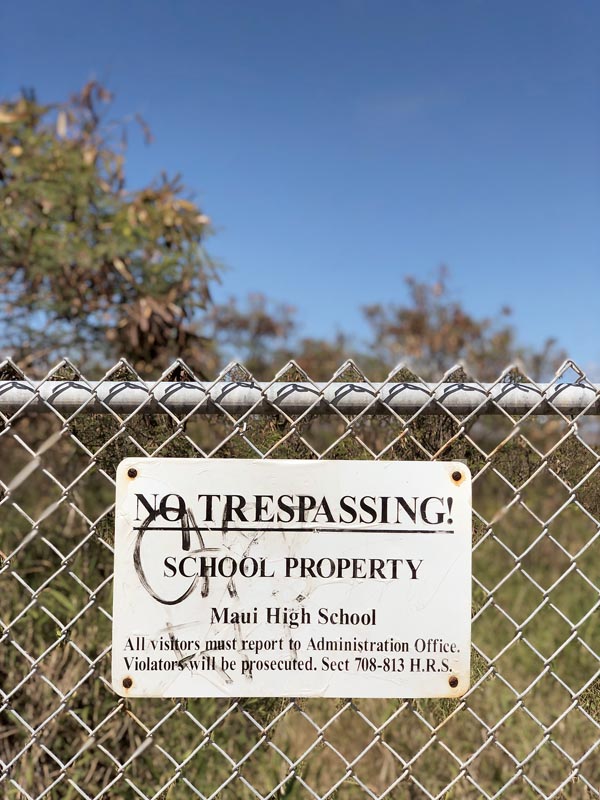 The lease for this site was secured in 2017 and veterans have yet to see plans for design or construction. The Maui News / KEHAULANI CERIZO photo

In 2017, U.S. Sen. Mazie Hirono announced that the U.S. Department of Veterans Affairs approved the lease, touted as a unique partnership between VA and the state Department of Education. VA officials then anticipated work would begin in 2018 and the clinic could open in 2019.

Lloyd Sodetani of Wailuku, a veteran and former chairman of the state Office of Veterans Services who helped initiate the project more than a decade ago, said the facility already has taken too long.

“I haven’t seen or heard anything yet,” Sodetani said Tuesday. “It’s really frustrating. I know that a lot of my veteran friends were complaining about it, too. They’re looking to me, and I’m like, ‘Look, I don’t have the kind of authority and influence when (Sen. Daniel) Akaka and (Sen. Daniel) Inouye were alive.’

“Therein lies the problem. We don’t have the kind of leaders we used to have, the kind that could make things happen.”

Hirono, who was key in securing the land lease, said last week that she has been receiving monthly updates since 2017 about the status of the project and she will continue to work with Maui veterans to ensure needs are met.

“Over the past two years, I’ve requested — and my office has been receiving — monthly updates about the status of this project,” she said via email. “The VA has received, and accepted, a land donation at the preferred site requested by the veterans from the state of Hawaii.

“I have been and will continue to closely work with the Maui veterans community” on the project, she said, “as well as other VA construction projects in the state, to ensure veterans throughout Hawaii are receiving the highest quality care possible.”

The future site of the project, an overgrown, fenced area, sits along West Papa Avenue, next to the school baseball field. This site was chosen by veterans for its central location and easy access via public transportation, Sodetani said. Also, other proposed sites were sitting in tsunami inundation zones, while this one is not, he added.

“Everyone is happy with the location,” said Sodetani. “This is the perfect place — it’s less than 2 miles to the hospital and centrally located.”

A 2017 plan for the building called for 13,000 to 15,000 square feet, with ample parking. Veterans also had sought space for a 60- to 90-bed long-term care facility there, but the state veterans office said last week that this piece is yet to be determined.

The project will consolidate the island’s three VA service locations: the Maui Veterans Center in Maui Lani, which serves as a counseling center; the state Office of Veterans Services in Kahului, which assists veterans with applications for medical benefits; and the VA’s Maui Community-Based Outpatient Clinic in Kahului, which provides general health care.

Maui veterans have fought for years to combine care and services in a single location to reduce confusion, travel and overcrowding.

“The VA side is really doing their job,” Sodetani said. “I have no idea why it is taking so long. I will be dead by the time this happens.”