Another round of Crisis Intervention Team training completed 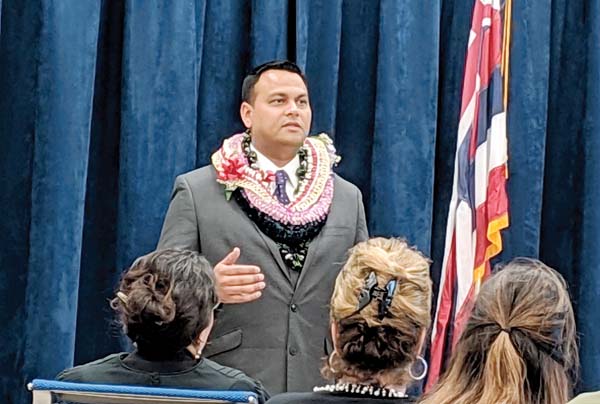 KIHEI — More people with mental health issues are showing up in the courts and in the community, increasing the need for police officers and others to be trained to approach mentally ill people in crisis, officials say.

“It’s extremely important for us to have access for these officers to get trained so the consumers receive the best service possible,” said Dr. Dara Rampersad, who led a weeklong Crisis Intervention Team training that concluded with a graduation ceremony Friday at the Kihei Police Station.

Over the past year, he said, increases in methamphetamine and opioid abuse have been reported at Maui Memorial Medical Center, along with reports of more homeless people with mental health issues in the community.

“Meth has spiked back up in this last year,” Rampersad said, citing reports from the hospital. “And the opioids are coming back again nationally. So the patients are quite sick that are coming to the hospital.” 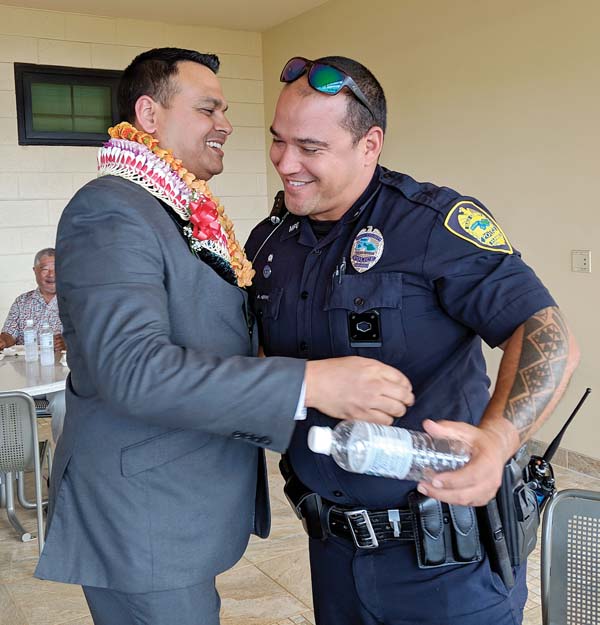 He said police officers are reporting that it’s been difficult to get people into the hospital for mental health treatment, noting that an adolescent mental health unit hasn’t been reopened there.

Twenty-two people, including 10 police officers, graduated from the 40-hour training that included classroom sessions and meeting with people using mental health services in the community.

“They just want to be treated like a human being,” said 2nd Circuit Family Court Judge Adrianne Heely, who was among the graduates.

She said she has been seeing an increase in mental health concerns or issues as she presides over juvenile cases and involuntary commitment hearings in court.

She said some defendants are arriving on Maui with one-way tickets from the Mainland.

“This gives me a whole new perspective and a respect for the first responders,” she said. “It’s eye-opening.”

“It’s good to get introduced,” Heely said. “Everyone knows what each other’s role is, and we have a collaborative team effort.”

With the graduation Friday, more than 100 Maui Police Department officers have been trained to recognize and approach mentally ill people in crisis, said Chief Tivoli Faaumu.

He said police support the use of de-escalation techniques to “try to talk people out of something that might get them in trouble.”

“Law enforcement was created to deal with criminal elements, but now we face social issues in our community,” Faaumu said.

Rampersad said about one-third of MPD officers have completed the training for a rate higher than the national guideline of 25 percent.

By using skills to de-escalate situations, officers use less force and are less likely to be injured and needing to take time off from work, Rampersad said. “They’ll feel good about the work because they’re helping,” Rampersad said. “Everybody wins.”

Kihei patrol officer Eric Grundy said officers have seen an increase in homeless people, including many who seem to be suffering from mental illness.

With the training, “it really helps you to kind of understand where people with mental illness are coming from when you’re coming up to their crisis,” Grundy said.

“It really opens our eyes a little bit,” he said.

A Crisis Intervention Team officer is usually on scene when police officers respond to calls, Grundy said. After watching and speaking with CIT officers, Grundy said he decided to volunteer for the training.

“I wanted to dive in and get the full benefits,” he said.

The training was the eighth since the program was started in January 2013 by police working with Rampersad, who at the time was forensic coordinator for the state Adult Mental Health Division.

Rampersad, a psychologist who now lives in Phoenix and is on the CIT International board of directors, returned to Maui with money provided by a defendant who was arrested and charged with assaulting a Crisis Intervention Team police officer who used techniques learned in the training in responding to the call in Kihei. As part of a plea agreement resolving the criminal case last year, the defendant made a charitable donation of $7,000 to the Maui Police Relief Association that was used for Rampersad to return and lead the training.

Deputy Prosecutor Andrew Martin came up with the idea for the defendant to make the donation in a “creative judiciary process” for the case that was handled by Deputy Prosecutor Lyle Keanini, Rampersad said.