Council looks to have final say over injection wells settlement 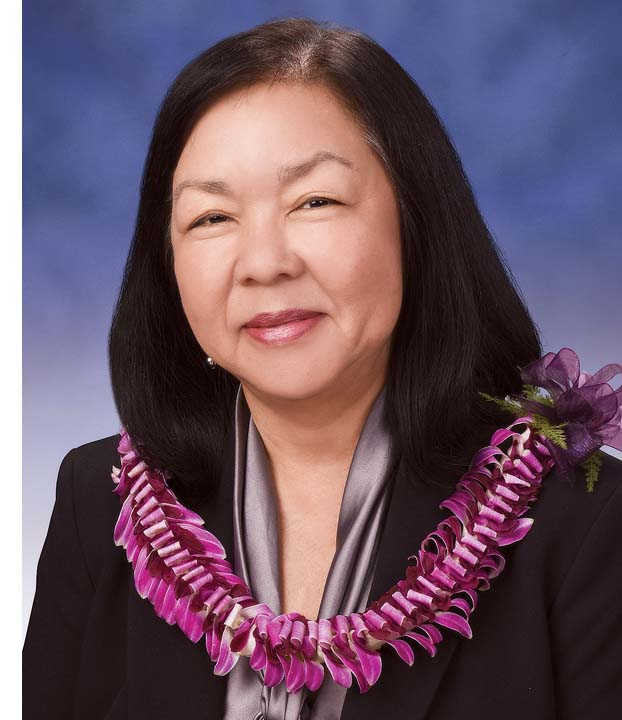 The Maui County Council is mulling a resolution that would allow members to settle the longstanding injection wells case that is headed for the U.S. Supreme Court.

Chairwoman Kelly King, who proposed the resolution, said at a meeting Tuesday that she wanted to see the county withdraw its appeal and instead focus on solutions and the settlement. King feared that the high court could rule in favor of the county and in doing so demolish the Clean Water Act.

“Maui County should not be in that position to lead that charge,” she told the council.

King’s resolution was referred to the Governance, Ethics and Transparency Committee after a motion to waive the council’s rules — which would allow the council to act on the resolution on the floor — failed.

The county has been mired in a seven-year legal battle over the use of injection wells at the Lahaina Wastewater Reclamation Facility. In 2012, four environmental groups sued the county over the wells, saying the effluent was reaching the ocean and impacting coral reefs. In 2014, the U.S. District Court in Hawaii ruled that the county’s use of injection wells was a violation of the Clean Water Act.

The county appealed to the 9th U.S. Circuit Court of Appeals and lost in February 2018. The court denied the county’s request to reconsider the ruling in March 2018.

However, earlier this year the U.S. Supreme Court agreed to hear the case after circuit courts around the country were split over their rulings on the reach of the Clean Water Act. The court could hear the case as early as October.

King said that Mayor Michael Victorino has the unilateral authority to pull back the case. The resolution she proposed would invoke an ordinance passed in 1999, where a council committee report noted that the purpose of the ordinance is to give the council authority to settle claims and lawsuits even in cases in which the corporation counsel recommends against settlement, according to information obtained from Council Services following Tuesday’s meeting.

King reminded council members that a vote Tuesday in favor of her resolution was not an approval or disapproval of any settlement, but a first step in the matter.

Council Vice-Chairwoman Keani Rawlins-Fernandez made a motion to waive the council rules, which would allow the council to act on King’s resolution on the floor rather than follow the standard procedure of committee referral. But the motion failed by a vote of 5-4; a least six votes in favor were needed to waive the rules.

The resolution calls for all settlement offers in the case to be sent to the council for approval or disapproval. However, supervising legislative attorney David Raatz said after the meeting that based on statements made Tuesday by corporation counsel representatives, the department “believes they’re already obligated to submit all settlement offers to the council. That may obviate the need to invoke the ordinance’s provisions.”

Hokama said he felt the matter needed to be taken to a committee where a thorough executive session could be held and council members could hear information from when the case started until today.

With the Supreme Court ruling on the county case, Hokama said this will bring clarity to other counties with similar issues.

He said the county was not in the position to “gut” the Clean Water Act but to clarify it. Congress has the overall power to amend the law if need be, he added.

Hokama added that the county does care about the environment and that it has put money towards environmental concerns. There is “keiki o ka ‘aina” (children of the land) in all of us, he said.

“We understand the mauka to makai connection. We all live it. That is not why we are going to court,” he added. “Other members need to know the facts of why we are here today.”

Other members in opposition to waiving council rules also wanted to vet the matter in committee, with Molina calling this a “potentially landmark case” and wanting to also give the public more input into the matter.

Molina said members were in a budget meeting until 11:30 p.m. Monday and that “our minds our tired,” so it would be best to discuss the matter in committee at a later date.

“I think the public would expect us to have well-rested minds to be clear,” he said.

Paltin, too, preferred to have the matter referred to committee, but said timing was crucial with the case potentially headed to the court this fall.

She said the community is united in not wanting any more harm to result from injection wells. Even back in 2007, when the Environmental Protection Agency said at a meeting in Lahaina that the injection wells were harming the reefs, everyone agreed and wanted it stopped, she said.

“It was like a miracle, nobody in the room agreed on anything in the past,” Paltin said.

She also pointed to how the federal and national situation “is drastically different” from the Obama administration. Earlier this month, the EPA issued an interpretative statement saying that pollutants that reach the groundwater and are carried to surface waters, like the ocean, are not included under the Clean Water Act — essentially siding with Maui County.

Rawlins-Fernandez said if the resolution went to committee instead of to a vote on the floor Tuesday, it could be several months down the line before the council could take action on the lawsuit.

Testifiers, including lawsuit plaintiffs, urged the council to adopt the resolution and seek to halt the Supreme Court case, which they agreed with King could harm the Clean Water Act. They also worried the ongoing case would give more money to outside corporate attorneys hired by the county and overall be a loss for Maui County residents.

“Your weapon is to take this resolution and pass it,” she added. “So you will have the power to look at this settlement agreement and stop this case. . . . We already waited long enough.”

He said if the county stops its appeal it would involve a $2.5 million “down payment to fix the problem,” rather than large fines.

In a news release last week, Victorino announced that he would be resurrecting the county’s longtime water reuse program, which has been on hold due to the injection wells case. County lawyers said that if the 9th Circuit ruling were to stand in this case, that could mean “civil fines of more than $53,000 per day and possible criminal prosecution if there were a detectable connection between a water pollution source and the ocean.”

On Tuesday, county spokesman Brian Perry said that “referral of this issue to committee was a prudent course of action.”

“It will give council members and members of the public more time to consider the issues of this complex case,” he said. “Meanwhile, the administration of Mayor Michael Victorino remains committed to finding solutions that move Maui County away from dependence on injection wells and toward the most beneficial use of recycled water.”