Hale Mahaolu Lahaina Surf will not raise rents on tenants

Housing complex only looking to raise subsidy that HUD pays 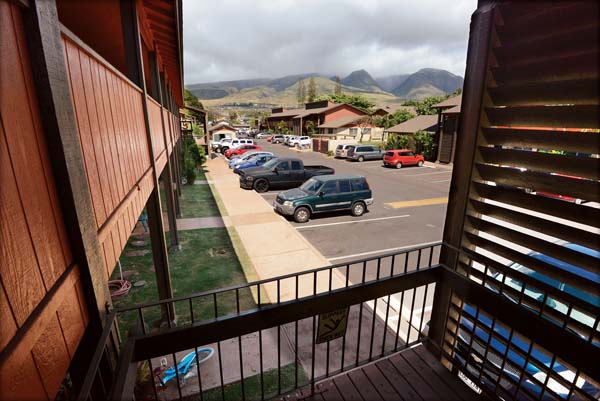 Tenants at Hale Mahaolu Lahaina Surf will not have to pay higher rents as some had feared. A letter went out to tenants last week informing them of a proposed increase, but Hale Mahaolu Executive Director Grant Chun explained Thursday that the increase would not be to tenants, but rather to the subsidy that the U.S. Department of Housing and Urban Development pays. The Maui News / MATTHEW THAYER photo

Amid alarm over a proposed rent spike at a Lahaina affordable housing property, its director clarified that the increase would not be paid by residents and that their rent will remain the same.

A letter was sent Friday to Hale Mahaolu Lahaina Surf residents notifying them of a proposed increase that would more than double rent. The notice said rent would go from $738 to $1,510 for one-bedroom units and from $888 to $1,940 for two-bedroom units, citing the need for funding maintenance, utilities, repair and replacement reserves, along with general operations. Electric allowance increases from $98 to $105 for one bedrooms and $122 to $131 for two bedrooms are also proposed.

“The increase wouldn’t be an increase to rents that tenants pay, but what HUD subsidizes for the cost of providing the unit,” Grant Chun, Hale Mahaolu executive director, said Wednesday. “If the rent increase to total rent is approved by HUD, what people pay doesn’t change at all.”

Through the U.S. Department of Housing and Urban Development, eligible families pay 30 percent of their adjusted gross income toward rent that is controlled by Fair Market Rents as established by HUD. HUD then subsidizes the difference between the tenant’s portion and the actual rent.

Hale Mahaolu, a nonprofit agency that manages hundreds of affordable housing units for the elderly and lower-income families, has 22 residents at its 112-unit Lahaina Surf location. The site is one of 15 Hale Mahaolu properties in Maui County.

When the notice was distributed, Chun said, some were confused.

A concerned family member of a Lahaina Surf resident recently sent the letter to media outlets.

“From speaking with our manager out there, tenants understand now,” Chun said. “Originally there was some misunderstanding.”

Sending the rent increase notice to residents is protocol for HUD properties, explained Chun, and the nonprofit partners with HUD officials to craft the request. The director anticipated that the request will be granted.

Still, if it is not approved, “we cannot raise rents,” he said.

“It’s at a stage in its life cycle where there is a constant need to refurbish, repair, restore,” he said. “The increased subsidy will help build that fund so there are monies that will continue to maintain and improve the project.”

Hale Mahaolu will send its request to HUD on May 6.

“We are really proud of Lahaina Surf,” Chun said. “It’s a beautifully maintained and cared for location.”