Mid to late July may be a better estimate, official says 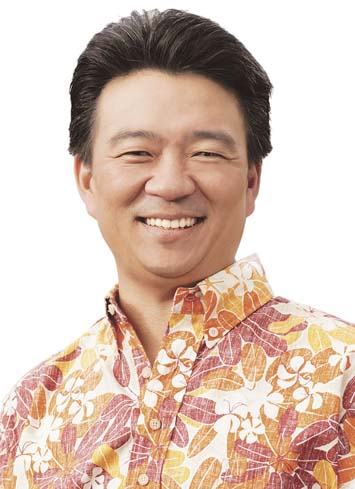 Mahi Pono has pushed back its first plantings from June to July on old sugar fields it purchased from Alexander & Baldwin with the first harvest expected in October, a company official said.

“It is tentatively still scheduled for sometime in July, but it won’t be the first week,” said Dawn Hirai, Mahi Pono spokeswoman.

The company announced in early May that it was preparing to plant its first 400 acres in June.

Tsutsui said on the show “Holo I Mua” that the first crops would be fingerling potatoes, bell peppers and Maui onions.

“We anticipate being able to harvest the crop in early October, which is why we have already engaged in many discussions with some of the local restaurants, hotels, to make sure we are providing something that they want,” Tsutsui said on the show.

Mahi Pono declined to comment Thursday on the location, the date, water usage and other details of the first planting.

Victorino recently toured the area of the first planting, which is about 300 to 400 acres in Puunene, south of the mill, according to county spokesman Brian Perry. Portions of the tour were aired as part of the broadcast.

“Our crop plan changes probably every day . . . sometimes by the time it gets to print, it’s already changed,” Tsutsui said on the show. “As we continue to move forward, we want to make sure the things we’re planting are things that the community wants, something we can supply to ourselves here locally and that make the most sense, so we can use these shared resources, whether it’s land or water.”

When asked by host Bill Snipes about general water use and whether the company plans to store water or capture rainfall, Tsutsui said the company is being mindful about the important resource.

“It’s something we’ve talked about prepurchase, how we would need to make some substantial changes in the way we do the water delivery and the water diversion,” he said. “We want to be very mindful that the water assets belong to our entire community, and we want to be good partners and good neighbors.”

Tsutsui then discussed having tools for improving water usage, diversion and monitoring.

“Having the best technology, having the best irrigation ponds or irrigation systems that we can possibly have, those things are very important to us,” he said. “We want to be able to monitor the water that we are diverting, we want to make sure we’re reducing evaporation, that we are able to store water on high flows so during the summer months, when everyone else needs the water, that we will hopefully have enough.”

The company did not say how much water it would need for crops this year, nor whether it planned to pursue a revocable permit or long-term lease from the state to allow East Maui Irrigation, of which Mahi Pono is half-owner, to deliver the water to its fields.

A&B currently has a one-year revocable permit from the state to draw water from state lands in East Maui and to transport it to Central Maui and Upcountry. The permit runs out in December, and bills in the state Legislature that would have extended A&B’s ability to obtain future revocable permits failed this past session.

Also in the broadcast, Tsutsui praised the local Mahi Pono team, including farm manager Darren Strand, and said none of the company’s California principals are “intending to move here.” Mahi Pono is a joint venture of California-based Pomona Farming and the Canadian Public Sector Pension Investment Board.

“They want it to be a locally operated company,” he said. “They want the team to be organically grown here.”

Larry Nixon, one of the first publicly announced Mahi Pono hires in January, resigned his post last month. He was hired as general manager of farm operations and came to the post with managerial-level experience at MacFarms of Hawaii on Hawaii island; Malin Potato; Roll International, now known as The Wonderful Co.; and fruit producer Sun Pacific.

The native of Bakersfield, Calif., will remain on board through June “to help transition his roles and responsibilities” to Strand, the Mahi Pono news release last month said.

The mayor’s television show, “Holo I Mua,” airs at 7 p.m. on the first Wednesday of the month on Akaku. Archive episodes may be viewed on Akaku’s Vimeo page vimeo.com/akaku.