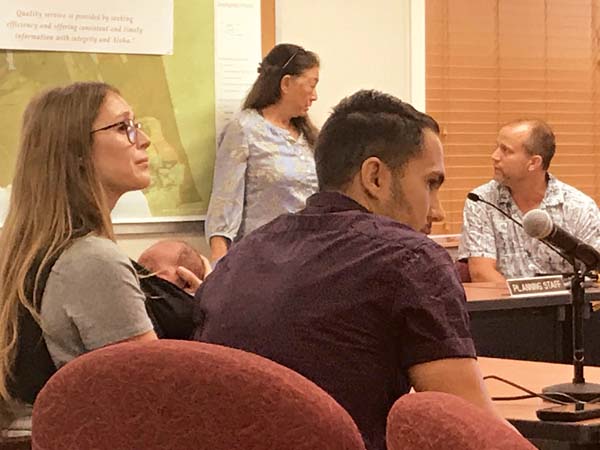 WAILUKU — The Maui Planning Commission on Tuesday approved a special management area use permit for a gas station and an 800-square-foot convenience store on a corner of the Lahaina Cannery Mall property near the intersection of Honoapiilani Highway and Keawe Street.

After an initial vote by members came out to four in favor and two opposed, Chairman Lawrence Carnicelli cast a deciding vote in favor. The project is being proposed by mall owners Lahaina Cannery Retail Owner L.P., an affiliate of U.S. Realty Partners. Safeway anchors the mall.

The gas station would have eight fuel pumps, and plans also include cutting total parking stalls at the complex from 719 to 638, which is still above the 550 stalls required. The project would cost $950,000, according to county planning documents.

The commission deferred an initial decision on the permit at its meeting in April, as members wanted more information on the traffic impacts and the installation of the tanks for the gas station, which is in proximity to Kahoma Stream and the ocean. There was no quorum at the commission’s June meeting, so no action was taken until Tuesday.

Vice-Chairman Christian Tackett, who voted against the permit, said he felt the station was not in the right spot and was too close to the ocean.

He was also worried about the new station’s effect on other nearby mom-and-pop stations.

“There is a large amount of gas stations there already,” he said.

But Tackett commended owners and consultants, who pledged on Tuesday to establish electric vehicle charge stations at the mall as well as installing a photovoltaic system on the canopies of the station, even as consultants said it wouldn’t pencil out. Those two pledges are among five new conditions added to the permit.

Commissioner P. Denise La Costa, who cast the other vote against the permit, also appreciated the new pledge for PV.

But as a Lahaina resident, she travels past the mall along Honoapiilani Highway five out of seven days a week and noted that traffic is bad in that area.

Recently it took her around seven minutes from the Kapunakea Street to Keawe Street intersections along Honoapiilani Highway, which is parallel to Lahaina Cannery Mall, she said.

Commissioner Keaka Robinson, who voted in favor of the permit, said the traffic already existed in the area before the project and it will still be there after the project.

He said maybe if there is traffic, motorists may decide to fill their tanks and get off the highway, or maybe motorists will just sit in their cars to get through traffic.

In regard to the fears of how much traffic the station would generate, Robinson said there may not be as many cars heading into the station as some fear.

Overall, Robinson said, local people can shop at Safeway and can get some discount gas.

“Hopefully that is a benefit for the Lahaina side,” he said.

Carnicelli said he is concerned about issues surrounding traffic along with the possible environmental impacts, but said he also needed to look at what it takes to deny a permit and come up with factual reasons.

And in this case, the project does meet the requirements of the permit, he added.

Among other conditions added to the project Tuesday were scheduling the fueling of tanks around peak traffic times, which are between 7:15 to 8:15 a.m. and 3:45 to 4:45 p.m.

The owners would also comply with any traffic mitigation measures as needed with the state and the county and also follow all Environmental Protection Agency and state Department of Health guidelines and rules pertaining to fuel storage tanks as well as have and implement remediation plans for any tank failure.

During a presentation Tuesday, consultants said that the soil around the tanks underground is clay, so if there were any leaks, which were unlikely, the fuel would not go far, because there is less permeability.

As for the tanks’ location, Jeff Overton, principal planner with G70, said the underground storage tanks are double-walled and around 300 feet from the Kahoma Stream channel, or about a football field away. The tanks are also more than 1,000 feet away from the ocean, a similar distance from the ocean as other gas stations in Lahaina.

He said there is a 24-7 leak monitoring system and the tanks meet all Environmental Protection Agency requirements.

Sohrab Rashid, a principal at Fehr & Peers, which conducted a traffic impact study for the project, said that most of the gas station traffic, or 50 to 60 percent of it, would come from traffic already shopping in the area, so they are not making any new trips to the station.

Consultants said the gas station could help with more competitive gas pricing in the area but isn’t aimed to shut down any other gas stations.

In other commission business, the commission voted 5-1 in favor of granting a short-term rental home permit for actor-actress couple Carlos and Alexa PenaVega to operate Hale Kai, a three-bedroom short-term rental in the A-1 apartment district at West Kapu Place in Kihei.

The matter had to be heard before the commission as there are three permitted short-term rental home operations located within 500 feet of the property. (At least two rentals is the trigger.)

In a meeting in May where there was bare quorum, the permit needed five votes but failed with four in favor and one opposed.

Several residents who had come to oppose a separate project back in May testified against short-term rentals in general but said they had no personal opposition to the PenaVegas. At least a couple of commissioners Tuesday expressed their opposition to short-term rentals, but one noted that since there are many others in the area, this one wouldn’t impact the neighborhood as badly as others.

Robinson, who voted against the permit again as he did in May, said he felt as though the commission was “rezoning” the area, as there are many transient rentals.

But Robinson also congratulated the couple on their newborn son, who joined them at Tuesday’s meeting.